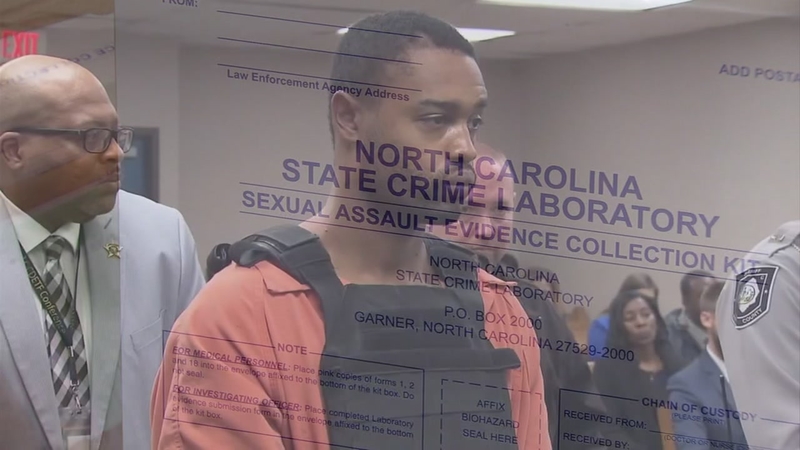 FAYETTEVILLE, N.C. (WTVD) -- Wednesday's admission from the Robeson County District Attorney that overlooked evidence in a 2016 rape case might have prevented Hania Aguilar's death has spurred action on several fronts in hopes of preventing other such crimes.

"In all likelihood had this gone forward and we established a case against him at that time. Hania would've not had died," said Johnson Britt, District Attorney for Robeson County.

Britt said that in 2016, a rape kit was sent out for testing but the initial results naming Michael McLellan as a match were overlooked by the Robeson County Sheriff's Office.

Had McLellan been confirmed as a match, prosecuted and convicted, he would have been behind bars, thus unable to commit more crimes.

On Thursday, newly elected Robeson County Sheriff Burnis Wilkins said in a statement that an investigation has begun within the Internal Affairs Division "regarding this serious matter brought forth by the Robeson County District Attorney's Office."

Wilkins said he will serve the citizens of Robeson County "with transparency and within an ethical manner."

Wilkins said since taking office Dec. 3, he had been briefed by the DA's Office about the Hania Aguilar case and about the 2016 incident.

"Again, we are in the infant stages of the investigation, and once we determine what occurred, the citizens will be made aware of the findings," Wilkins said.

Meanwhile, a state crime lab audit in February found that more than 15,000 rape kits weren't tested, depriving detectives of the opportunity to match felons such as McLellan to other violent crimes.

"And I can say as of last month our backlog is down to 50 and will probably be down to a single digit here soon," said Lt. John Somerindyke.

Somerindyke has been at the Fayetteville Police Department for years but now heads up the Cold Case Rape Unit. In fact, he recently nabbed the "Ramsey Street Serial Rapist."

He also remembered a time when the Fayetteville Police Department found itself in a scandal.

"Yeah I think the biggest thing after reviewing a lot of those old reports was I don't think we placed an emphasis on those types of cases, others maybe were a priority over rapes," said Somerindyke.

Fast forward to three years later, FPD is leading the charge in getting kits out the door and tested. That's thanks to a $1 million federal grant that allows the department to bypass the overwhelmed state crime lab and send DNA kits to a private lab.