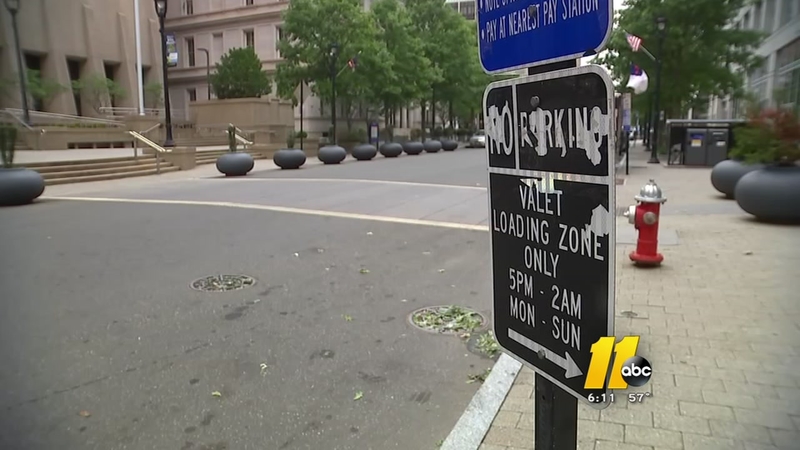 On Thursday, three separate drivers were towed out of a valet parking area on Fayetteville Street. They argued the signs are really confusing and hard to even read. When we took their complaints to city officials, they agreed to make changes.

The signs were replaced Friday afternoon.

ABC11 was there Thursday evening as one woman was trying to talk down an attendant. A towing crew rolled up and begin prepping her vehicle to put on a bed to haul away.

"They should not have done that," said City of Raleigh Parking Administrator Gordon Dash.

The city says Royal Parking, a company that has three spaces along Fayetteville Street for valet parking, was out of order in calling in a tow company. Only police have the authority to remove cars from city streets.

ABC11 has reached out to Royal Parking for comment, but has not heard back.

The city said the valet company could be fined for violating its agreement and the owners of the towed cars will be reimbursed.

"This is an unusual situation. It's not one that I have been exposed to myself in my 10 years with the city," Dash said.

The drivers whose vehicles were wrongly towed will be getting back $125.

To receive the money, those drivers are being encouraged to call Unlimited Recovery at (919) 790-9393.