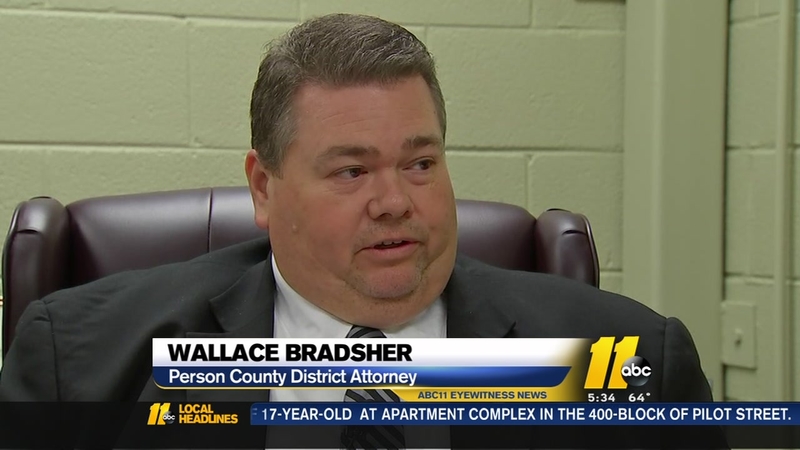 ROXBORO (WTVD) -- District Attorney Wallace Bradsher sounded off exclusively to ABC11 on what he called an evil political attempt to discredit his staff of 14 in Person, Caswell and Rockingham counties.

His reaction came after fallout and scrutiny from recent published reports that his office is under investigation for allegations of stolen money.

"That is absolutely not the case." Bradsher stated.

In a statement - the State Bureau of Investigation released this:

"On July 25, 2016, Superior Court Judge Joseph Crosswhite requested the SBI investigate allegations of possible theft of state funds from the Administrative Office of the Courts."

Bradsher said the SBI statement is vague and does not provide details and context.

"No money has been taken, and I want to clarify here today," Bradsher said, "the issue is whether a former employee of mine was accurate in their timekeeping of the hours that they worked. That's it."

What's not clear is what prompted the initial investigation.

ABC11 spoke with Judge Gentry by phone. He denied he's using the investigation for political gain.

Gentry said he did not initiate the investigation, and he has not talked to the SBI. The SBI will turn over the results of its investigation to a superior court judge who will decide what happens next.

The SBI did not give a timetable and the NC Administration of Courts did not have comment on this report.