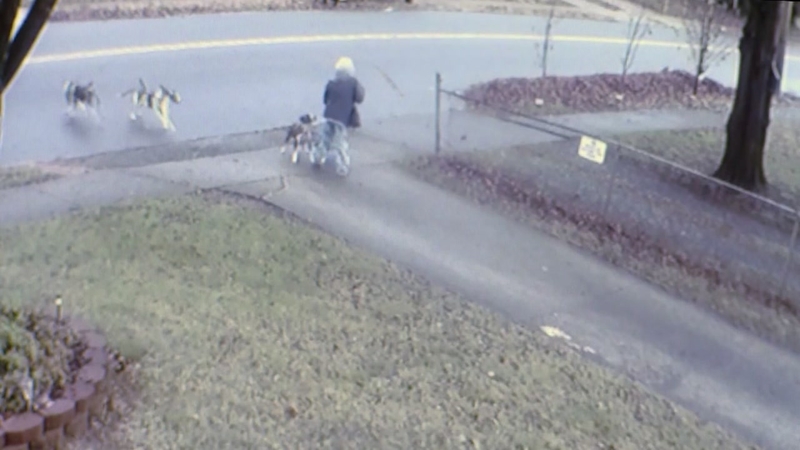 WINSTON-SALEM, N.C. -- A pack of dogs attacked a North Carolina woman as she walked down a city street, according to WXII.

The attack happened in Winston-Salem. A woman in her 60s ended up on her back with four dogs clawing and biting at her.

"I hear someone screaming," a neighbor who didn't want to be identified said. "I wasn't sure if it was around my house in this area or where, but the screaming was 'Help me! Help me!' Very weak sounds."

The woman's cry for help was answered.

A neighbor rushed to the woman's aide, grabbing a purse and scaring off the dogs.

"The lady was laid down in the driveway. Four dogs around her biting, so I run to her immediately; I was screaming 'Get out. Get out,'" the neighbor said. "She told me 'Please, my leg my leg.' She had pajamas, I pushed up the pajamas she had a very large and deep injury. I think I saw her bone."

The dogs bit and scratched the woman's legs, arms and head. She went to the hospital for treatment.

The dogs were located running loose in a nearby yard. The dogs' owner was arrested and faces thousands of dollars in fines.