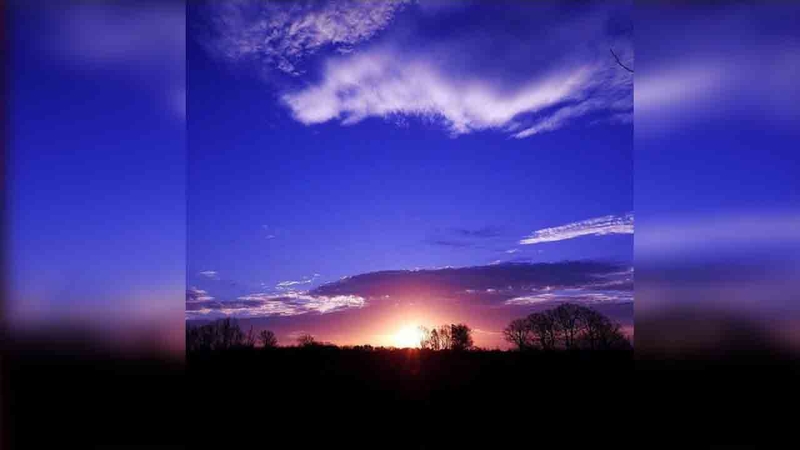 PERSON COUNTY (WTVD) -- A Roxboro man has a new hobby and it's all thanks to two women who follow him on social media.

Kelly Horner said it all started when he took to social media to make a positive impact on the world by giving those who can't experience nature the way he does that same opportunity.

"I guess the sunrise and the sunset is when it hit me how many people are not seeing this picture every morning because I wake up so early," Horner said. "And when I would post it to the Facebook page, I could tell by the comments that I was getting, I could tell I was making someone's day better."

A financial planner by day, Horner is at the office by 8 a.m. but that doesn't stop him from creating some smiles in the morning.

"I always try to share it with people so they can see what they're missing and not take things for granted," he said.

His online journey started after he began posting about the sights he'd see on his working walks, but when he took a few days off ... his followers noticed.

"A couple of ladies sent me a message, they were in the hospital (saying they missed his posting) ... it's kind of touching, it made me a little emotional, ya know ... trying to do something to help somebody who is sick."

After that, Horner said he went out and bought a camera - he'd been using his phone for his photography beforehand - and his creativity took off.

But Horner said that's just part of his story.

"I love doing it," Horner said. "I get up at 5:30 in the morning to go walking and take pictures, and I just love nature and it's a stress reliever for me."

His main pieces focus on sunrises and sets, birds, the moon, and anything breathtaking.

But for Horner, it's not about the like and the shares.