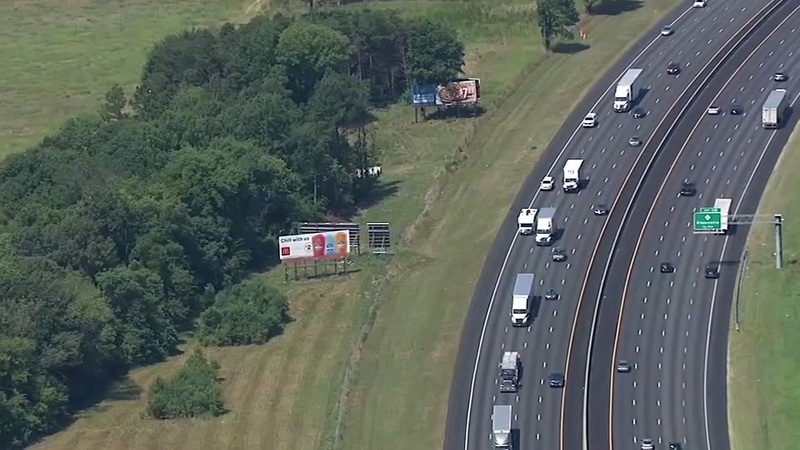 RALEIGH (WTVD) -- The battle to ban billboards began in the late 1980s in North Carolina and municipalities were pretty successful at passing ordinances to limit what their leaders deemed visual pollution.

Raleigh now has far fewer billboards than it did back then and those that are still in the Capital City are limited in height.

But that could change under H.B. 645 which has passed the state house and is up for a vote in the senate Monday.

"For the first time in the last three decades we now have a bill that's going to make it so that we have signs possible on every corner of the City of Raleigh as long there is some kind of state highway nearby," Ryke Longest, the chair of Scenic America told ABC 11.

Longest, who has lived in Raleigh for 45 years, is also the director of the Environmental Law Clinic at the Duke University School of Law.

He believes H.B. 645 will open the door for more standard billboards, electronic billboards and taller billboards.

The executive director of the North Carolina Outdoor Advertising Association says Longest is wrong on two of those three points.

"It does nothing to increase the number of signs in any city or town. This legislation is a win-win for the taxpayers and the industry because we get to retain the signs that in most cases the government would have pay for when they're taken from us," T. J. Bugbee said in a phone interview.

He pointed to the Town of Cary which has zero billboards.

He says the town is not opposing the bill.

A spokesperson for Cary confirmed that, saying that while the town is closely monitoring the legislation, it understands the bill mostly concerns relocation of billboards.

And since the town has none there's nothing to be concerned about.

But he did say Longest is correct about the bill allowing for taller billboards.

Longest believes many of the billboards that are raised in height will also be converted to electronic signs creating not only more visual pollution but dangerous distractions.

Bugbee says opponents are engaging in fear mongering and the bill is simply an attempt by billboard companies to get a fair shake in North Carolina.

"It allows for limited relocation of existing outdoor advertising signs which also allows us to keep the signs that we would lose that if, for example, there was a highway widening or something like that," he said. "This a reasonable ask for a business that simply doesn't want to be regulated out of existence."

The bill will be up for a vote on the floor of the state senate in the 2 p.m. session Monday.

Representatives from both sides will be there watching.