House Bill 2: One year later, where does it stand? 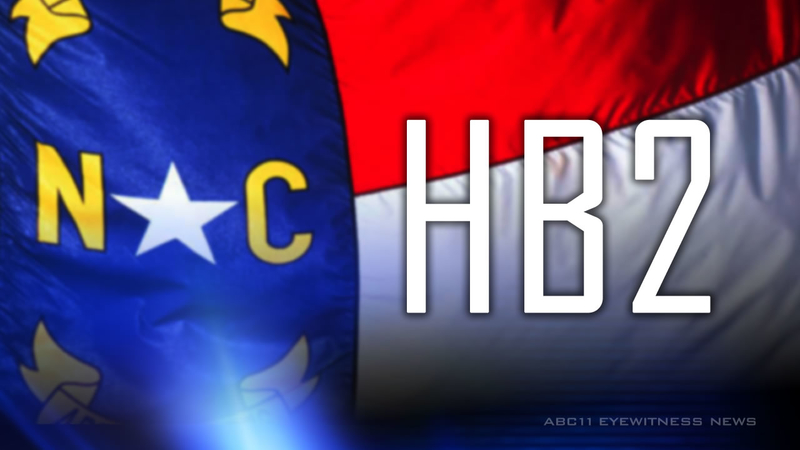 RALEIGH, North Carolina (WTVD) -- It's been one year since House Bill 2 became the most famous - and infamous - piece of legislation in North Carolina.

The controversial law gained national attention for requiring transgender people to use multi-stall restrooms in public buildings that correspond to the sex on their birth certificates and blocks expansion of LGBT rights in local ordinances and state law.


POLL: Do you think North Carolina should keep or repeal HB2? https://t.co/w6cnqwlotF

Since passing, a lot has happened.

The state has seen economic boycotts, national protests, the loss of college and pro sports events and ultimately a change in governorship, all of which can be traced back to the so-called "bathroom bill."

Governor Roy Cooper has repeatedly talked about the urgency to repeal HB2.

Both parties say they're willing to negotiate a repeal, but can't seem to agree on a compromise even one year after the controversial law was passed.

The latest attempt to repeal HB2 comes from a Democrat pitching an old idea from Republicans.

Senate Bill 332 proposes a full repeal of the law plus a 30-day "cooling off" period after the legislature adjourns this summer.

What that means is that cities wouldn't be allowed to pass any changes to anti-discrimination ordinances.

It was offered by Republicans last year in a special session, but was rejected by Governor Roy Cooper and other Democrats.

The Democrats have presented numerous proposals to repeal the law that have been rejected by the Republican majority.

Meanwhile, opponents of the controversial law are expected to gather in Raleigh Thursday for the one year anniversary.

They are slated to hold a news conference and visit the offices of Republican lawmakers, they say, promised to repeal the law but didn't.