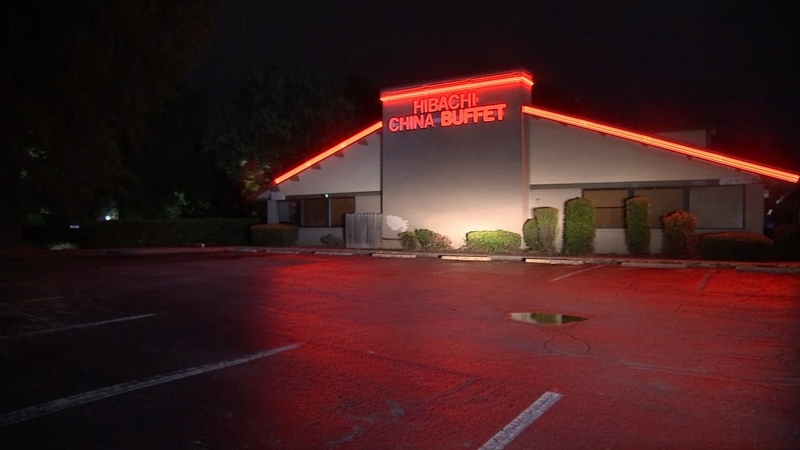 RALEIGH, N.C. (WTVD) -- A man is behind bars accused of stabbing two women before robbing a restaurant in Raleigh on Wednesday night.

Raleigh Police Department said it all began around 8:45 in Northeast Raleigh.

Two women were found stabbed on Dansey Drive near Highway 401. They were taken to the hospital for treatment.

The man suspected of stabbing the women drove off in a hurry, crashing into multiple cars on his way.

After driving about a mile down North New Hope Road, he jumped out of the car and ran into the Hibachi Buffet. With his knife still in hand, police said he robbed the restaurant and took off again.

He ran down the street and into a PetSmart. That's where officers caught up with him and took him into custody.