Raleigh mother and son catch whooping cough despite being vaccinated 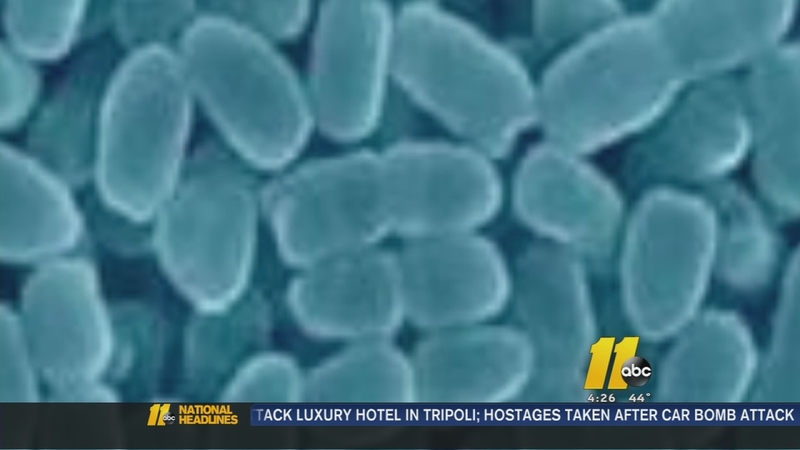 Mother and son catch whopping cough despite being vaccinated

While we're not seeing those kinds of numbers here in North Carolina, that doesn't mean it's not headed our way. The last time the nation saw a series of outbreaks it also started in California, and outbreaks tend to be cyclical in nature, occurring every 3-5 years. North Carolina last saw a large number of cases in 2012. And, recently, our state has seen a number of cases popping up, including a mother and son in Raleigh.

The little boy, 2-year-old Dean Logan, is doing OK now, but earlier this fall he came down with a persistent cough that left his mother worried.

"It was just a really nasty dry cough that wouldn't go away," said his mom, Lisa Logan.

And after he finally started to improve a month later, then Lisa became sick, too.

"It was just a really hard cough that just wore you out and I had to go to the doctor and it was the third trip to the doctor, I got a second opinion, and she immediately knew what it was."

A blood test confirmed that it was whooping cough, so it was reported to the health department which investigated and said that's what Dean likely had, and Lisa then got it from him. But, the news came as a shock since they'd both been vaccinated.

Mark Piehl, M.D. is the Medical Director at the WakeMed Children's Hospital. He says it's not unheard of for this to happen.

"Of the vaccines we give to children, it's probably the one that's least effective in preventing 100 percent of cases," admits Piehl.

So why is it less effective? Dr. Piehl offers one explanation.

"The formulation of it was changed about ten years ago, because of concerns over vaccine reactions, so it was made a much safer vaccine. But, in changing the formulation the length of immunity we get from the vaccine has been shortened."

While Dr. Piehl didn't treat Lisa or Dean he said the fact that they were vaccinated no doubt lessened the severity of their illnesses. And that's something Lisa's own doctor reiterated. But, that small comfort is tempered by knowing they might have contracted this in the first place due to other people not vaccinating themselves or their children.

"I'm really disappointed that there are other moms out there that are not vaccinating their kids, because they're endangering my kid."

Health professionals, including Dr. Piehl, say the best way to prevent whooping cough is to get the vaccine, and it's especially important for children and pregnant women. And keep in mind, even if your child is vaccinated they don't develop full immunity till they're three years old, leaving them susceptible to others with the illness.

-Runny nose
-Low-grade fever (generally minimal throughout the course of the disease)
-Mild, occasional cough
-Apnea -- a pause in breathing (in infants)

Also, from the CDC:

Pertussis can cause violent and rapid coughing, over and over, until the air is gone from the lungs and you are forced to inhale with a loud "whooping" sound. This extreme coughing can cause you to throw up and be very tired. The "whoop" is often not there and the infection is generally milder (less severe) in teens and adults, especially those who have been vaccinated.

In infants, the cough can be minimal or not even there. Infants may have a symptom known as "apnea." Apnea is a pause in the child's breathing pattern. Pertussis is most dangerous for babies. About half of infants younger than 1 year of age who get the disease are hospitalized.

For more on the pertussis vaccine: http://www.cdc.gov/pertussis/vaccines.html

For more on the current outbreaks in California and the ties to clusters of unvaccinated communities:
http://abcnews.go.com/Health/unvaccinated-clusters-leave-communities-vulnerable-illness-research-shows/story?id=28346626
http://abcnews.go.com/Health/whooping-cough-back-vengeance-california/story?id=27444674
http://www.cdph.ca.gov/programs/immunize/Documents/Pertussis_Report_1-7-2015.pdf