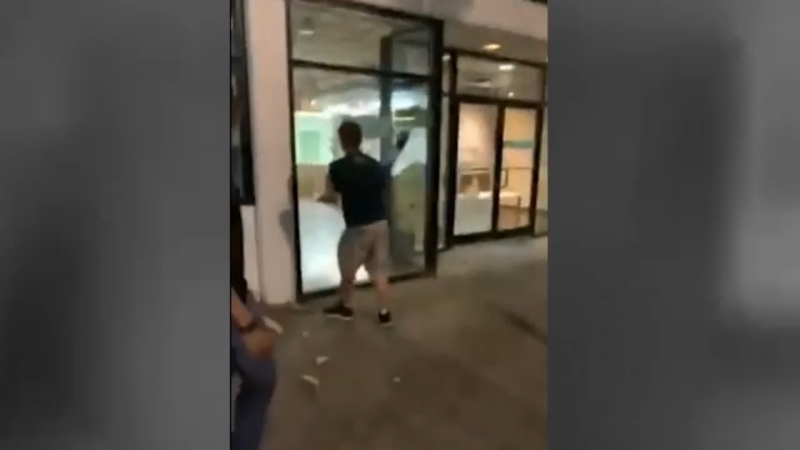 The video, from Sunday night, shows other men in the crowd stopping the vandal from doing more damage.

It happened after hours of peaceful protests supporting and honoring the memory of George Floyd in downtown Raleigh.

The video shows the man, who is white, smash the windows of Tama Tea and Ray's Barbershop using a skateboard.

Other men, who are black, then come up behind him and grab the skateboard to get him to stop.

"We cannot let those facts and this moment be overshadowed by the violence and chaos incited in the dead of night by a small number individuals who do not share the same goals as the peaceful protesters," Raleigh Mayor Mary-Ann Baldwin said during a city council meeting on Tuesday.