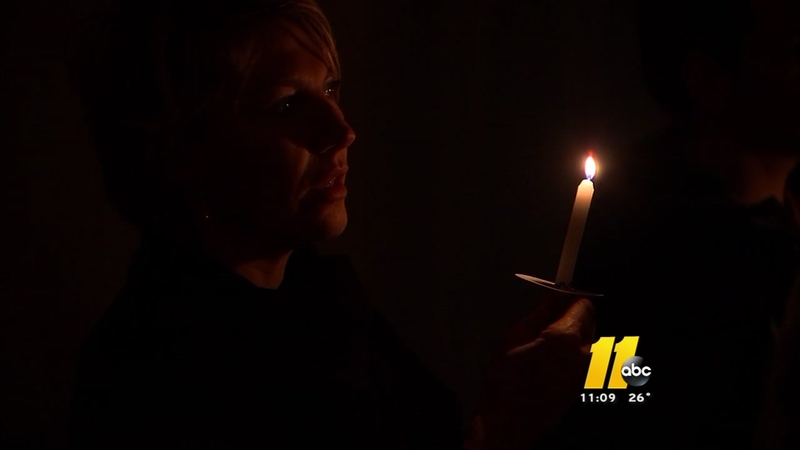 RALEIGH, North Carolina (WTVD) -- As part of a national day of remembrance for gun violence victims across America, several nonprofit groups held a vigil Thursday evening at Davie Street Presbyterian Church in Raleigh. Their goal was to specifically recall the tragic mass shooting at Sandy Hook Elementary School on December 14, 2012.

"We do believe gun violence affects all of us. And where do we go from here?" asked the Rev. Byron Wade, pastor of Davie Street Presbyterian.

TONIGHT AT 11: Attendees at #EndGunViolence vigil sing "We Shall Overcome" as they push for stricter gun control measures. #ABC11 pic.twitter.com/XmbeRrHjoB

Attendance for the nearly 45-minute long vigil was in the dozens; and the thread was evident.

"I'm just tired of every time there's a mass shooting, people are up in arms for a little while and then it gets forgotten. And nothing gets changed in our society," Cindy Ingalls said.

She, along with others, are hopeful stricter gun control legislation is passed so America will be safer. She says the group is often misunderstood.

Dozens of people gathering right now for a vigil to #EndGunViolence. Guy on stage says gun violence kept him from meeting his father. #ABC11 pic.twitter.com/Oamtp1xcoz

"People think because we're against gun violence, that we want to take away your guns," Ingalls told ABC11. "But that's not what most of us are here for."

Durham-born Alton Lucas was one of the featured speakers. Lucas lost his father when his mother was six-months pregnant with him. Tragedy struck again three years ago when Lucas' nephew was gunned down during NC Central's Homecoming.

Lucas, visibly passionate about the group's efforts, had some added criticism of elected officials; many of whom were blocks away at the state legislature involved in their own debacle.