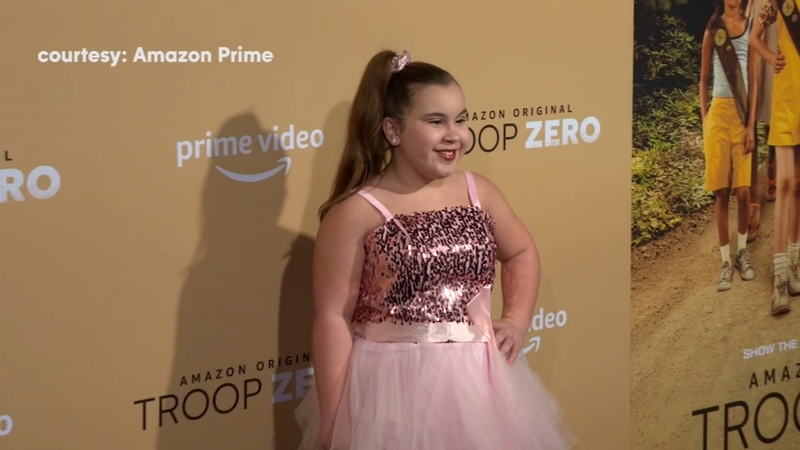 That video launched her into the national spotlight and spring-boarded her into an entertainment career.

She is now 11-years-old and has completed roles in HBO's Euphoria, TBS's The Guest Book and is now starring alongside Oscar winners Viola Davis and Allison Janney in the Amazon Prime original film, 'Troop Zero.'

"I play Smash, she is the funniest bully you'll ever meet," Colon said during a visit to the ABC11 studio to promote the recently released 'Troop Zero' on Amazon Prime.

"I'm like is this really happening right now, or is this a dream?" Colon said about walking the red carpet at the L.A. premiere.

"It was so much fun, I got to see everyone. They've gotten way taller than me!" she added about catching up with her co-stars for the launch.

Colon is excited to play a role as one of the 'misfits' brought together to form a troop of Birdie Scouts. The film takes place in rural 1977 Georgia with a message of embracing who you are.
"It's so much fun and I love inspiring other kids," Colon explained. "So, they can say, 'I can do that. I want to do that.' I want people to know that if they're getting bullied it's not ok and you're not alone."

When she is home in Raleigh, Colon takes improvisation classes at Moonlight Stage Company. She also takes singing and Spanish lessons.

"I'm half Puerto Rican and I want to push Latinas out there more," she said.

Raleigh based actress @iamjohannacolon making her feature film debut in @TroopZeroMovie launching today on @PrimeVideo You may recall, her viral dance recital video to @ArethaFranklin’s Respect. It launched her entertainment career. She stops by #ABC11 at 4. pic.twitter.com/QNBFH9kkR9