What would happen if 'Scandal' took place in the Marvel Universe 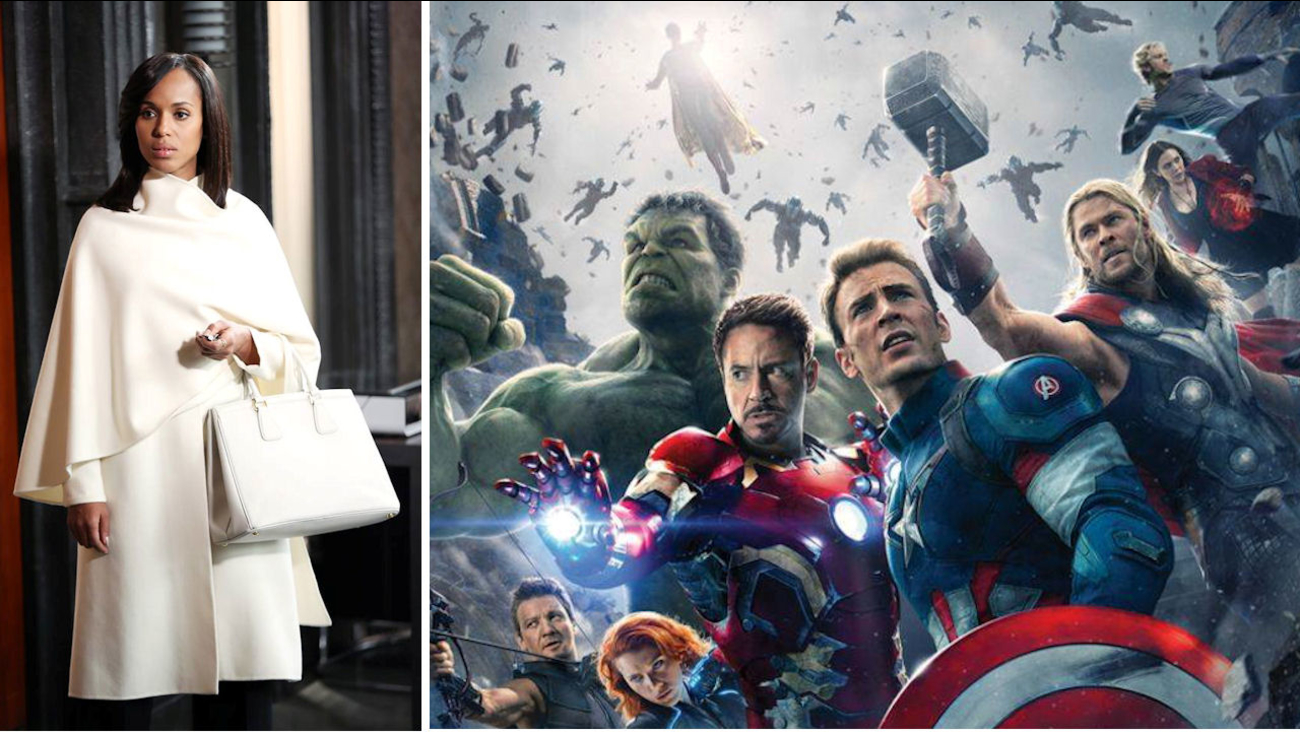 What would happen if Olivia and friends had to navigate Washington D.C. with superheroes and villains running around? (ScandalABC/Facebook|Avengers/Facebook)

They've withstood presidential assassination attempts, escaped from the clutches of terrorists and have even taken down evil secret government spy organizations. But what would happen if Olivia Pope and friends had to navigate the treacherous world of Washington, D.C. politics in the Marvel Universe? Everyone -- heroes and villains alike -- would need to step up their game to maneuver all the super-powered twists and turns.

Here's what would happen if Scandal took place in the Marvel Cinematic Universe:

Olivia Pope and the Incredible Hulk

When Avengers: Age of Ultron leaves off, the Hulk has taken himself off the radar. But we know with Thanos promising some massive destruction in future Avengers movies, the world will need him soon. When they do, he'll have to stage the ultimate comeback by everyone -- including his enemies -- to prove that he's still got it. There's no one who could "handle" that better than the comeback queen herself, Olivia Pope.

Fitz and Cap strike up a public bromance

President Fitzgerald Grant III loves America. Steve Rogers, aka Captain America, loves America. And they'll both stand up for what they believe the country needs. When they strike up a friendship, cue the ultimate patriotic photo-op. But when Cap sees what goes on behind closed doors at the White House, will he stick around?

Rowan (aka Eli) Pope and the Maximoff twins, Pietro and Wanda

Even Pietro and Wanda can't take Command. Before Olivia put Papa Pope behind bars, he was in the business of "collecting" talented people, especially those with no familial ties, as government spies for his organization, B613. It wouldn't surprise anyone who knows Rowan if the twins' mysterious past involved some training with B613.

Abby Whelan and the Vision

Since Vision is new to the superhero scene -- and a product of Ultron -- the American people aren't quite ready to love him. Abby, though, is a believer. The press secretary will use her expertise to mold public opinion, and along the way the timid humanoid could use some of her powerful pep talks.

Cyrus and Iron Man get into some sketchy business

They both play for the "good guys," but Tony Stark's methods have always been dubious and Cyrus' downright sinister. The government wasn't exactly aware of Tony's experiments (you know, the ones that led to Ultron). When Fitz finds out that his chief of staff is the reason for that, it's no wonder he kicks his sidekick to the curb.

Liz, Mellie, and Natasha Romanoff work together -- until they don't

Strong-willed, calculating and not afraid to branch out and do their own thing, these three form the ultimate Girl Power trio. Black Widow offers up her services taking care of the bad guys of Mellie and Liz's choice in exchange for insider government intel to pass along to her boss, Nick Fury. But when Mellie's wrongdoings are exposed, Nat jumps ship and erases any trace of their alliance.

David Rosen puts on his white hat for S.H.I.E.L.D.

David Rosen and the Agents of S.H.I.E.L.D.

An underground organization of "the good guys" who are looking for someone within the government they can trust? Sounds right up Rosen's alley. After all the awful things the attorney general had to do to keep his morally ambiguous colleagues out of trouble, working for a group like S.H.I.E.L.D. would be a refreshing change of pace.