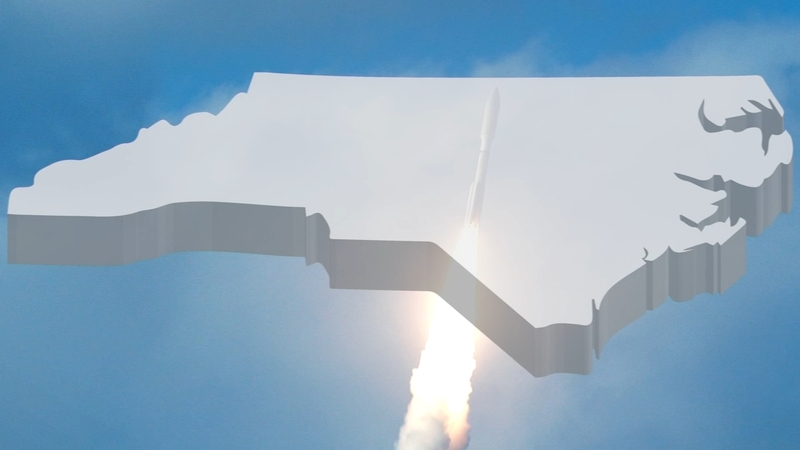 WARRENTON, N.C. (WTVD) -- Remote learning during the pandemic has highlighted a problem that existed long before COVID-19: Many people in rural North Carolina don't have access to fast and reliable internet service.

A new pilot program being tested in three counties could change that.

"It's an exciting opportunity to test a new technology, and to get students in rural areas who don't have internet service now," said Jeff Sural, the Director of the Broadband Infrastructure Office for North Carolina.

His title is a fancy way of saying he's tasked with bringing internet service to every citizen of the state. His job exists because more than 20 years after internet service became common for many of us, there are still many North Carolinians who don't live near the wiring that provides it.

"Some people have to actually leave their home to go find internet connectivity," Sural said.

During the pandemic the NC Department of Information Technology (DIT), where Sural works, along with other agencies have gone to great lengths to provide that connectivity.

To make sure every student in remote learning could find a connection, free wireless internet service was even installed at state parks.

But imagine having to drive your child as far as 30 minutes away so they could take classes online.

Now imagine SpaceX's pizza-sized dish that can bring the company's Starlink internet service to homes in even the most remote areas.

State DIT officials pursued SpaceX because Sural said, "They wanted to test it in areas where there's a lot of foliage or flat areas, mountainous areas, and we have all of that in North Carolina."

All three have school districts that serve many rural students.

We reached out to numerous officials at Warren County Schools, including the superintendent and every school board member, but they declined to be interviewed for this story.

Still, the district is actively participating in the pilot program according to Sural who said, "We are working through the logistics and the paperwork to get them set up, so they can order the equipment from SpaceX."

That equipment is being paid for with federal pandemic funding, as is one year of free service.

But considering the equipment cost $500 and the service $100 a month, Sural knows that will be a barrier for many rural families after the trial period ends just like it is for low-income families in areas that already have wired internet service.

Sural is hopeful that assistance is on the way.

"There are a couple of different options now where we hope there'll be some form of help coming to families that are paying extremely high prices for their internet service," Sural said.

Federal subsidies are expected to arrive next month. Sural said that could be followed by state assistance.

SpaceX is also being lobbied to discount its price for low-income families.