Kids seen on video hitting and spitting while on train 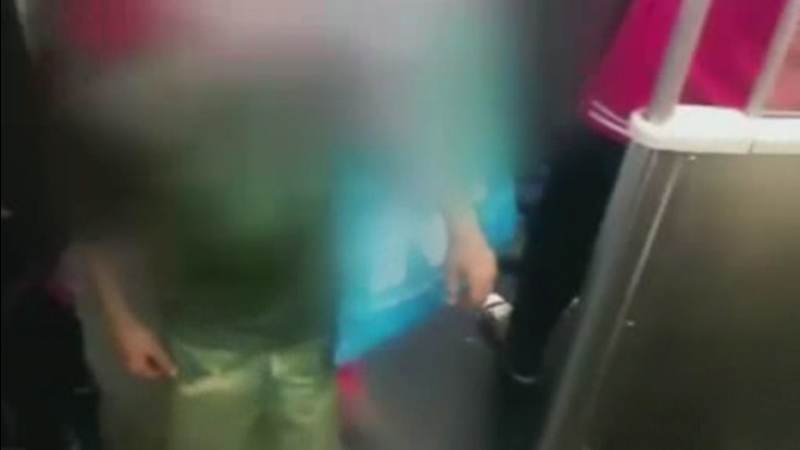 PHILADELPHIA -- The parents of young children seen in an online video hitting and spitting while riding on a SEPTA train in Philadelphia, Pennsylvania say they are "angry."

The parents of the children seen in a viral video on a SEPTA train speak to Action News.

Aurelis Rivera is the mother of two of the boys seen in the video, ages 8 and 10.

"I'm very ashamed. I would never think that they would do something like that," Rivera said.

The incident took place March 24th on the Market Frankford El. A rider posted the video to social media.

SEPTA police say a woman with four boys and a girl hopped on the train at 2nd and Market and got off at the York-Dauphin station at 7:47 p.m.

Police had released the video unblurred hoping someone would recognize them to get the kids professional help.

"We want to get them help. This is not the kind of case where at 6 a.m. someday we're going to be busting down a door and dragging them out in little handcuffs. It's just not going to happen. We want to get help for them," SEPTA Police Chief Thomas Nestel said.

After airing the video on Action News, Nestel said tips began to come into police.

Tip from @6abc and caller to Transit Police match. Looking promising for finding the kids who acted out on the El last week.

SEPTA police did visit the two families involved in the video.

Both say some of the kids are being treated for Attention Deficit Disorder.

Perez blames the person videotaping the kids for egging them on.

"They don't put that on the news when he's calling the kids monkey and all that, that's racist," Perez said.

But he says he's not surprised with some of the foul language the kids were using.

"You know, they're not kids with silver spoons. All they hear is curse words from inside a house through the whole street and everything and then seeing this stranger started enticing them and recording them, getting a kick off of seeing little kids being kids," Perez said.

Action News has reached out to the man who shot the video, but he has not responded as of yet.