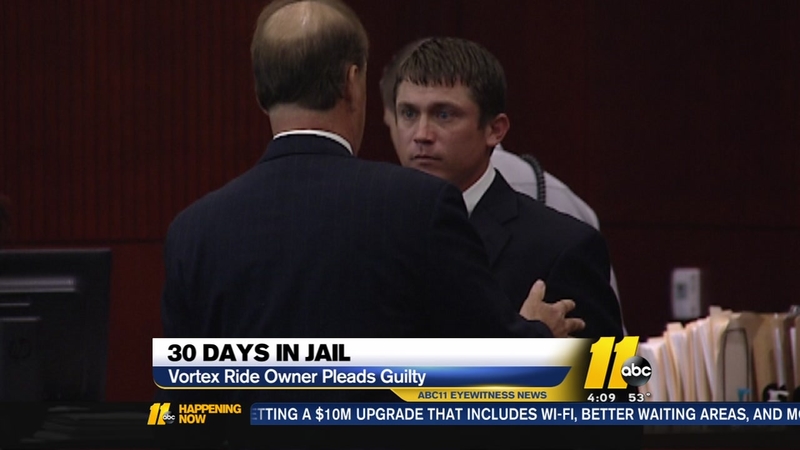 RALEIGH (WTVD) -- The owner of a North Carolina State Fair ride that malfunctioned in 2013 - throwing passengers to the ground - entered a plea Friday on charges he tampered with the machine.

Joshua Macaroni entered an Alford plea to a charge of felony obstruction of justice by secretly manipulating the machine so it would pass inspection prior to the beginning of the fair.

Macaroni got a 5-15 month suspended sentence, but will have to spend 30 days in jail followed by 24 months of probation.

Anthony and Kisha Gorham, Justen Hunter, and Shykema Dempsey were all hurt in the accident. Anthony Gorham suffered brain and spinal cord injuries and was left blind in one eye.

Prosecutor Howard Cummings told ABC11 Friday that he thinks Macaroni got off too lightly.

"I do not think the resolution was adequate to the injuries received," he said. "But it reflects the complication in trying a case with witnesses from various countries and also a discrepancy in the evidence as to who was present or responsible for the accident itself."

The ride operator, Timothy Tutterrow, of Georgia, pleaded guilty to assault charges last year and was cooperating with the investigation. He has not yet been sentenced.