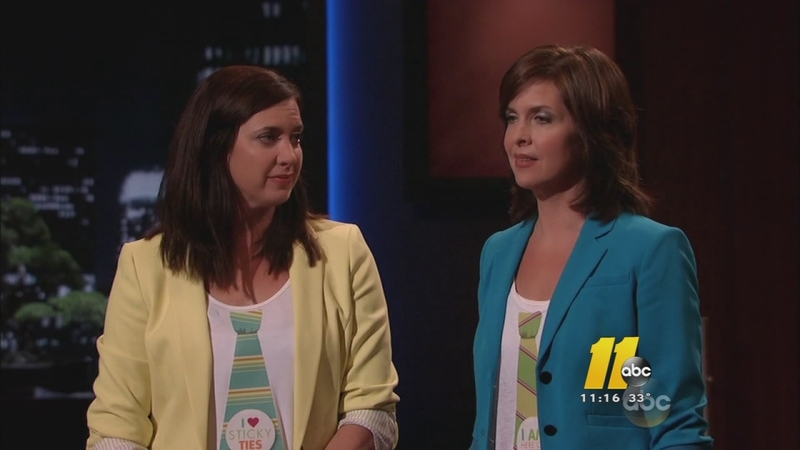 Sisters from Raleigh pitch their product on 'Shark Tank'

Sisters Becca Nelson and Ellie Brown, along with another friend in Raleigh, created the world's first sticky accessory to spice up a plain shirt. The idea came from having to buy new shirts to match their kids' changing whims.

"They would say, 'I'm into robots. I'm into cars. I want something for Christmas,'" explained Nelson. "We started thinking, why not just change the graphics out with a sticker?"

While the sisters had never run a business or sold retail before, they had instant success.

"Our second trade show we actually sold 62,000 sticky ties to the Container Store for the stocking stuffer section," said Nelson.

They have birthday ties, and ties that look like duct tape, bacon, and fish. They have bow ties, sashes, drink labels - and even little ties to mark every month of a baby's first year. 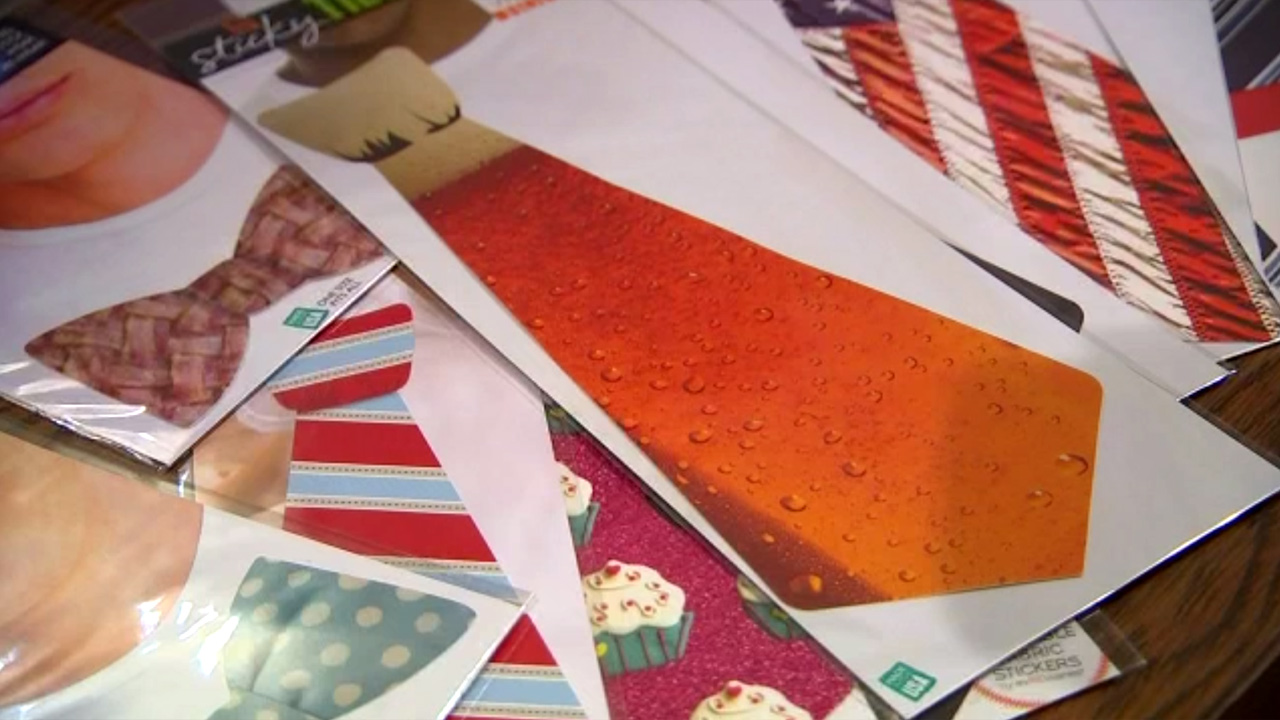 Because evREwares are made of fabric, they won't tear. And they're waterproof.

"So it's not just a traditional sticker," Nelson said.

Now the sisters live several states apart, Becca in Raleigh and Ellie in Indiana. They Skype, text, and talk on the phone all day every day. They meet up at trade shows. And the whole business has become a family affair: their husbands, kids, and even neighbors are models on all their products and online.

"We definitely exploit our entire family to market this and help promote this," said Nelson. 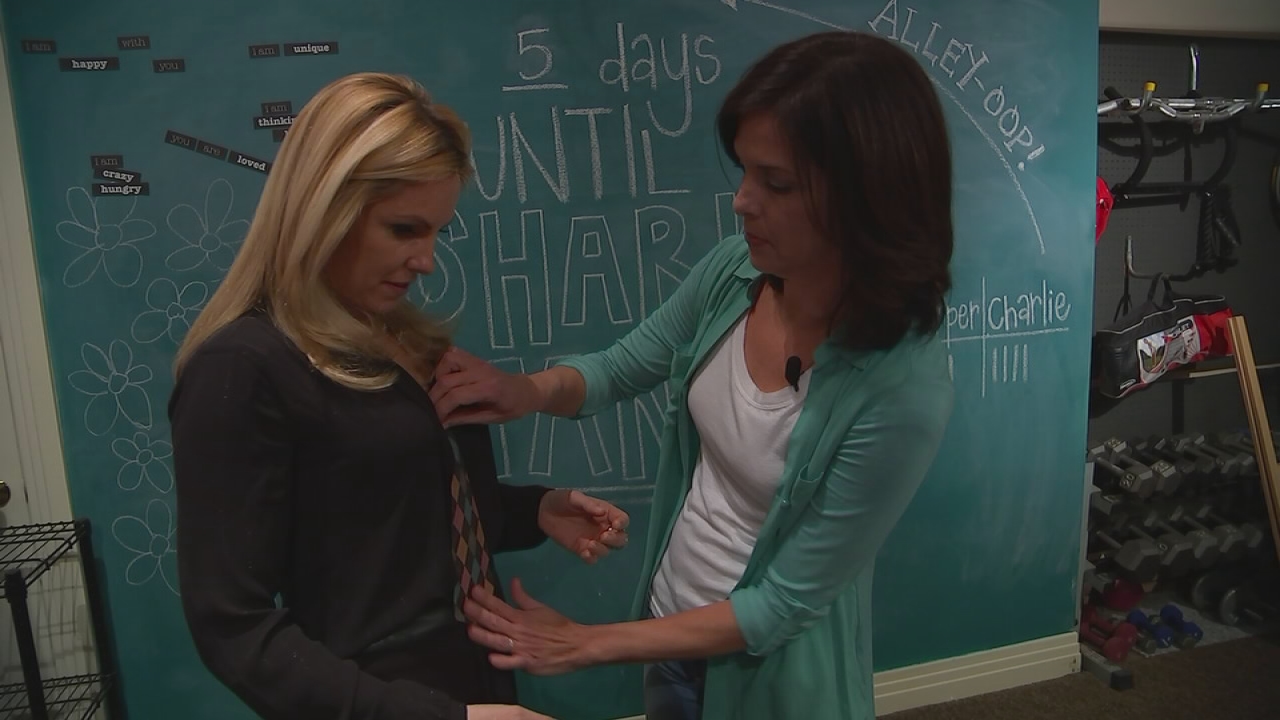 Anna Laurel tries on a sticky tie
Sisters from Raleigh landed a spot on Shark Tank with their distinctive stickers.

Urban Outfitters, Justice for Girls, and Party City have all picked up evREwares.

But even with their success, the sisters needed help - so they reached out to the Sharks. For months, they got their business plans organized. The process to prepare for the show was grueling. When it was time, they were ready for anything. Or they thought they were.

In the end, Mark Cuban offered them $200,000 for the entire business, and they accepted. The decision brought them to tears on national television.

Their story doesn't end there, however. They did not walk away from their company after all.

Once Cuban's team contacted them after the meeting on the show, the sisters realized they couldn't sell it. They ended up turning down Cuban's offer, which means they are still the owners of evREwares.

Cuban is, however, offering them the advice they really wanted.

Nelson and Brown weren't the only contestants with a local connection on Tuesday's show. Michael Wooley pitched a vest-backpack hybrid invented by his daughter Christen, who now lives in Wake Forest, N.C.