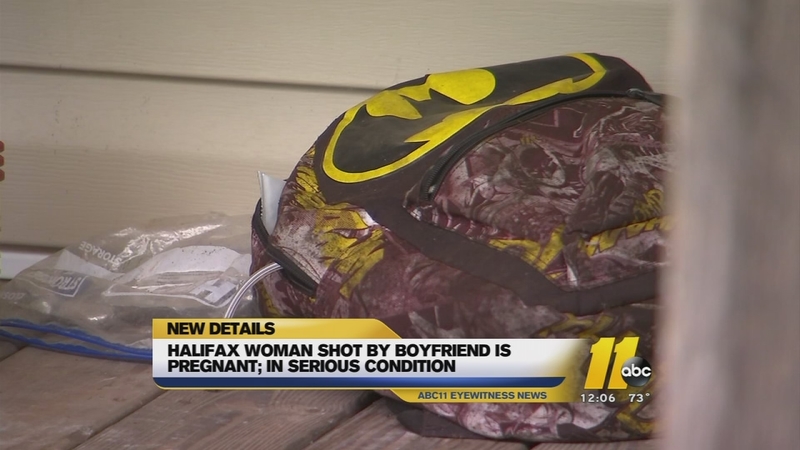 HOLLISTER, N.C. (WTVD) -- The sheriff in Halifax County confirmed that the woman shot by her boyfriend is pregnant.

She is still in serious condition in the hospital. There is no word on the condition of her unborn child.

The shooting happened around 4 a.m. Tuesday in the 1400 block of Mills Road in Hollister.

A 34-year-old woman and her 8-year-old boy were shot and the sheriff's office believes a domestic dispute lead up to the incident.

Eyewitnesses said the man was her boyfriend. A neighbor said she woke up to the sounds of the mom banging at her back door, soaked in blood.

"She was like, 'Help me, I've been shot,'" said neighbor Kecia Richardson.

Richardson said the mom had one gunshot wound in the head and another in the stomach.

The woman was airlifted to a trauma unit and is in serious condition. The boy was shot in the hand and his injury is not considered life-threatening.

The Sheriff's Office has not released the names of the victims.

Two other children escaped the home without any injury and are staying with relatives, according to authorities.