Chicago teen dies after paramedics mistake him for being dead, cover him with sheet

A second person has died in a shooting on Chicago's West Side. A 17-year-old boy, who was initially presumed dead and covered with a sheet, was pronounced dead early Tuesday morning.

CHICAGO -- A 17-year-old boy, who was presumed dead and covered with a sheet after a shooting on Chicago's west side Monday, has died from his injuries.

The victim was identified as Erin Carey, of the 200-block of South Lockwood Avenue in Chicago.

He was shot several times in the head around 4:50 a.m. Monday after a party.

There are questions over how the 17-year-old victim was treated by first responders. Chicago Fire Department paramedics, who initially thought Carey died at the scene, put a white sheet over Carey and moved on to help other victims.

But then, bystanders saw him breathing under the sheet.

News cameras were on scene for at least 15 minutes before paramedics removed the sheet and began administering CPR. How long the teen actually lay there, still breathing is unknown.

He was transported to a local hospital in very critical condition. He died at 1:19 a.m. Tuesday.

Witnesses at the scene told officers that the man was still alive.

"That individual has a catastrophic injury," said Chicago Police First Deputy Superintendent Anthony Riccio. "He was shot in the head and the prognosis is not good. I do understand that paramedics looked at him, believed him to be deceased, covered him with that sheet and moved on to another individual who was nearby who was also shot. They saw motion, movement underneath the sheet. Officers who were present notified paramedics, this man is still alive."

According to Chicago EMS protocols, it is paramedics who triage patients when responding to a 911 call. Fire Commissioner Jose Santiago said they still don't know how the teenager was mistaken for dead.

A woman between 20-25 years old was pronounced dead at the scene with multiple gunshot wounds. Police said she was found in the 1400-block of West Washburne Avenue. The Cook County Medical Examiner identified her as 22-year-old Shalonza E. McToy.

A 25-year-old man shot multiple times in the abdomen. A sixth victim, a 21-year-old man, was discovered at a local hospital with a gunshot wound to the leg. He was treated and released.

Area Central detectives are investigating and a weapon, possibly a Mac-10, was recovered from the scene. Police said there are several surveillance cameras in the area.

Police said none of the surviving shooting victims are cooperating with investigators and the shooting is believed to be related to an ongoing gang dispute in the area. 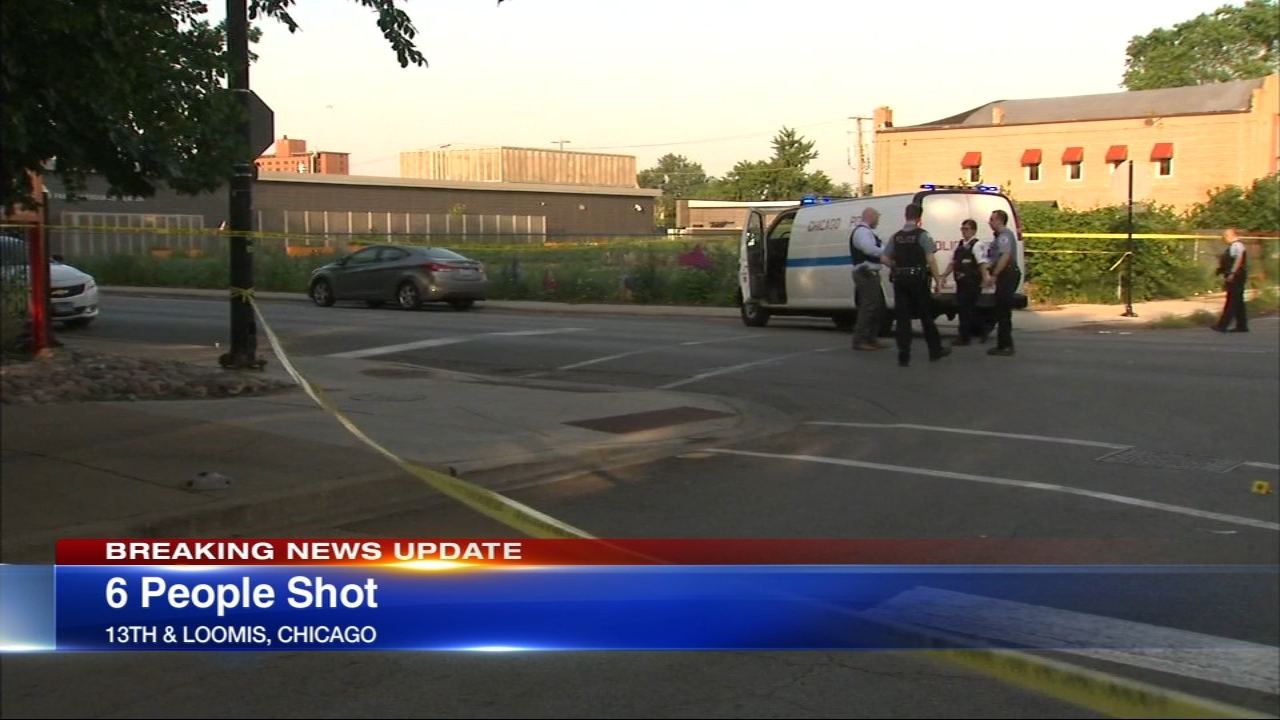