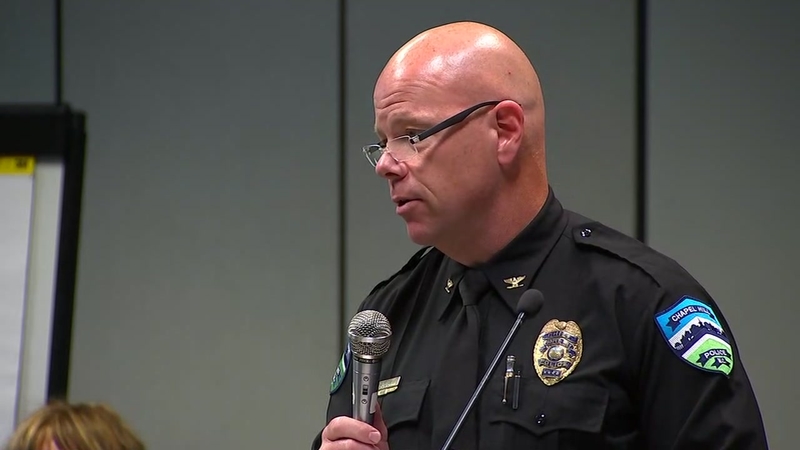 Chief Chris Blue participated in a community conversation led by the Orange County Human Relations Commission about the statue's future.

“I think we’ve been very fortunate.” Tonight @chapelhillgov police chief speaks about the night #SilentSam came down and the actions of his police officers. #ABC11 pic.twitter.com/rlMZMME9mm

"I'm saddened that our department's association with Silent Sam may well diminish the work we've done," Blue said. "We've done great work when it comes to addressing racial disparities, tackling bias and building relationships with everyone in every corner."

Last year Blue said UNC's Police Chief Jeff McCracken sent a letter to the chancellor expressing concerns that the statue had become a public safety threat -- it's a position Chief Blue agreed with then and now.

"Many people in our community are highly, highly charged around the issue and we've seen that," Chief Blue said. "I think the statue makes us less safe in our community. We said that a year ago and my opinion about that has not changed. I think we all expected that at some point, an effort would be made to take the statue down. We certainly had concerns about when that happened that somebody could be seriously hurt, but I think we've been fortunate so far."

“I think at some point we expected an effort would be made to take the statue down.” That tonight from @chapelhillgov police chief who spoke for first time publicly about #SilentSam #ABC11 pic.twitter.com/hCEs2tQBXS

The chief said a large-scale review is going on in his department as well as others that responded to the incident.

He encouraged members of the public to reach out to him if they had an issue with the way Chapel Hill officers did their jobs during the last six weeks.