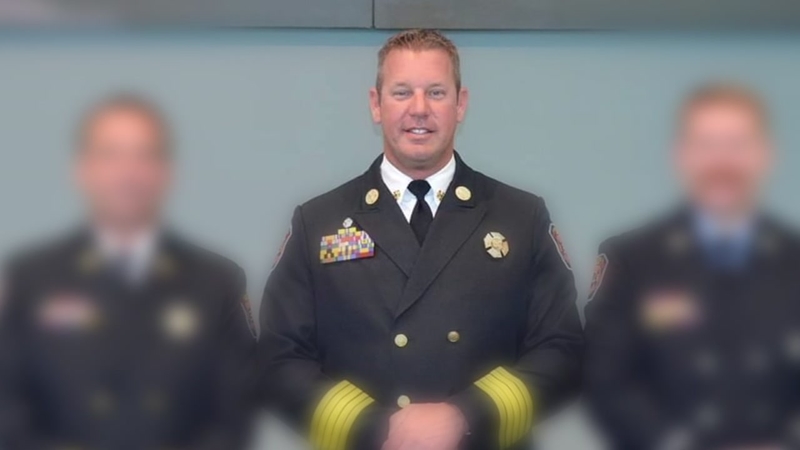 During the weekend, Atlantic Beach Fire Chief Adam Snyder was involved in a skiing accident. On Monday evening, around 4 p.m., he died from his injuries.

Many ABC11 viewers got to know Chief Snyder after Hurricane Florence ravaged Atlantic Beach. Hours before the bridge from Morehead City to Atlantic Beach opened, Snyder allowed one of our crews to cross. From there, he spent more than two hours showing viewers the damages from the storm, answering as many questions as time allowed from social media.

ABC11 was there on Tuesday as the Atlantic Beach Fire Department lowered the American flag to half-staff.

The Crystal Coast is mourning.

"Our town staff and citizens are devastated," Cooper added, "and it's not because they feel unsafe without a fire chief, it's because this really kind man is gone."

The honor procession for Snyder left Charlottesville, Virginia, around 1 p.m. The final destination: Munden Funeral Home in Morehead City, which will be aiding in final arrangements.

"A generous and fearless leader that didn't like all of the leader accommodations," said Mike Williams, of the State Fire Marshal's Office. "He did it because that's the fire service, and he wanted to help and want to be part of something great."

For the past two decades, Snyder served the people of Atlantic Beach at the fire department, 15 years as the chief.

Snyder was passionate about his community and fellow first responders. He served with the North Carolina Peer Support Group which focuses on aiding first responders and their mental health needs.

"He came to peer support looking for resources," said Dena Ali, Director of North Carolina Peer Support and Fire Captain in Raleigh. "He said if he didn't know how to find the resources for himself, how could he help his people?"

In his final act of service and giving, Snyder was an organ donor.