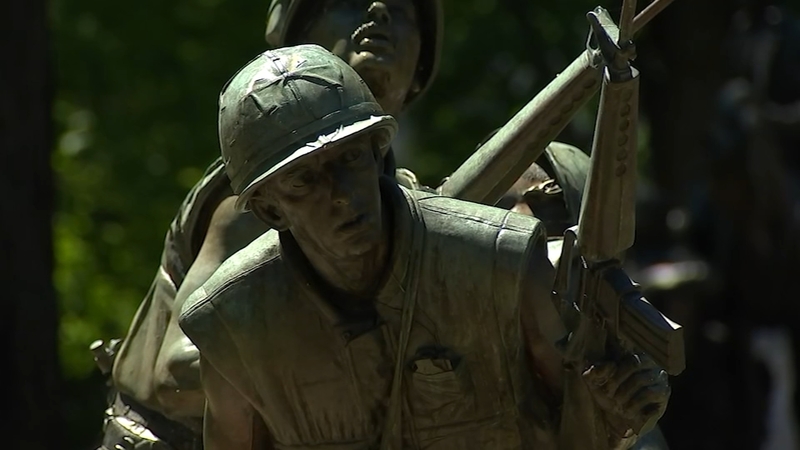 "They gave their life for us and they didn't get to come home," Monica Cash, a veteran and member of the North Carolina Vietnam Veterans group, told ABC11. "They don't have a body. He's not on American soil."

As many as 58,000 Americans died in the Vietnam War but there are officially 38 North Carolina service members considered Prisoners of War and Missing in Action. In other words, there is no firm idea on what happened to them.

On the first Saturday of every month, dozens of veterans and advocates meet at the Vietnam Memorial on the North Carolina Capitol grounds to read aloud the names of those 38 missing soldiers.

"In the event of a full honors burial, the casket is put on a case, there's a band, there's an honor guard and a rifle team," Cash explained. "This is the least we could do for these families."

Among the missing veterans is Cpl. Joseph Hargrove. His cousin, Cary Turner, read aloud his name at the last ceremony on May 1st.

"You think about these guys--not just Joseph. All the Christmases and birthdays. The emptiness that can never be filled," Turner lamented. "I'm still fighting the fight. The hope is that maybe I can redeem their honor."