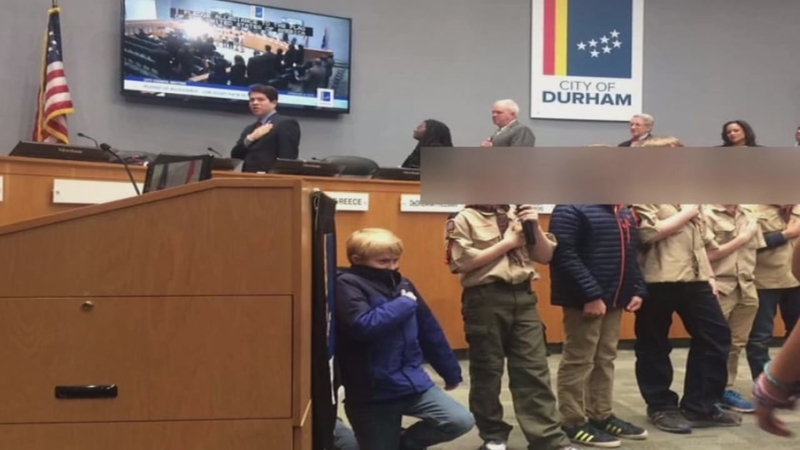 Child kneels during pledge of allegiance in Durham

DURHAM, N.C. (WTVD) -- During Monday's Durham City Council meeting, Cub Scout Troop 451 was asked to lead the crowd in reciting the Pledge of Allegiance. But 10-year-old Liam Holmes broke from the pack and chose to kneel.

Holmes said his family members are Quakers and for religious reasons do not believe in taking oaths. He said he was shocked and proud of his son.

"So we've talked about that sort of thing before," Holmes said. "We never really talked much about, kind of, the racial inequality part of taking a knee beyond something religious. So we talked about it as we waited for the city council to gather.

Holmes said he did not want to pressure his son but wanted him to feel supported.

"I told him that it (taking a knee) is just an idea and he should do whatever he feels comfortable with," Holmes said. "Because I know how it can feel weird, awkward to do something different than other folks."