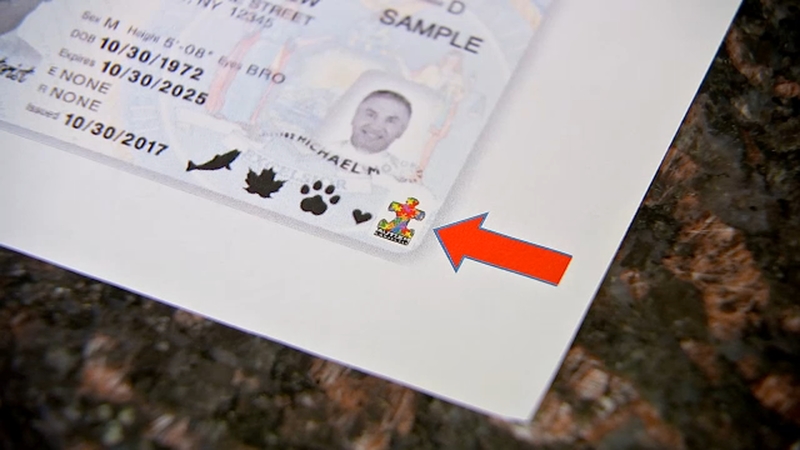 PUTNAM LAKE, NEW YORK -- For Pete and Denise Gagliardo of Putnam Lake, the epiphany for placing the autism symbol on the New York State Driver's License came during the season-opening episode of ABC's hit show "The Good Doctor."

"It popped into my mind about kids that are on the spectrum. What happens to my son now that he is driving if he gets pulled over in this instance," Pete said. "What is he going to do if something happens out of the norm."

So Pete, thinking of his 18-year-old autistic son Ryan, put his idea on paper.

He sent a letter to 20 New York legislators, including Governor Andrew Cuomo who responded and said he would look into the proposal.

The Westchester Democrat drafted a bill designed to turn the Gagliardo's idea into reality.

"I jumped on it because I like being pro-active and when something makes sense, why delay," Sayegh said.

A quick internet search shows there have been multiple instances, in New York and across the country, where a police officer took aggressive action to subdue an uncooperative driver, only to find out later the driver was autistic.

"They're able to see the person is on the spectrum and they can respond accordingly as far as they can turn it down a notch," said Sgt. Gerald Locascio, of the Town of Kent Police Department. "They can if there are other officers responding for whatever the situation is, they can advise them to back it down with the lights, the siren."

Denise and her son know exactly how Ryan would respond if an officer pulled him over.

"He's never been experienced with an officer before in that close capacity, and that would make him seem that he was agitated," Denise said.

"Do you think that might be interpreted by the officer as being uncooperative?" a WABC reporter asked.

Sayegh's bill still needs approval from the full state assembly. His search for a co-sponsor in the senate is now underway.