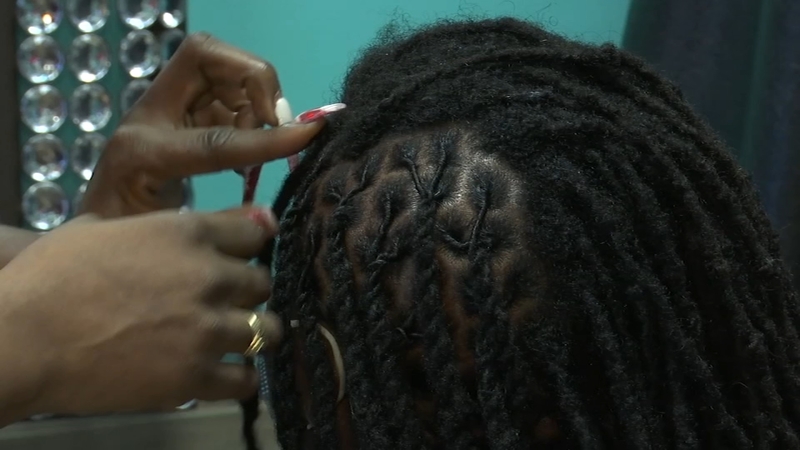 FAYETTEVILLE, N.C. (WTVD) -- The city of Fayetteville is looking into adding a policy that would prohibit race-based hair discrimination within employment and other city-related matters.

On Monday evening, during a special work session, Councilwomen Shakeyla Ingram, Tisha Waddell, and Courtney Banks-McLaughlin presented a resolution in support of the adoption of the CROWN Act or other legislation that would prohibit such discrimination. The resolution was passed by the majority of city council to be looked at further.

The CROWN Act, also known as "Creating a Respectful and Open World for Natural Hair' Act, is a nationally known movement and law that other states have adopted.

Discrimination on the basis of hairstyle is set to be illegal in Durham in a few short months.

Councilwoman Banks-McLaughlin tells ABC11 its a law that should be implemented in the city of Fayetteville, "that should be the biggest thing. What you can bring to the table, your work ethic. Not the way you wear your hair."

According to the resolution that was presented on Monday, if the personnel policies are updated, it would "prohibit discrimination in employment, public accommodations, and fair housing access. The "protected hairstyles" would include any hairstyle, hair type, or hair texture historically associated with race, including: braids, locks, twists, tight coils or curls, cornrows, Bantu knots, and afros."

#TONIGHT: At 11, hear from city council members who are pushing for a city policy change that would prohibit race-based hair discrimination.

It's a resolution that was introduced to city council during a Monday special work session. @CityOfFayNC @ABC11_WTVD pic.twitter.com/mHsfP4PMJH

For Tressa Evans, the owner of Natural Genius Salon, a Black-owned salon in downtown Fayetteville, she sees first hand the trouble Black men and women have to go through in order to fit a work environment.

Banks-McLaughlin says, with Fayetteville being such a diverse city, the differences and uniqueness of types of hair should not prevent someone from getting a job.

"Someone else should not be able to make that determination on how you represent yourself," Banks-McLaughlin said.

It's a choice that Bianca Brooks, a braider and lock technician at Natural Genius Salon, says should be on the table for the employee.