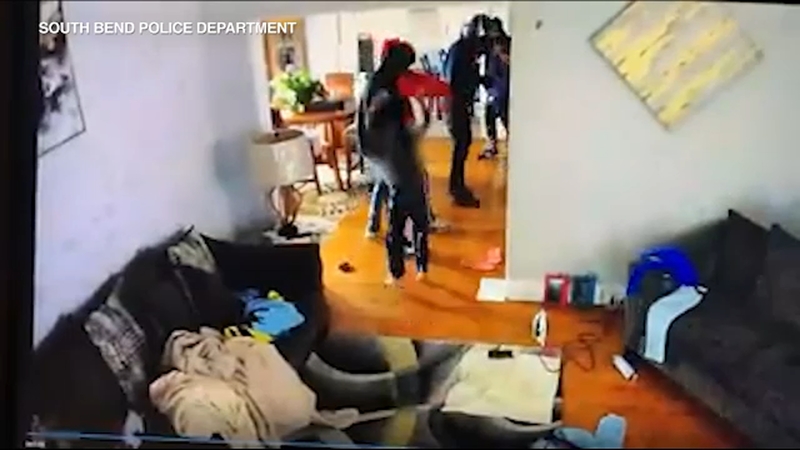 On September 30, police said they responded to home in the 500-block of South Grant Street after a report of shots fired.

Police said four men forced their way into the house after someone answered the door. At least three of the suspects had a gun.

Video shows a little boy inside the home hitting the suspects as he tried to defend his home. South Bend police said

"It is our job now to defend him," police said in a press release.