Southern Supreme is an American dream come to fruition 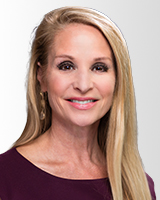 Thousands of people, many in busloads, make the trek this time every year to a place called "Southern Supreme Fruitcake and More."

It's a 40,000 square-foot facility out in the middle of a cow pasture in Chatham County, not far from Siler City.

You can take a tour, watching how the Scott family makes their famous and "not so typical" fruitcake along with a wide variety of other treats.

Not so typical because the Scott family's recipe for fruitcake has very little fruit.

It's a true American Dream come to fruition.

Berta Lou Scott was a hairdresser who made her famous fruitcake for her clients around the holidays.

"I didn't like fruit," Berta Lou explained, "So I took out the fruit and added a lot of nuts."

"Her customers kept telling her, Berta, you need to sell this cake" her son Randy Scott recalled. "She came to us and said if you help me get my little fruitcake business off the ground, I'll give you part of it."

That first year, Randy said he took nearly 1,900 pounds of their nutty fruitcake to a Christmas show at the Raleigh Civic Center and sold every bit of it.

They moved the operation to a family member's single-car garage and stayed there for five years.

In 1990, Berta Lou's husband suggested they build a store on the family's cow pasture.

"I told him nobody would come see us," she said, but turned and added with a smile, "I've had to apologize several times over that."

Now it's a business doing multi-millions of dollars in sales each year that employs more than 100 people, including most of the Scott family.

In the back of the facility is a big shipping operation, sending treats all across the world.

"I'm not knocking anyone else's fruitcake," Randy said. "Our fruitcake, we left out some of the fruits; that might not be so desirable."

Southern Supreme makes 3,000 pounds of fruitcake a day, dividing it into 300-pound batches, 10 times a day.

In every 300-pound batch of batter there are 95 pounds of pecans and walnuts.

The family is grateful for what Southern Supreme has become.

"Sometimes when I walk through here, I can't believe it," Berta Lou said, looking around her showroom filled with guests buying fruitcake and other treats. "People come from miles and miles to see it, even people from up north. We're just really blessed. I thank God every day we're here."

If you can't make it to Bear Creek, their treats are available at various retail locations such as the Angus Barn, The Fresh Market, Whole Foods and Amazon.com. 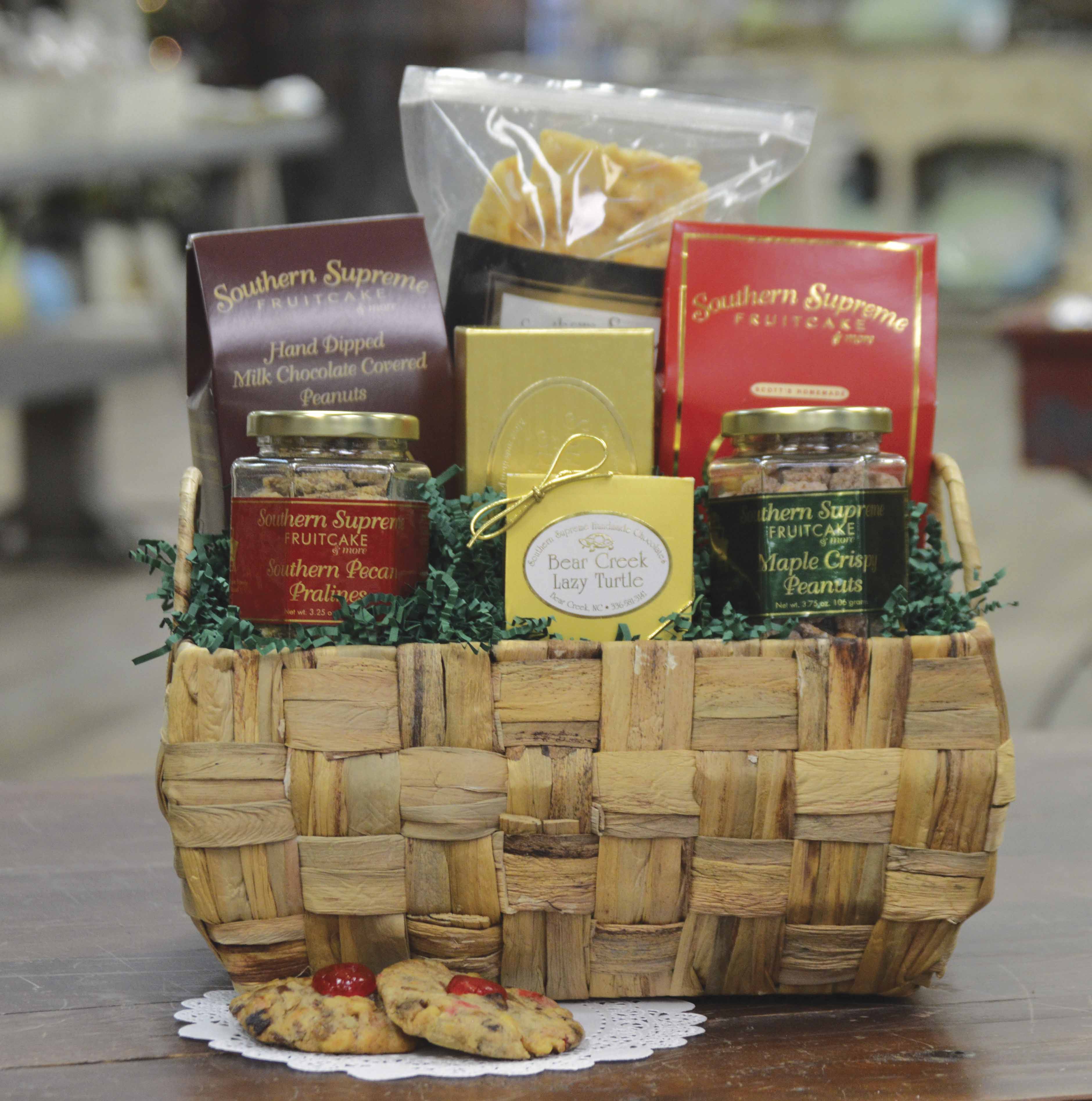 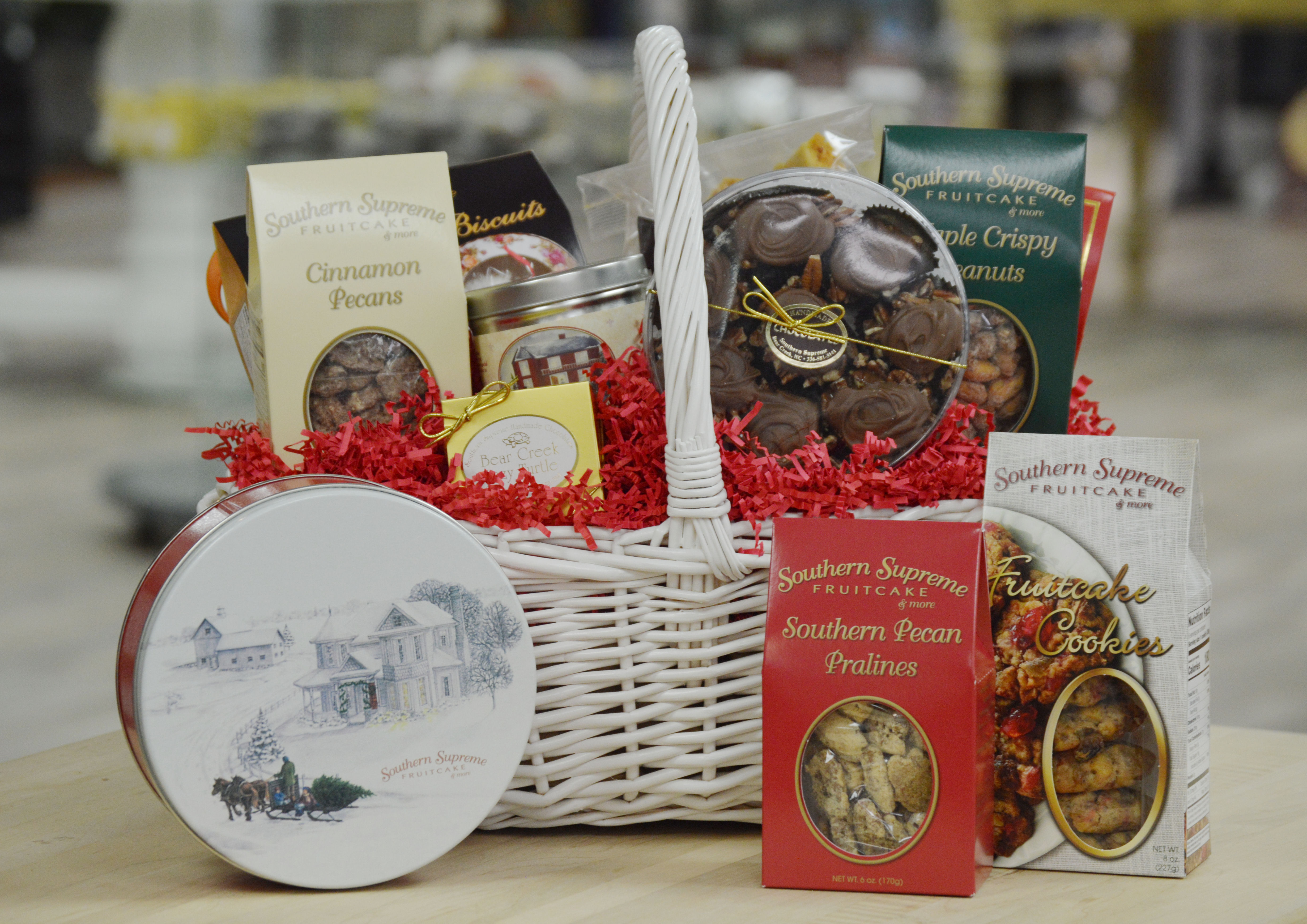 SPONSORED: Treat yourself this holiday season with Southern Supreme 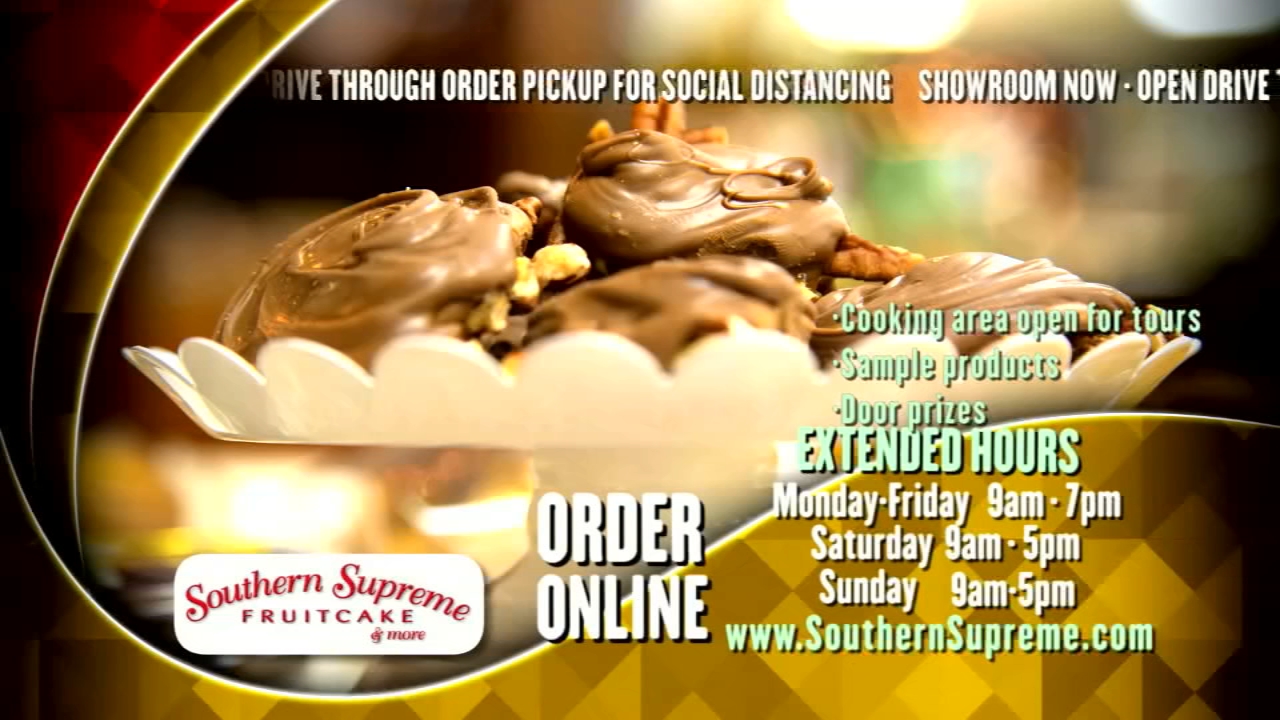 SPONSORED: Southern Supreme makes it easy to get your holiday treats 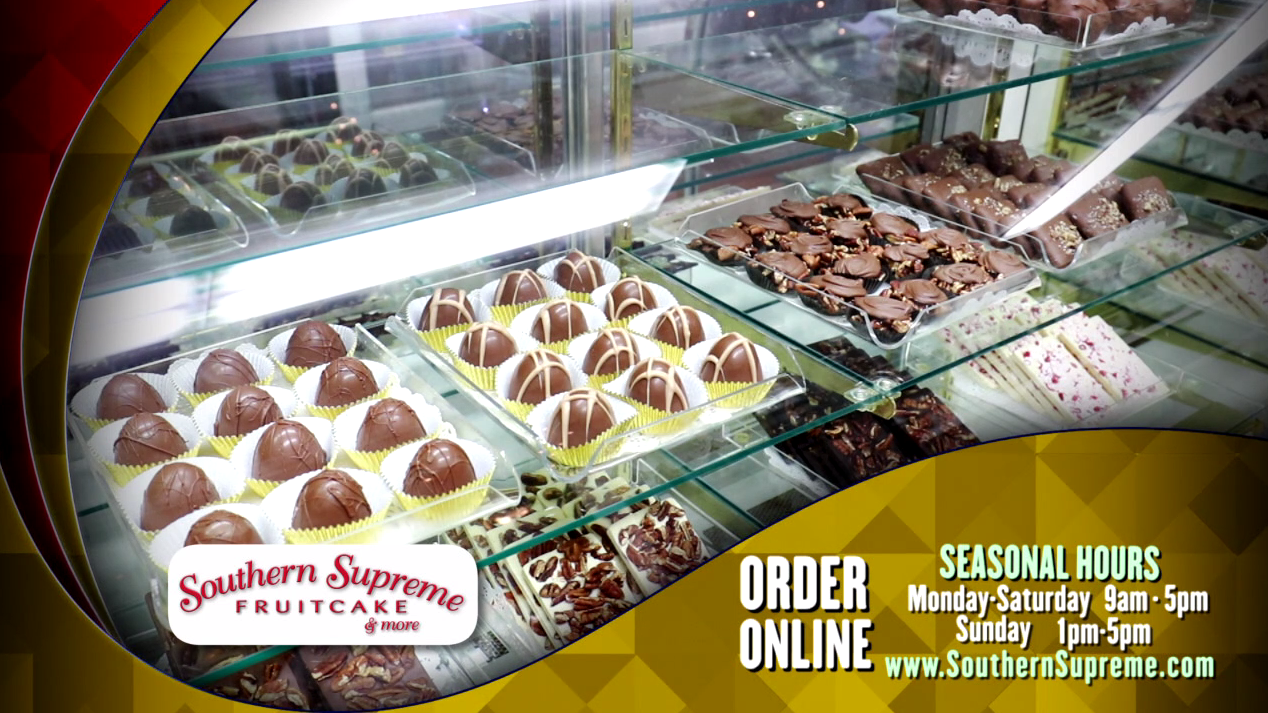