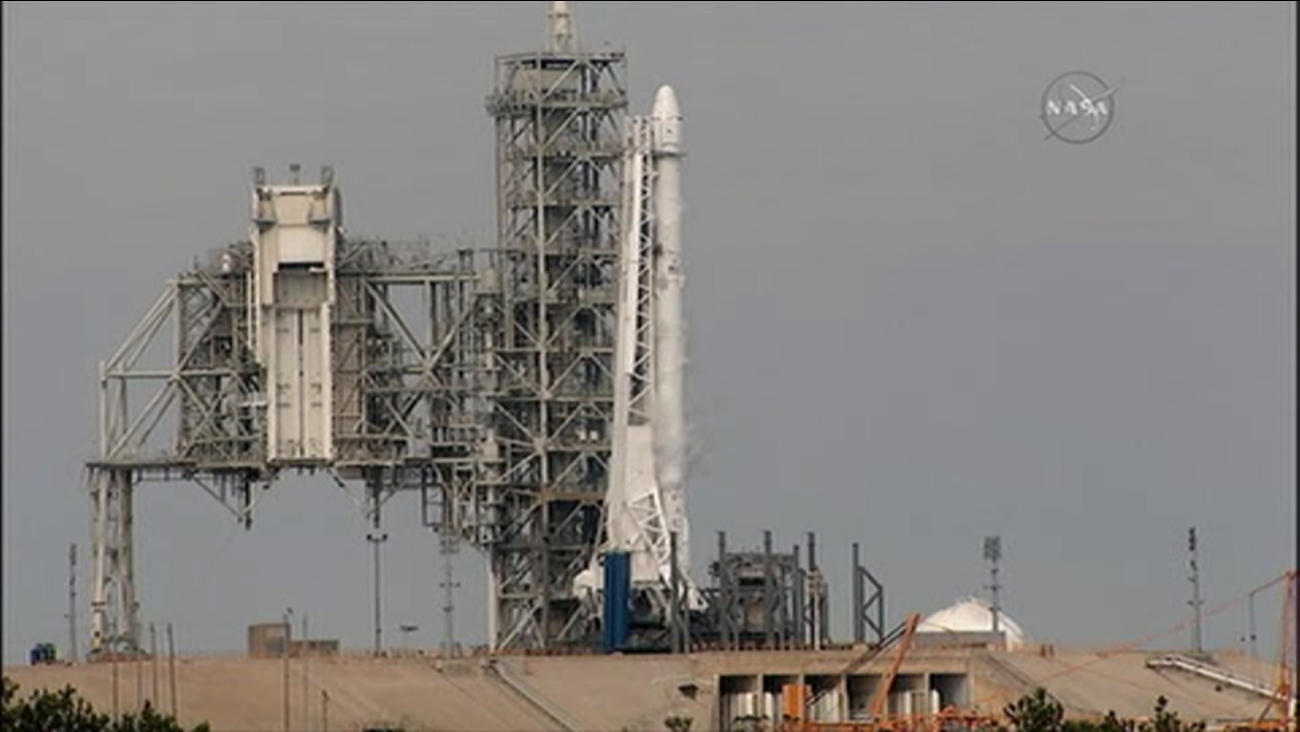 SpaceX halted the countdown with just 13 seconds remaining. The problem with the second-stage thrust control actually cropped up several minutes earlier. With just a single second to get the Falcon rocket airborne, flight controllers could not resolve the issue in time.

The next launch attempt - provided everything can be fixed quickly - would be Sunday morning.

The unmanned Falcon rocket remains at Kennedy Space Center's Launch Complex 39A, waiting to soar on a space station delivery mission. It's the same pad where Americans flew to the moon almost a half-century ago.

Thousands of guests had jammed the space center to witness the comeback of 39A, last used in 2011 for the last space shuttle flight. "Hold, hold, hold!" a launch controller urged over the radio loops, to everyone's disappointment.

"Standing down to take a closer look at positioning of the second stage engine nozzle," SpaceX said later via Twitter.

This will be SpaceX's first Florida launch since a rocket explosion last summer.

The Sept. 1 accident occurred during prelaunch testing at a neighboring pad. SpaceX turned to Launch Complex 39A - which it leases from NASA - to resume flights. The company hopes to launch astronauts from 39A next year.

Russia, meanwhile, plans to launch a supply ship to the International Space Station on Wednesday. If the SpaceX mission doesn't get going soon, it would likely have to get in line behind the Russian delivery.