Cam Newton for MVP? Lock it in 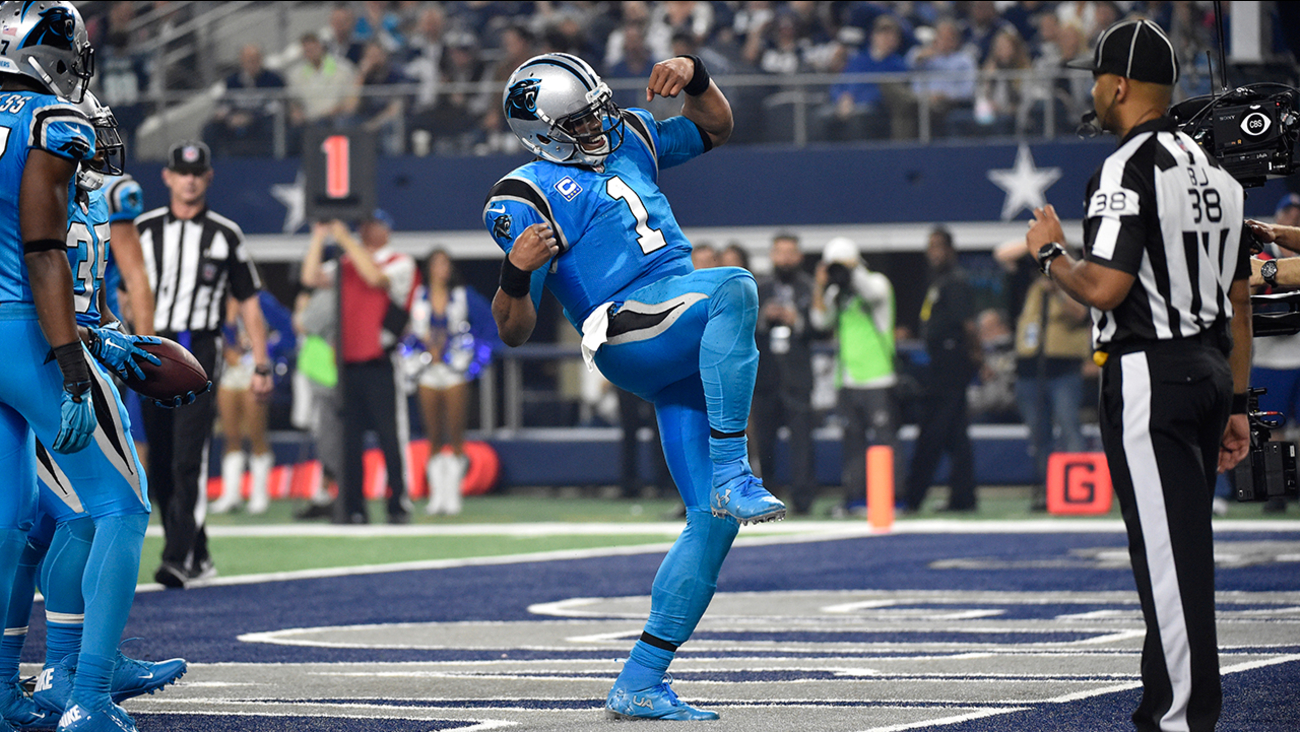 CHARLOTTE (WTVD) -- The Panthers are 13-0 with a good chance of going undefeated for the regular season. They dominated the Falcons on Saturday, scoring 21 points in just the first quarter -- three touchdowns from Cam Newton.

The Panthers have been playing great football all season as their record shows, but Cam Newton has taken his game to the next level. He's exceeded expectations and grown into the leader for the team.

He deserves to be MVP.

In just the last four games, he's thrown 13 touchdowns with only one interception with an average passer rating of 119.6. He's getting better as the season goes on and his numbers are showing it.

And that's not to say he hasn't played well all year. It's easy to see how good of a player Newton is when the Panthers are blowing out opponents like Atlanta, but Newton has truly shown his MVP-status when his team needed him most.

In week 6, he shrugged off two interceptions to lead a 4th quarter comeback against the Seattle Seahawks, an NFC preseason favorite. More recently in week 13, he made a huge thrown late in the game on 4th down to Greg Olsen to help win the game. Newton comes up big when his team needs him.

Speaking of Olsen, he's played great and has been a vital weapon in the Panthers offense. But outside of that, Newton is winning and putting up good numbers without much else. He hasn't had a true number one receiver since losing Kelvin Benjamin before the season began. Instead he's had a group of average wideouts who often drop touchdowns.

And Newton can run the ball - it's one of his biggest assets. He's a quarterback the NFL hasn't seen before. He's big, fast, strong, and can hold on to the football. It takes a lot to bring him down and on big third down plays it's often Newton running it.

He's rushed for 480 yards this season, more than any other quarterback in the league.

Overall, he's having the best season of his career.

So what about the competition?

Most experts have Tom Brady, Carson Palmer, and Russell Wilson as potential MVP candidates. They are all having great seasons. Brady has put up big numbers too - over 4,100 yards passing with 33 passing touchdowns.

Carson Palmer isn't too far behind with just over 4,000 yards and 31 passing touchdowns. Wilson has been playing lights out recently as well, leading his team to four straight victories after a slow start.

Here's a look at the four quarterbacks by the numbers:

But here's the deal - it's not all about the numbers. Cam Newton isn't the type of quarterback who is going to consistently put up numbers like a traditional pocket passer. Instead, Newton is going to find a way to win.

Cam isn't perfect but his team's record is.

He's come from behind to win games; he's won in shootouts when his usually stellar defense couldn't get many stops. Some critics point to a number of close games where Carolina just edged out an opponent, saying that the Panthers could easily have a few losses.

But Carolina didn't lose those games, and many of the close wins were because of Newton -- it's just another reason he's the best player in the league.

He's the emotional leader of team, consistently getting praise from his coaches and teammates on both sides of the ball. He's making sure his teammates have fun and stay loose while still focusing on getting the victory.