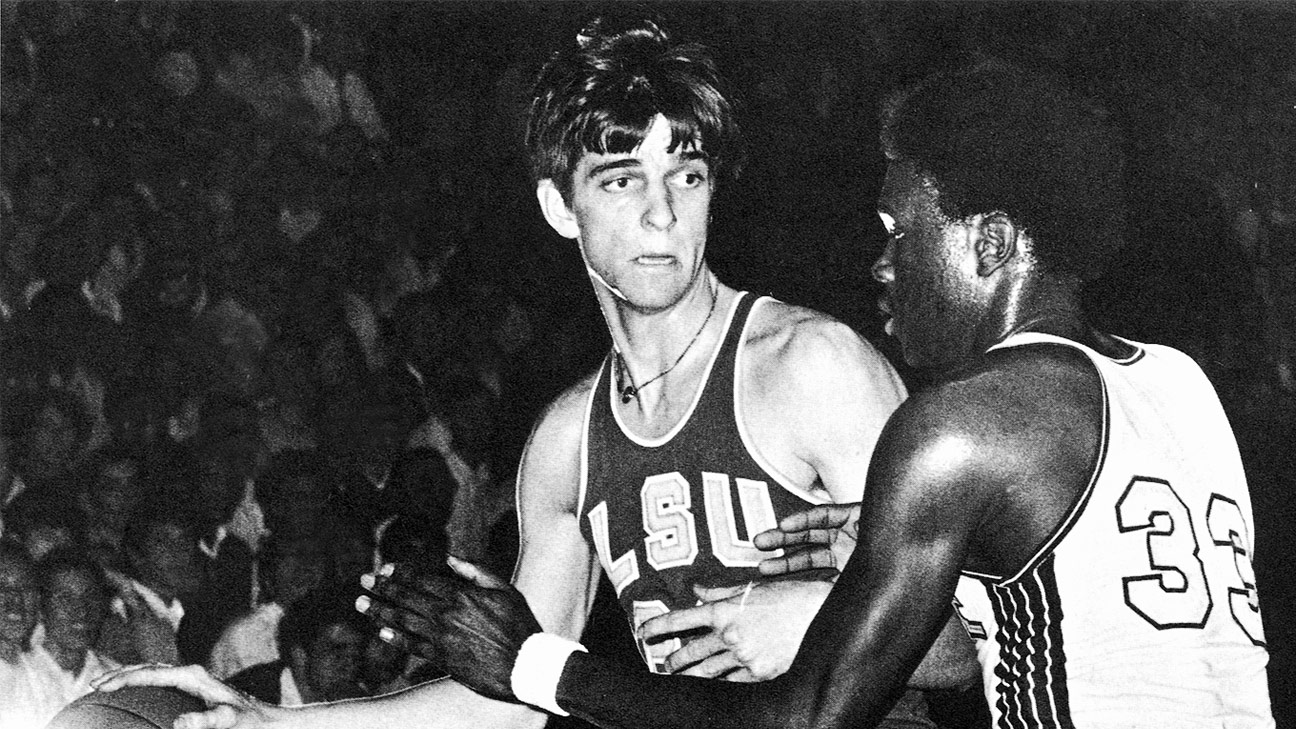 ESPN writers and commentators will provide daily roundtables and predictions as the bracket advances through March 31. Below, writers John Gasaway, Mechelle Voepel and Jerry Bembry break down the round of 32 in the East and West regions.

What was your biggest surprise from this side of the bracket in the first round?

John Gasaway: I was surprised that plucky No. 15 seed Chris Jackson wasn't able to at least keep it closer against Diana Taurasi. Jackson, who would later change his name to Mahmoud Abdul-Rauf, set a Division I record that stands to this day when he averaged 30 points as a freshman for LSU in 1988-89. I certainly expected Taurasi to win as a No. 2 seed, but she not only survived and advanced -- she dominated. Watch out, Dwyane Wade.

Mechelle Voepel: I can't say it was a big surprise, because I was concerned about how all the women's players would do in a format like this. But I was disappointed that Sheryl Swoopes got just 27.2% of the vote against JJ Redick. He was national player of the year in 2006, and played for a marquee program at Duke. And he's still playing in the NBA. But Swoopes nearly single-handedly gave Texas Tech its only NCAA title during an NCAA tournament run in which she averaged 34.5 points per game, including 47 in the championship game, which remains the record. Her entire 1993 postseason -- which also included 53 points in the Southwest Conference tournament final -- is still the greatest I've seen in more than three decades covering women's basketball. And while this is about measuring college careers, Swoopes went on to be a pillar of the Houston Comets dynasty that won four championships in the launch of the WNBA. Plus, she won three Olympic gold medals and is in the Naismith Hall of Fame.

Jerry Bembry: That Shane Battier advanced over Len Bias in a head-to-head matchup might best be explained by the age range of the two largest groups who use Instagram: 18-34. That those Instagram users are so grossly ill-informed about this matchup can be summed up by the words of Battier's college coach, Mike Krzyzewski: "During my years at Duke, the two most dominant players we've faced were Michael Jordan and Len Bias. ...They did things no one else could do." Bias was so good he was compared to the man who would be the GOAT. Enough said.

Our voters expressed strong feelings about Pete Maravich as a 13-seed, voting him into the second round in a landslide. How do you personally weigh individual accomplishments vs. team success (Maravich never played in an NCAA tournament at LSU) when you make these kinds of voting decisions?

Gasaway: Right, the voters have spoken, and Maravich really did do astounding things that were all the more astounding considering there was no 3-point line. I've watched a lot of basketball in my day, but I will (almost certainly) never see an offense as statistically reliant on a single player as LSU's was focused solely on Maravich. Not Russell Westbrook or James Harden in the NBA, not Trae Young in his one season at Oklahoma, no one. Balance that individual accomplishment with the fact that the NCAA tournament field in that era was made up of just 23 or 25 teams, and, yes, there was a higher bar for "team success" in those days.

Voepel: He's an exception to my general feeling that team success probably should be paramount in someone advancing in this kind of competition. This isn't about how these players would fare in a hypothetical one-on-one matchup but how their career accomplishments match up. To that end, championships should be of the most value. But considering it was a different era in regard to how teams got into the field -- lots of good and even great teams sometimes didn't make it each year -- and the fact that he was one of the most sensationally talented people who ever played the sport, his lack of an NCAA tournament appearance -- let alone championship -- doesn't really count so much against him. That seemed like an easy upset pick for the first round. We'll see how he advances.

Bembry: Pistol Pete's college scoring average, 44.2 PPG, is the best ever for NCAA Division I, so no issue here with him advancing past Ralph Sampson without an NCAA tournament résumé. Remember: The criteria to get to the Big Dance were different in Maravich's era, with only winners of conference tournaments reaching the field. Going by today's format, the 20 wins by LSU in Maravich's last college season (1969-70) might have earned those Tigers an 8- or 9-seed.

What's the second-round matchup from this side of the bracket that you find the most intriguing, and why?

Voepel: We'll see if Allen Iverson's immense popularity carries him over the player I think should be unbeatable in a competition like this: Breanna Stewart. You can't do better than Stewie did in the NCAA tournament, with four titles and four Most Outstanding Player awards. By the way, she's already won an WNBA title, a WNBA MVP and an Olympic gold medal before the age of 26. From the standpoint of championships, there's simply no comparison. But Iverson was a dynamic player whose game and personality appealed to a lot of people, and still do long after his career has been over. We'll find out whether that's the most important thing in this voting. It was against Bobby Hurley in the first round, despite Hurley being part of two national championship teams.

Bembry:Based on the eye test, you choose Anthony Davis over Tyler Hansbrough. On closer examination, you weigh each winning a national title and a consensus national player of the year award against the total body of work for each. Had Davis played more than a year in college, this isn't a debate. But Hansbrough averaged 20.2 PPG over his four years at North Carolina and played on three straight teams that won 30-plus games. This is what a 4-5 matchup should be: tough to call. 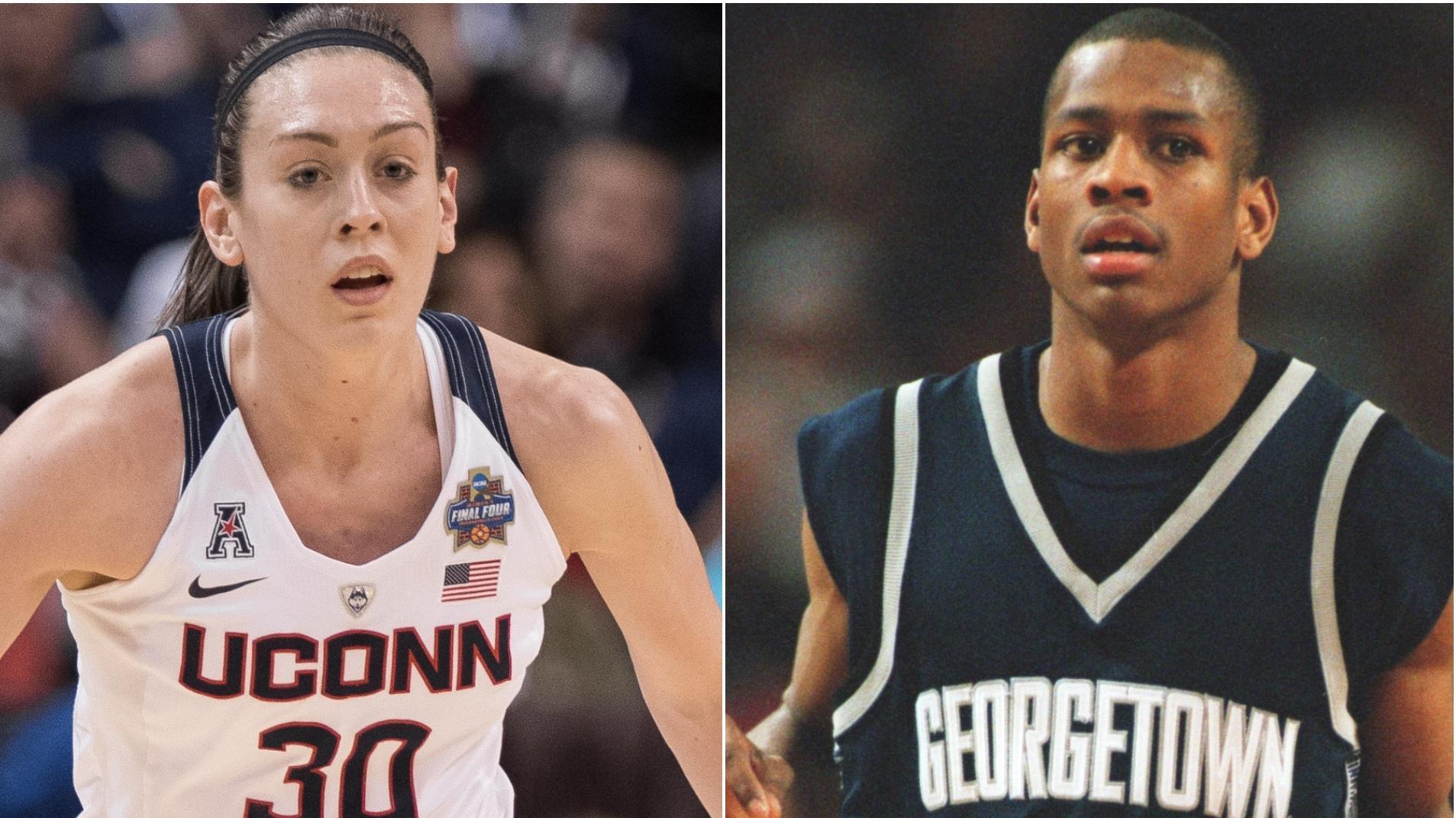