David Luiz: World Cup woe is in past 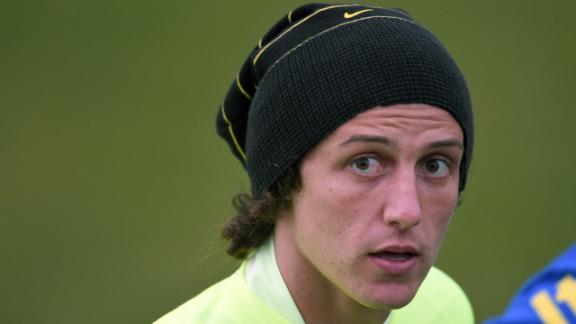 David Luiz says he has recovered from his World Cup nightmare and shrugged off criticism from his former Chelsea boss Jose Mourinho.

Luiz, 27, spoke to reporters as he was unveiled to French media on Thursday following his switch to Paris Saint-Germain from Chelsea in a reported 50 million euros move.

The Brazil international will miss the opening Ligue 1 game at Reims on Friday, but is set to make his debut at home to Bastia on Aug. 16.

He captained his national team as they suffered a record 7-1 World Cup semifinal humiliation against eventual tournament winners Germany, and played in the 3-0 loss to Netherlands in the third-place playoff.

Luiz said those defeats were consigned to history, but added: "The first few days were very difficult.

"When you don't achieve an objective you're disappointed, but football gives you a chance to bounce back quickly. It gives you the opportunity to learn quickly, to see where you made mistakes, to improve.

"I now have a great opportunity, and I'm ready to help this club shine in the world."

- PSG Officiel (@PSG_inside) August 7, 2014After the defender's departure from Stamford Bridge, Mourinho claimed he would not miss him.

"I think it's normal," Luiz said. "If he said he was missing me, he would contradict himself.

"What matters now is the advice of Laurent Blanc. Chelsea is in the past. I look forward to the present, which is bright, because I have the chance to play for a big club with a marvellous project for the future."

Luiz will replace Alex, who left on a free transfer for AC Milan earlier this summer, at the heart of PSG's defence alongside compatriot Thiago Silva. The pair also form the first-choice centre-back pairing for their country.

"We're good friends, and we've played together a long time. We understand each other easily on the pitch," he said. "We're very alert on the pitch, united. We always give the best of ourselves and adapt."

Who's consulting Luiz?
Frank LeBoeuf wonders who consulted Luiz to go to PSG.

Will David Luiz succeed at PSG?
ESPN FC's Frank Leboeuf indicates he likes the enthusiasm of David Luiz, but should feature as a central midfielder as opposed to a central defender.