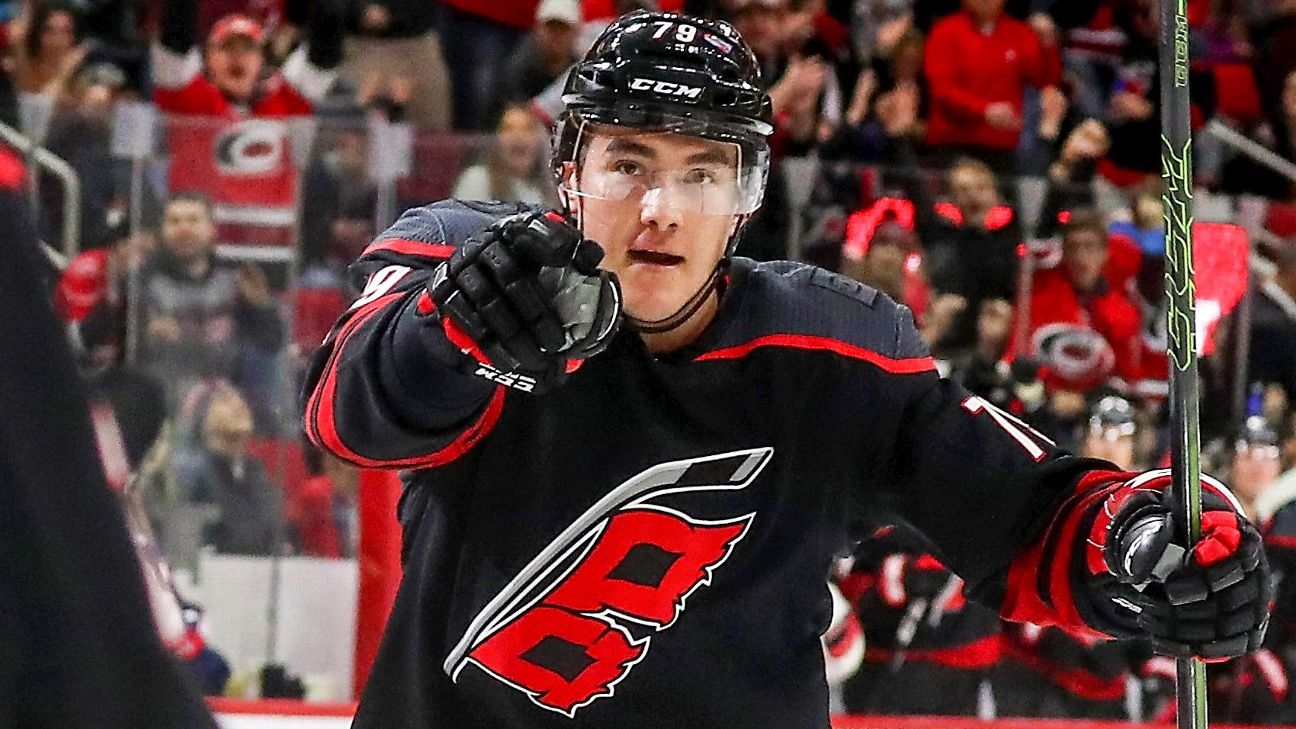 Ferland gets a four-year deal with an average annual value of $3.5 million.

"Micheal is an energetic player that drives the play and can contribute in all three zones," Canucks general manager Jim Benning said in a statement. "He'll make our team harder to play against on a nightly basis and we're excited that he'll call Vancouver home."

The hard-hitting Ferland was acquired by the Hurricanes a year ago, along with Dougie Hamilton and Adam Fox, from the Flames for Noah Hanifin and Elias Lindholm.

Ferland provided a grittiness the Canes needed, finishing third on the team with 182 hits. He also added some offense to go with his physical play with 17 goals and 23 assists.

The 26-year-old had only one assist in seven playoff games, but he missed considerable time after sustaining an injury on a hit of Capitals big man Tom Wilson in the first round.