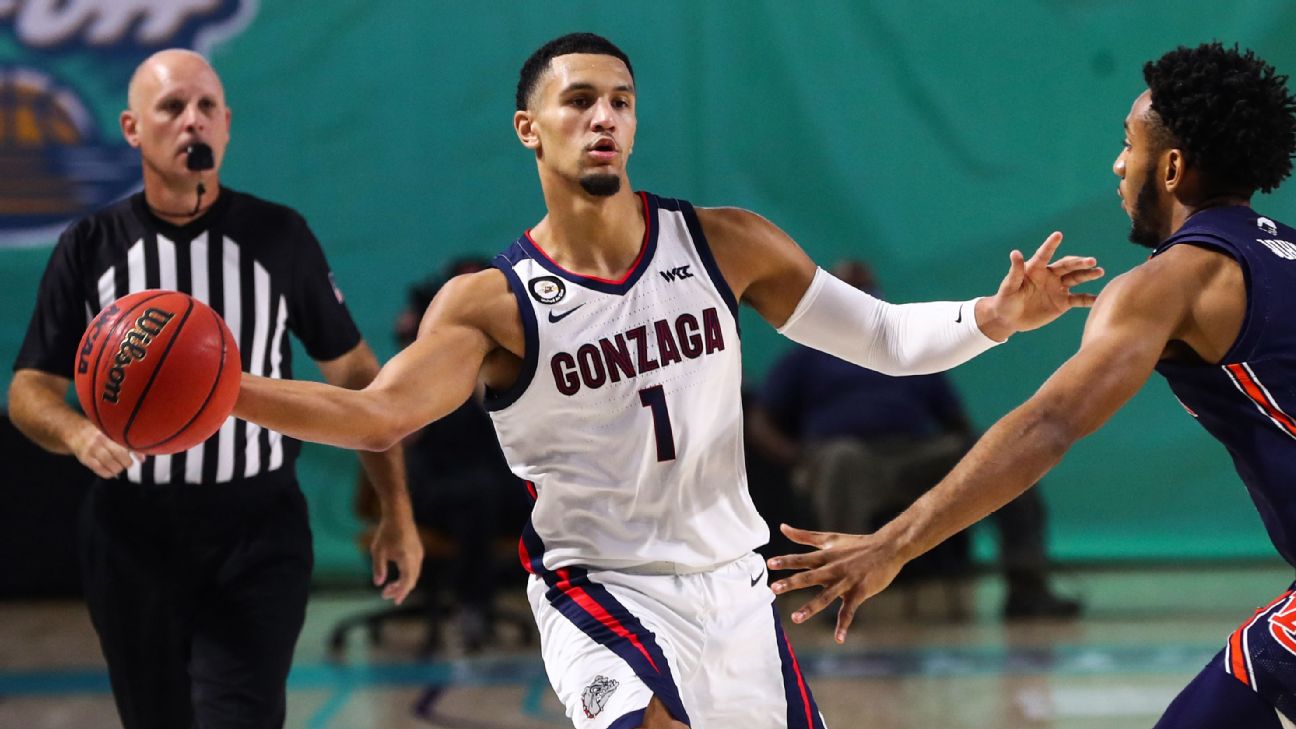 Gonzaga and Baylor headlined an unchanged top tier of The Associated Press men's college basketball poll, even as both have been sidelined by recent coronavirus issues.


Yet the Zags haven't played since beating West Virginia on Dec. 2 due to COVID-19 protocols, with five straight games canceled or postponed, including a matchup with Baylor on Dec. 5. The Bears announced Saturday they would pause team activities as well.

Gonzaga had previously said it would pause competition through Monday and is next scheduled to face No. 3 Iowa in Sioux Falls, South Dakota, on Saturday. Baylor is scheduled to visit Kansas State that same day.

The Hawkeyes received the remaining first-place vote to finish ahead of No. 4 Michigan State and No. 5 Kansas. Houston, Villanova, West Virginia, Creighton and Tennessee rounded out the top 10, with the Mountaineers rising three spots and the Volunteers climbing two.

In all, 13 teams moved up from last week's poll

Illinois and Duke had the two most notable slides.


The No. 13 Illini dropped seven spots to fall out of the top 10 after losing to Missouri, while the No. 21 Blue Devils took the week's longest tumble by falling 11 spots after losing at home to Illinois.

No. 22 North Carolina fell six spots after losing a high-scoring game at Iowa in the ACC/Big Ten Challenge, while Creighton slid one spot as the only other team to fall this week.

This week's poll marked the first that had the top 5 remain intact. They were the only teams to remain in their same positions from last week, too.

Missouri cracked the poll at No. 16 after beating Illinois, the program's AP ranking since midway through the 2013-14 season. No. 24 Clemson and No. 25 Michigan were the week's other new additions, though the Wolverines had appeared at No. 25 in the preseason poll.

The Big Ten has a national-best seven teams in the Top 25, with No. 12 Wisconsin, No. 19 Rutgers and No. 20 Ohio State joining Iowa, Michigan State, Illinois and Michigan.

The Atlantic Coast Conference was next with six, though it was a backloaded bunch. FSU and No. 17 Virginia stood as the league's highest-ranked teams, while No. 23 Louisville joined Duke, UNC and Clemson in the poll's final five spots.

The Big 12 had five teams, while the Big East and Southeastern Conference each had two. The West Coast, American Athletic and Mountain West conferences each had one. 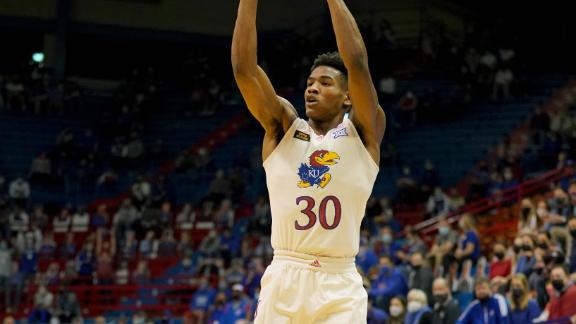