How Dolphins, Panthers will benefit from coaching 2021 Senior Bowl 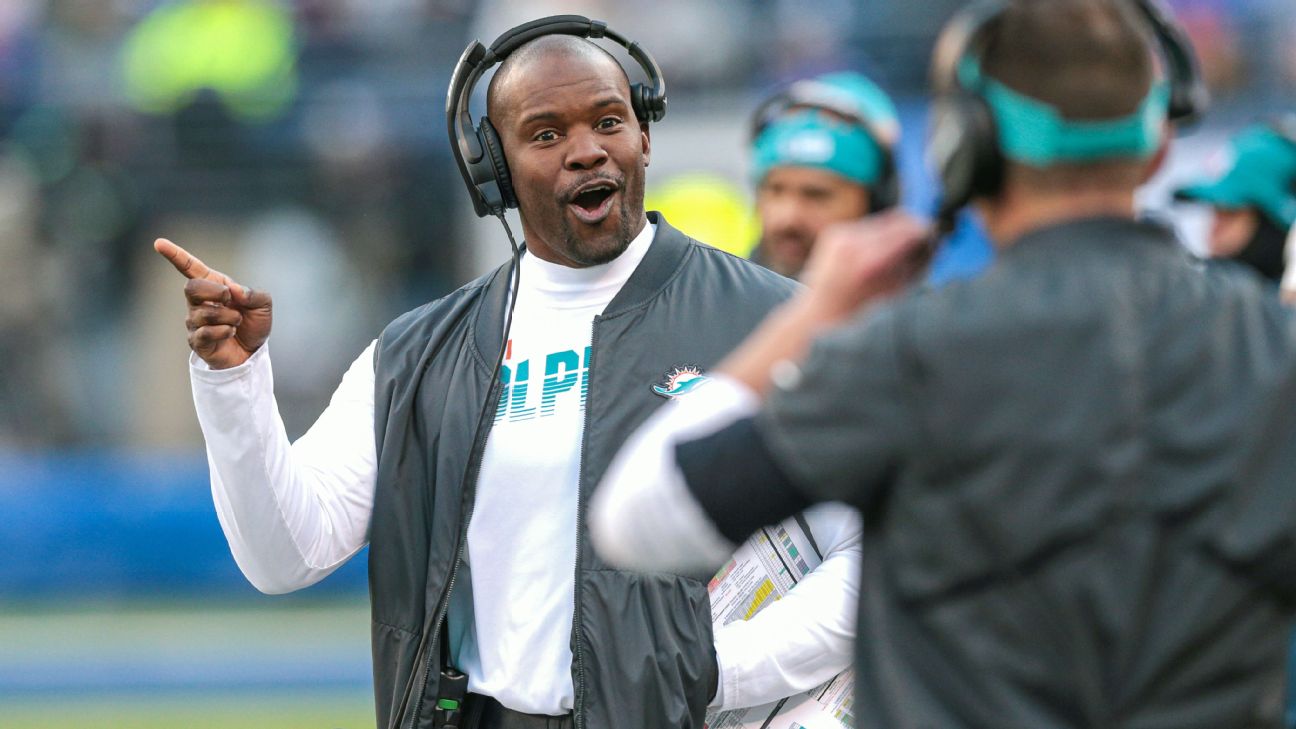 The 2021 NFL draft season begins at the Senior Bowl for most NFL teams, and despite the COVID-19 pandemic, that will be the same again this year.

The Senior Bowl announced Monday theMiami Dolphins and Carolina Panthers have been assigned to coach the two teams of top senior and graduating college football prospects on Jan. 30 in Mobile, Alabama.


With uncertainty over whether the NFL scouting combine in Indianapolis and college pro days will even happen, the Dolphins and Panthers will gain an advantage by spending a week evaluating and coaching some of the draft's best prospects in person.

The Senior Bowl staffs are typically decided by draft order and/or winning percentage and neither the Dolphins nor Panthers were first up. Multiple teams passed on the opportunity to coach, either because of coaching changes or other issues. But Dolphins coach Brian Flores and Panthers coach Matt Rhule expressed their excitement over the opportunity.

Senior Bowl officials have stated that players, NFL personnel and game staff will be under stringent COVID-19 protocols and testing throughout the duration of the practice week.

Dolphins: In need of offensive playmakers

For the second consecutive year, the Dolphins are one of the draft's top power players. With four picks in the top 50 and nine overall, there's a good chance Miami will end up selecting at least one and likely multiple players whom they will coach in the Senior Bowl.


All eyes should focus on finding playmakers to surround quarterbackTua Tagovailoa and bodyguards to protect him -- that means running back, wide receiver and offensive line will be high priority positions. Many first-round options at those positions -- Alabama's DeVonta Smith, Jaylen Waddle and Najee Harris;Oregon's Penei Sewell;LSU's Ja'Marr Chase;Northwestern's Rashawn Slater and Clemson's Travis Etienne -- are not scheduled to be at the Senior Bowl, but there are plenty of exciting prospects who could be good fits for the Dolphins.

On defense, the Dolphins are in better shape after finishing the 2020 season tied for fifth in scoring. But there are Senior Bowl prospects, particularly at linebacker, safety and edge rusher who can help the Dolphins close the gap between themselves and the AFC East champion Buffalo Bills.

This is the first time the Dolphins have coached the Senior Bowl since 2010, and that year their first four selections played at the Senior Bowl. Flores is ecstatic for the coaching opportunity, especially in an uncertain offseason when opportunities to evaluate players in person might be difficult to come by.

Panthers: In search of quarterbacks

Let's start with quarterback, the position getting the most attention for the Panthers with the No. 8 draft pick because of uncertainty around starter Teddy Bridgewater, along with backups PJ Walker and Will Grier. That's one reason Carolina had former Washington quarterback Dwayne Haskins in for a visit on Monday even though it doesn't believe Haskins is ready to be a starter now. The likely top five quarterbacks in the draft won't be in Mobile, but the Panthers could fall in love with one of those at the Senior Bowl like they did safety/linebacker Jeremy Chinn last year and draft one in the second round. Florida's Kyle Trask comes to mind. That would free Carolina to go with another position at No. 8. Chinn, by the way, turned out to be a great pick.

The Senior Bowl is also a good place to get an up-close look at offensive linemen, another big need with only center Matt Paradis under contract among Carolina's 2020 starters. Tackle in particular is a priority with the Panthers likely to move on from left tackle Russell Okung, 32, and right tackle Taylor Moton likely to draw interest in free agency that could make him too costly. Offensive line is one of the hardest positions to evaluate unless that player is dominating, and it's highly unlikely Sewell will fall to No. 8. There aren't many after him who are guaranteed a first-round grade, so Carolina likely will have to build that area with lower picks. Many of those players, such as Notre Dame's Liam Eichenberg, will be at the Senior Bowl.

The secondary is another tough spot to evaluate. A player such as LSU's Kary Vincent Jr. comes to mind. He opted out of the 2020 college season because of COVID-19 concerns. He's undersized at 5-foot-10, so the more Rhule's staff gets to know him could make a difference.

Rhule has been hoping the Senior Bowl would fall past several other teams to his staff, particularly in a year when in-person scouting and evaluation is limited by the coronavirus. A player's mental toughness and desire is as important to Rhule as size and 40 times, so this gives his staff a big leg up in evaluations.

"We're thrilled to coach at the Senior Bowl,'' Rhule said. 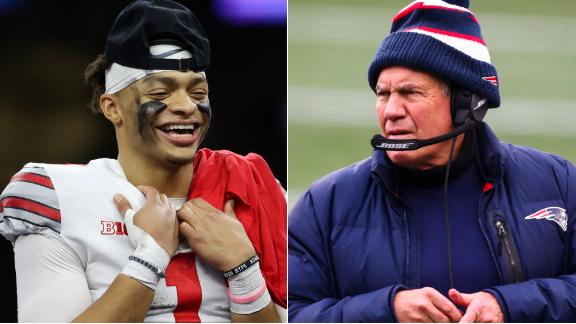 Fields' surprising landing spot in McShay's first mock draft
Todd McShay breaks down why he has Justin Fields being selected by the Patriots with the No. 15 pick in the 2021 NFL draft. 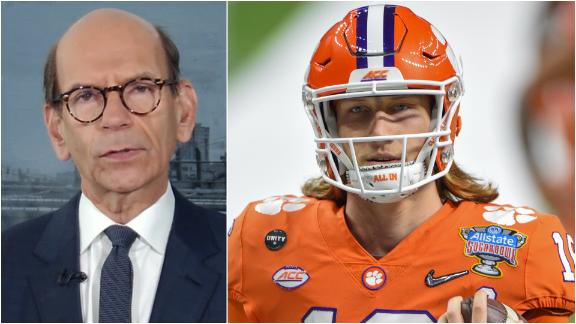