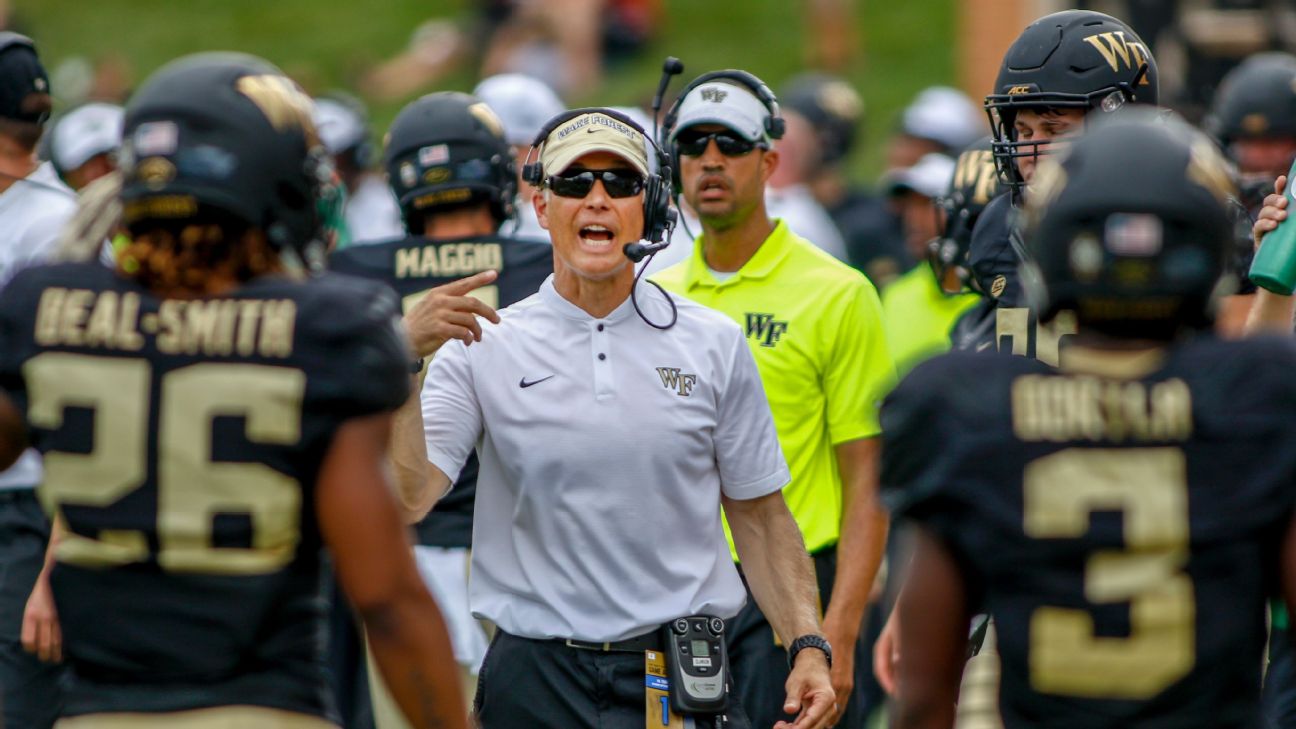 With Hurricane Florence bearing down on the Carolinas' coastline, schools and conferences are monitoring the strengthening storm's progress and exploring contingencies for college football games this week.

The National Hurricane Center issued an advisory Monday that the storm is expected to approach the North Carolina or South Carolina coast Thursday as an "extremely dangerous major hurricane."

That would be the same day Wake Foresthosts Boston Collegein an ACC matchup, and two days before six power-conference schools host nonconference games in the Carolinas and Virginia.

For now, the teams are moving forward with game-week plans until told otherwise.

"We're expecting to play and proceeding and planning like we will until somebody says we won't," saidNC Statecoach Dave Doeren, whose Wolfpack host No. 14 West Virginia. "That's really the best we can do in this situation."

Florence had strengthened into a Category 4 storm by Monday afternoon, with maximum sustained winds near 130 mph, according to the hurricane center. Its projected path appears headed through the center of North Carolina but could also veer through South Carolina and Virginia. And some forecasts have the storm slowing to linger over the Carolinas, spreading heavy rain all the way to West Virginia, leading to flooding and power outages.

It has already forced at least one change: Coastal Carolina's Saturday home game in Conway, South Carolina, againstCampbellin the Sun Belt has been moved up to Wednesday afternoon and relocated to Campbell's campus in Buies Creek, North Carolina.

The ACC's football operations manual allows for games to be delayed, relocated, suspended, canceled or postponed if conditions "pose a threat to the safety of the game participants and/or fans in attendance." Meanwhile, North Carolina, NC State and Wake Forest all issued statements saying they were monitoring the storm, with NC State and UNC noting they were also consulting with regional authorities.

In North Carolina, No. 18 UCFvisits UNC in Chapel Hill on Saturday at noon ET, followed by the West Virginia-NC State matchup at 3:30 p.m. ET about 30 miles east in Raleigh.

In South Carolina, No. 2 Clemsonhosts Georgia Southernon Saturday afternoon while South Carolina hosts Marshallthat night. And in Virginia, No. 13 Virginia Techhosts East Carolina-- which has already called off classes for the rest of the week as of Tuesday afternoon -- while Virginiahosts Ohioin afternoon games.

"First of all, it's important to get the notion across to the team that they can't worry or assume anything," Hokies coach Justin Fuente said. "We just don't know what's going to happen, and we have no control over that. We have to worry about the things we can control." 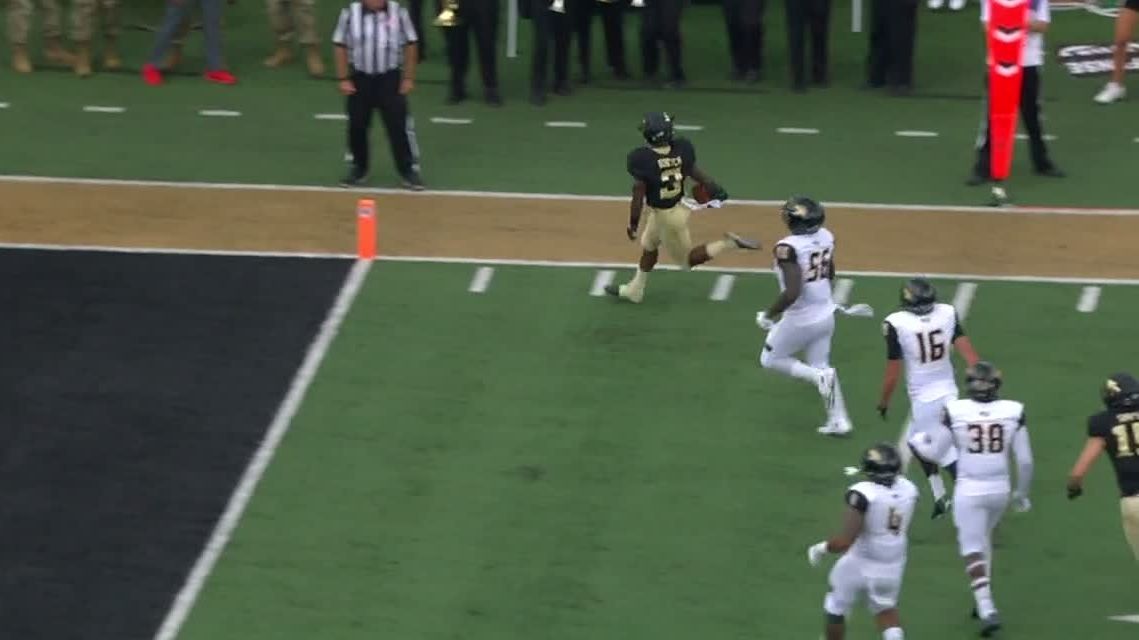