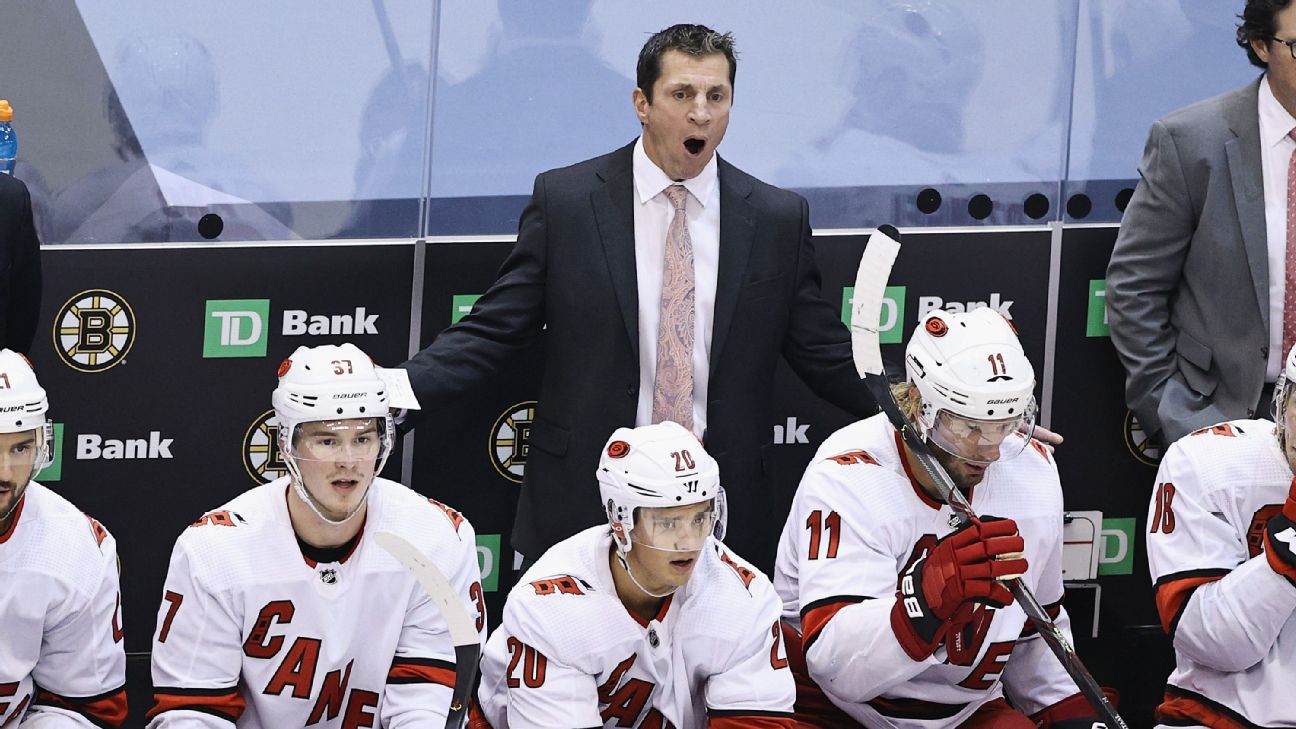 The Carolina Hurricanes coach provided a four-word answer Thursday when asked whether he had anything more to add a day after being fined for calling the league "a joke" in criticizing an officials' ruling on a goal challenge.


"Fortunately, nope. Moving on," Brind'Amour said during a Zoom conference call from his team's Toronto hotel hours before the Hurricanes were to play Game 2 of their first-round series against the Boston Bruins.

Brind'Amour caused a stir a day earlier after a 4-3 double-overtime loss, after which the NHL fined him $25,000 for his comments and issued him a conditional $25,000 fine for any similar comments he might make over the next calendar year.

At the very least, Hurricanes owner Tom Dundon had his coach's back. Under the heading "In Rod We Trust," the Hurricanes posted a photo on their Twitter account of a $25,017 check, with a Hurricanes logo on it, signed by Dundon and made out to the NHL Foundation

Initially upset he wasn't asked about the officials' ruling during a postgame news conference, Brind'Amour later voiced his complaints to several publications that cover the Hurricanes.

At issue was how officials dealt with the Hurricanes challenging Charlie Coyle's second-period goal, which put Boston up 2-1.


The puck was batted by a Bruins player's hand and fell into the crease, where Carolina goalie Petr Mrazek made an attempt to smother it. Coyle poked the puck loose and scored.

Brind'Amour told the Raleigh News & Observer that, as he was preparing to make his challenge, referees Chris Lee and Francis Charron declined to reveal their on-ice ruling regarding the goal. That left Brind'Amour having to make a decision about whether to challenge goalie interference or whether play should have stopped because of an illegal hand pass.

Brind'Amour's challenge of an illegal hand pass was denied because Lee ruled Mrazek had possession of the puck even though play wasn't stopped, leading to the possibility of goalie interference. Teams are allowed only one challenge per goal.

"They wouldn't tell you. It makes no sense," he was quoted telling the newspaper. "This is why the league's a joke, in my opinion, on these things. ... That one is a crime scene."