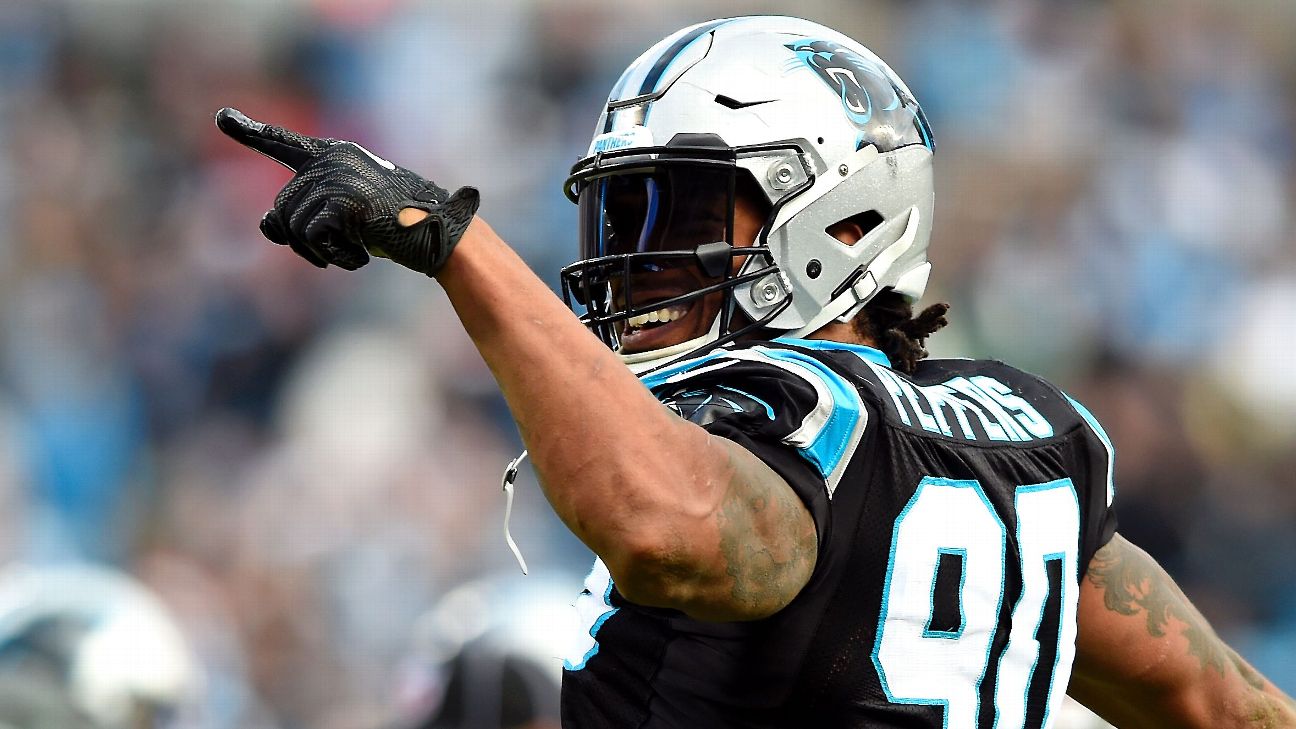 The Bailey native said his family wasn't hit hard by the storm that wreaked havoc on North and South Carolina, but he eventually wants to visit the areas that were severely impacted. He also wants his teammates and others in the community to join him and Foundation for the Carolinas in their relief effort.

"I kept an eye on it because it was personal for me," he said. "It was stressful just watching it. We didn't know who was going to be impacted by it. It was a stressful time.

"Now that we're safe we need to go out and help others that need it."

This was Peppers' first interview outside of the team website since re-signing on a one-year, $5 million deal in March. He has been so quiet that reporters had to petition the league for him to meet the required media obligations for players.

Peppers, the oldest defensive player in the league, also has been AWOL in getting to the quarterback. He has no sacks, leaving him right where he was when the season began in his pursuit of third place on the NFL's all-time list. He's still 5.5 shy of Kevin Greene, who has 160.

"It's something I know how to do," Peppers said of collecting sacks. "I'm not that concerned about it. They always say the first one is the hardest to get. They say they come in bunches and all that stuff. I'm not worried about that at all. Right now I'm worried about helping us get a win this week against Cincinnati.

"The accolades and all of that personal stuff, that'll take care of itself."

Peppers will have more opportunities for sacks against the Bengals on Sunday. Coach Ron Rivera and defensive coordinator Eric Washington said they want to get Peppers on the field more.

Rivera said he'd like to see Peppers' snap count increase by five to 10.

"We talked to Pep,'' Rivera said. "We want to make sure we're at that point we can move forward. The guy is unbelievable. He's worked hard. He's the kind of guy you wished he was younger.''

Peppers spent most of the offseason and training camp rehabbing from shoulder surgery. He didn't play in the four preseason games and didn't begin practicing until the week before the opener.

"He needs to play more and he will,'' Washington said. "We need to do a better job with the rotation getting Pep in the game in obvious passing situations, and just rotating him in general.

"But there's no reason why his snap count has been what it is."

Peppers said getting in football shape has been a process, but added, "We'll get there."

The 6-foot-7, 295-pound Peppers had one assisted tackle against the Cowboys and a solo tackle against Atlanta. The glaring stat is no sacks for a player who had 154.5 in his first 16 seasons and tied for the team lead with 11 a year ago.

"Typically, you play about two or three games before you get your feet under you," Rivera said. "I believe he's at that point. I really do. And I expect him to continue to play the way he has and I think he will. He's that type of player."

Asked to evaluate his play thus far, Peppers said, "It's been so limited so far, I don't know if you can get a good gauge of how it's going. We'll get there."

He didn't blame his age, saying he wears the status of being the NFL's oldest defensive player as a "badge of honor."

Peppers has been considering retirement the past five years. He returned for a 17th season because "I feel I have more to offer."

"We'll see when I get there," Peppers said.