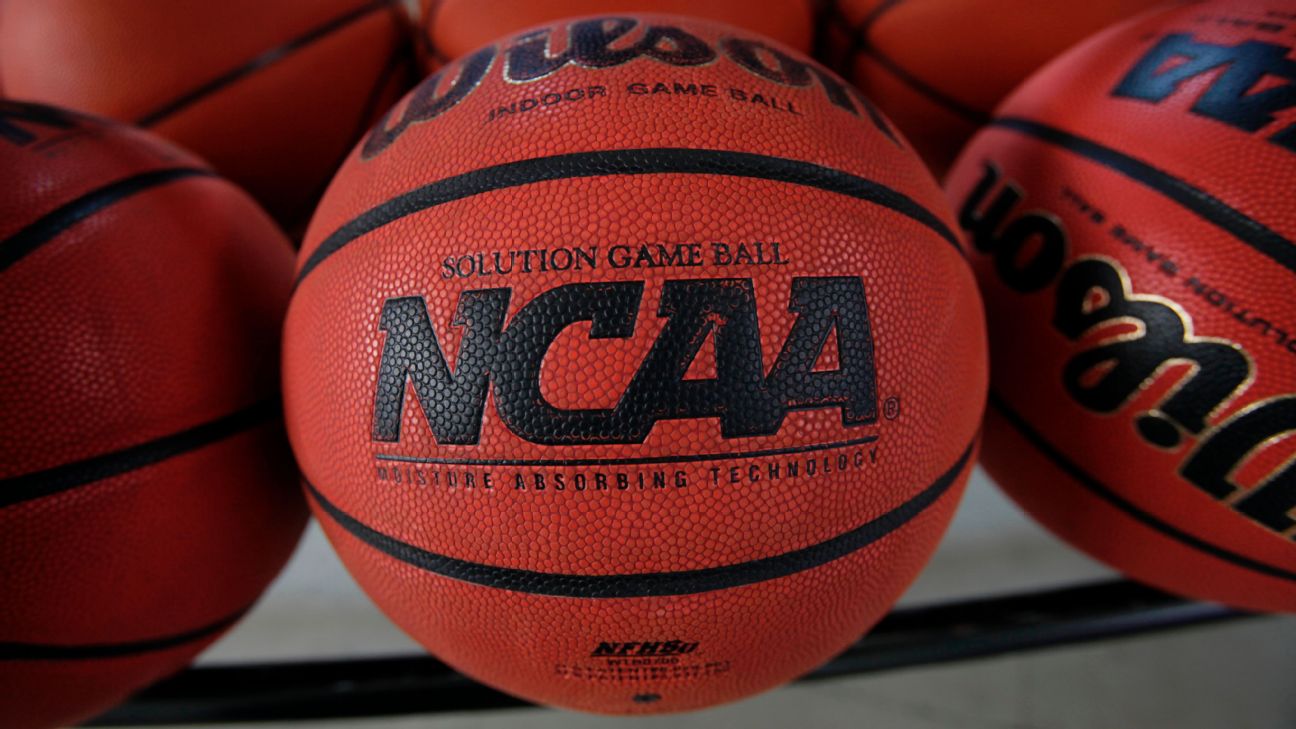 The misses kept coming at an astonishing rate for No. 23 NC State on Saturday.When it was mercifully over, the Wolfpack had put up the lowest point total by a ranked team in more than three decades of the shot-clock era, according to ESPN Stats & Information.

In its 47-24 loss to No. 12 Virginia Tech in Raleigh, North Carolina, the Wolfpack also flirted with the all-time low total -- 20 points by Saint Louis against George Washington in 2008 -- since the shot clock began in the 1985-86 season, ESPN Stats & Info said.

The ACC said the Wolfpack surpassed the previous low mark for a league team set by Georgia Tech in a 57-28 loss to Virginia in January 2015. And NC State's 16.7-percent shooting (9 of 54) also now stands as the lowest percentage in the history of a league founded in 1953.

"I can't tell you I've seen this before. Obviously it didn't go the way we wanted it to," Wolfpack coach Kevin Keatts said. "I don't know that I've ever been a part of a game where none of our guys played well. Obviously, as you look at the stat sheet, we didn't shoot the ball at all that well. I thought it would get better in the second half, but obviously it didn't.

"It was crazy. It was almost like there was something on the rim."

C.J. Bryce brought the Wolfpack to 19 points with 18:35 remaining in the game, but they didn't make another field goal for nearly 12 minutes. The Wolfpack made three shots in the second half.

After not scoring fewer than 15 points in a half in the past 10 seasons, per ESPN Stats & Info data, NC State was held below 15 in both halves Saturday.

The Wolfpack's starting backcourt of Markell Johnson and Braxton Beverly combined to shoot 0-for-17 from the field.

NC State (16-6, 4-5) was coming off a 66-65 overtime home loss to No. 3 Virginia, rallying from 14 down in the second half to force overtime. And with its fast pace and pressure defense, the Wolfpack entered this game ranked third in the ACC in scoring (84.4 points), third in shooting percentage (.484) and fourth in 3-point percentage (.378).

Perhaps there was a sign that things were off when the school tried to honor the presence of program great David Thompson at PNC Arena by showing his image on the scoreboard in the first half -- but instead zeroed in on 1980s player Ernie Myers (who started motioning to the camera that it was a mistake).

The Wolfpack made just 2 of 28 3-pointers. It was NC State's lowest total since it beat Duke 12-10 in the 1968 ACC tournament -- back then, underdog teams often used stalls, hoping to keep close.

"I don't know that I've had a game where I thought every guy on the team played bad," Keatts said. "Typically, you'll say, 'All right, here's a silver lining in this,' or 'Here's a positive about it, you have a guy who plays extremely well.' When you look at these numbers, there's not one guy that I can point out I thought played well."

A week to the day after hitting a buzzer-beating, 3-pointer to beat Clemson on this court, Beverly shot 0 for 12, missing nine times from behind the arc.

Virginia Tech shot just 36 percent and made 7 of 21 from behind the arc. But the Hokies didn't need much production against the cold-cold-cold-shooting Wolfpack.

"I was thinking the whole time: 'OK, we're not shooting it well but our defense is staying there and we're going to start making shots eventually,'" Walker said, "and it never happened for us tonight. It's just, it's sad."

Information from The Associated Press and ESPN's Jeff Borzello was included in this report. 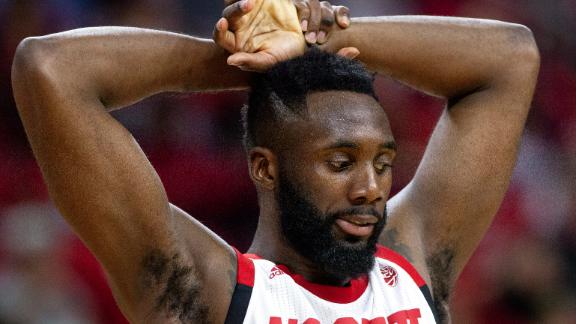 NC State held to historically bad 24 points
No. 23 NC State shoots 16.7 percent from the field against Virginia Tech, scoring the fewest points by a ranked team in the shot clock era. 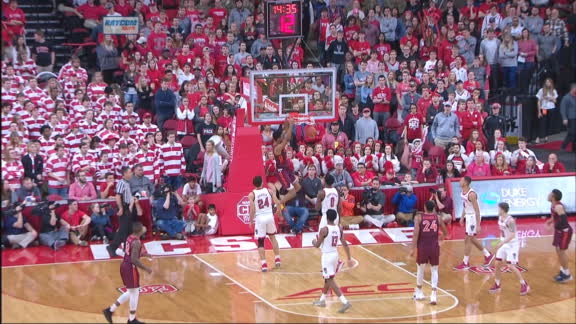