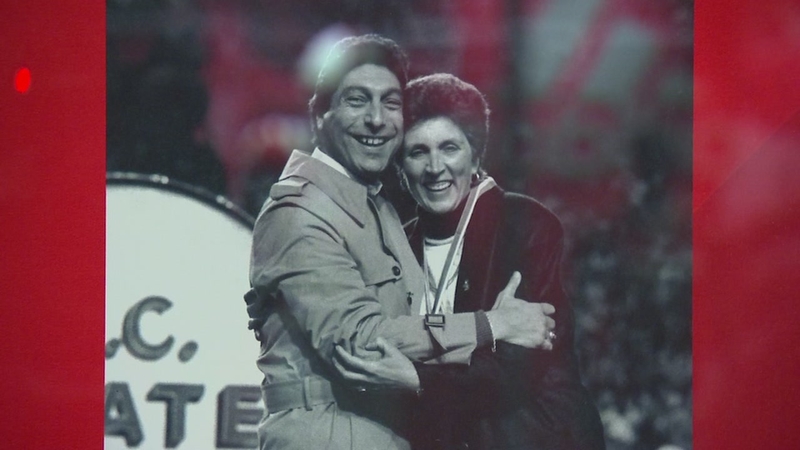 The announcement was the result of a successful $5 million fundraising campaign headed by NC State Trustee Tom Cabaniss. 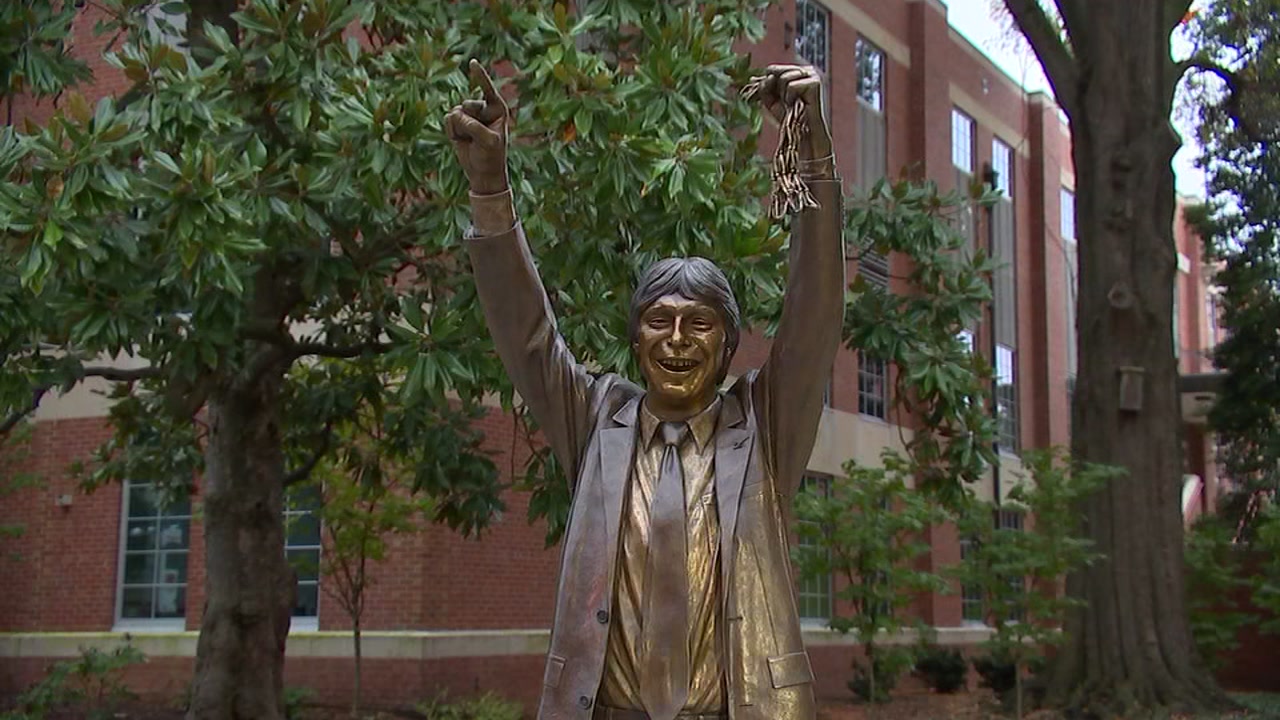 NC State adds Jim Valvano name to storied Reynolds Coliseum
The school announced Wednesday that the arena in Reynolds Coliseum will be named for the former coach. The James. T. Valvano Arena will be dedicated on Dec. 5 to the man who guided the Wolfpack to the 1983 national championship, the program's second NCAA basketball title.

Valvano's former wife Pam Strasser told ABC11 that Cabaniss had approached her a couple months ago with his plan. She was stunned and overjoyed, knowing that Jim would've been impossibly touched by the gesture, given his love for the school.

With the fundraising finished Wednesday and a formal announcement, that feeling only intensified for her. Strasser wanted everyone at State, from fans on up, to know how much she and the family appreciated the school.

It goes without saying that Strasser and Valvano didn't always have the warm fuzzies for State in the immediate wake of his firing almost 30 years ago.

A good segment of the fanbase still harbors more than a little resentment about it as well. For the family, those feelings are long gone though.

Strasser said that the good that NC State has meant to her family far outweighs any bad that happened.

Here is was Pack fans are saying on Twitter:

The responses are obviously far from scientific, but the fact the tweet received a fair amount of likes seemed to indicate I had a pretty good sense of the general mood. There were some other interesting responses.

I was a freshman at State in 1980, V's first year there. So many memories made in that arena. This is long overdue and the news actually brought a few tears.

Not gonna lie. I almost got a bit choked up, but Coach V and Reynolds are to soft spots for me. Very happy to see this happening.

For others, it triggered nostalgia.

Lucky enough (and old enough) to be a student in the building at Reynolds while Jimmy V coached. I'm cool with it :) 🐺

Nostalgia is not always a good thing when it brings back raw feelings. There is still bitterness out there at how Valvano was treated at the end of his tenure.

Too little too late

Absolutely! Stick in the face of the clowns that ran him off.

A few appreciated the gesture but would've liked something else much better.

Should of just added Jimmys name to the court alongside Kay. It really does suck we can’t name the court at PNC after Valvano.

Love it. Also would’ve liked the court in PNC to be named Jimmy V court but oh well this works. Took way too long though.

Should build the Valvano Arena on Centennial and host games on campus. Just my two cents.

With the addition of Valvano Arena, the verbiage of the building is undoubtedly a little bulky.

I like it, but man is it a mouthful. Kay Yow Court at James T. Valvano Arena at William Neal Reynolds Coliseum. Whew

Valvano has a statue outside Reynolds and now his name will be on the arena inside.

It's a fitting tribute given the impact he had at State in his decade on campus.

We know though that his legacy though is so much bigger than State. The legendary speeches, the Eponymous Foundation and the countless lives that have been saved or bettered in his name.
Report a correction or typo
Related topics:
sportsraleighnc state wolfpacknc statebasketballraleigh newsfundraiser
Copyright © 2021 WTVD-TV. All Rights Reserved.
TOP STORIES
4 arrested in drive-by shooting that killed teen sitting at table
Father, son among 4 injured in north Raleigh dog attack, police say
Woman seriously injured after being hit by gunfire in Durham
How the pandemic may have affected your sleep routine
Rain Returns
NC State's RB Ricky Person Jr. hosts school's first NIL event
Show More
Official: 1960s civil rights activist Bob Moses has died
Fauci: CDC may back wearing face masks more
2 killed in double shooting on I-85 entrance ramp ID'd
Americans' optimism about US direction drops since May: POLL
21-year-old motorcyclist killed in crash in Fayetteville around 1 a.m.
More TOP STORIES News