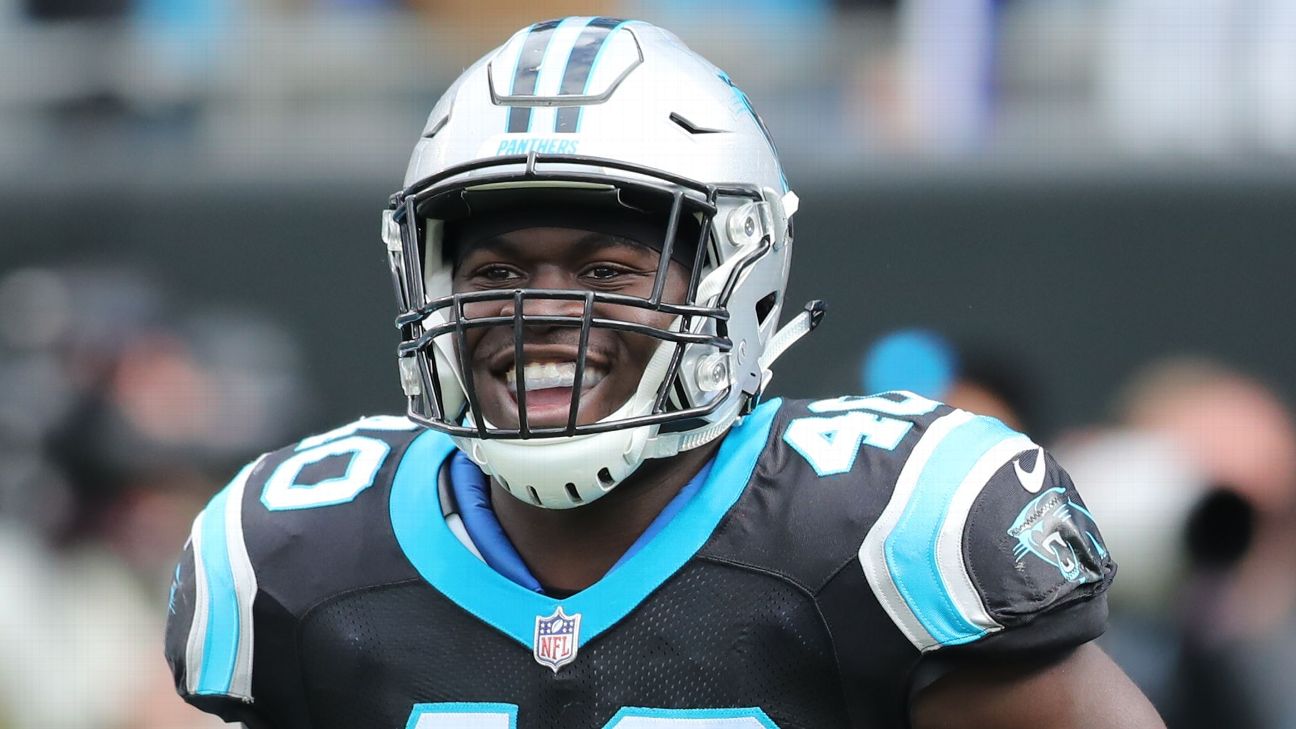 CHARLOTTE, N.C. -- Carolina Panthers fullback Alex Armah didn't wrestle in high school or college, but he knew enough from watching television and defending himself against siblings to recently detain a man trying to break into his car.

"I wasn't trying to get physical with him, but he kept trying to run," Armah told ESPN by phone about the Feb. 6 incident, which was first reported by the Charlotte Observer. "I had to put him in an arm bar so he'd stop moving until the cops got there."

The suspect, 32-year-old Daniel Cagle, was arrested by Charlotte Mecklenburg police on charges of attempted theft into a motor vehicle, according to the official report.

"I'm the youngest of four; I've got two older brothers," Armah said. "We always messed around, wrestled and everything. I watched some wrestling here and there on TV, some MMA, all that good stuff. It was nothing new to me."

Having his car broken into wasn't new, either. The 2017 sixth-round draft pick out of West Georgia had a perpetrator break into his car in December, prompting him to get a camera installed on the dash of his vehicle and connected to an app on his phone.

The app allows Armah to see anyone who goes in or around his car. On the day of the break-in, he immediately was notified when the video detected Cagle inside his car, which was parked in the garage at his Charlotte apartment.

Without hesitation, Armah rushed to the garage to foil the robbery.

"He got really erratic and started changing his story," Armah said. "At that point, the [apartment] concierge went ahead and called the cops for me."

Armah held Cagle for about five minutes until officers arrived. At no point did he fear the suspect might have a weapon.

"I wasn't worried. I wasn't afraid," Armah said. "I have confidence in myself. I didn't see him as too much of a threat from the position I was in."

Armah, listed as 6-foot-2 and 255 pounds, said Cagle weighed every bit as much as him and was slightly taller. But once he got the arm bar move on him, size didn't matter.

Until then, the highlight of Armah's offseason had been going to his home state of Georgia to watch Super Bowl LIII in Atlanta.

"It was just me being a normal guy, so I think, catching somebody breaking into his car," Armah said. "Every day across the country somebody is getting their car broken into. Oftentimes, the person is either caught a long time after the fact or he's never found at all.