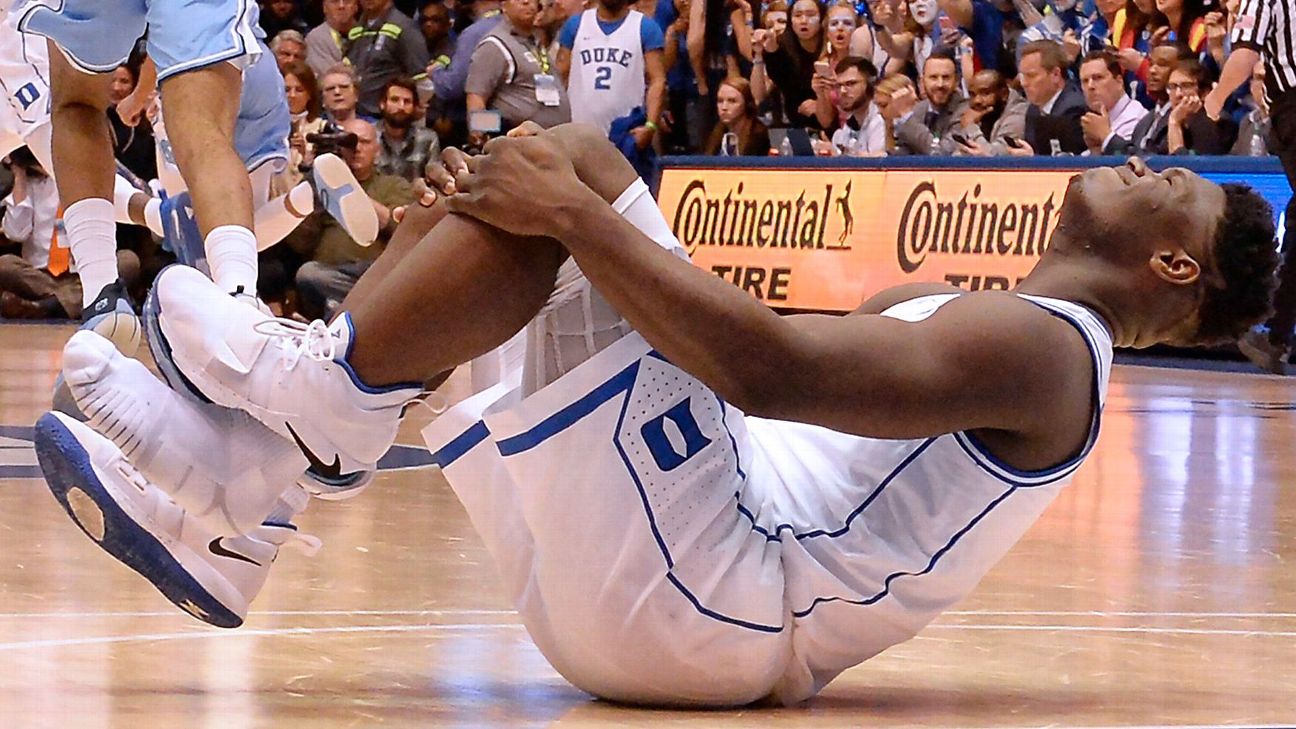 OKLAHOMA CITY -- Paul George said Thursday that he reached out to Nike to find out "what went wrong" with his PG 2.5 signature shoe that Zion Williamson was wearing when he injured his knee on Wednesday.

"But outside of that I don't necessarily know what happened, how it happened," George said. "I talked to Nike to see what went wrong, what happened with the shoe and I take pride in that. My shoes have been a successful shoe not only in college but in the NBA. A lot of people have been in them, a lot of people have been wearing them. So I don't necessarily know, but it's never happened to my knowledge before. So that's tough."

Just 33 seconds into Duke's showdown with North Carolina, Williamson planted to make a move, but then his shoe gave way and tore apart at the sole. He left the game and did not return and was diagnosed with a mild knee sprain.

George also reached out to Duke coach Mike Krzyzewski on Thursday to check on Williamson and wish him a speedy recovery.

Nike outfits around two-thirds of the NBA's players, and nearly 40 have worn the PG series each season since it launched three seasons ago -- the highest of any current player's signature shoe in the NBA. A few weeks ago, George and Nike released the latest iteration of his signature shoe, the PG 3, though most players aside from George are still wearing PG 2 and PG 2.5 from summer and fall 2018.

Following Williamson's injury, George became a target of social media negativity, with fans tweeting at him about his shoes.Nike's stock price also took a hit, down about 1 percent, or 89 cents, to $83.95 Thursday after rebounding from a morning low of $83.35.

"It hasn't happened to me as long as I've been in this shoe, we've made three generations going on four now of my shoe being successful, so I didn't necessarily feel any way about that part, the negative part of it," George said.

"My only concern is for Zion, honestly. People are making a big deal about the shoe. Everything should've been about Zion, his injury. That was the only thing I was concerned about was how bad it was and hopeful that it wasn't too bad and something he could come back from."

"We are obviously concerned and want to wish Zion a speedy recovery," Nike said in a statement. "The quality and performance of our products are of utmost importance. While this is an isolated occurrence, we are working to identify the issue."

While most NBA players will switch into a new shoe every three to five games -- and many star players wear a new pair every game -- Williamson appeared to be wearing the same pair throughout the year. Nike will examine if the shoe was simply worn down.

Shoe industry sources toldESPN's Nick DePaula that there is an internal consensus at Nike that the 6-foot-7, 285-pound Williamson is a force unlike any the company has seen before and will warrant his own custom-made shoes with added support and reinforcement once he's a pro. Custom shoes for college players are rare, except in cases of an extreme size or fit situation. For example, Nike made UNC Asheville's 7-foot-7 center Kenny George 12 custom pairs of a size 26 shoe.

However, all shoe brands will custom-make models for NBA players that require more support or other modifications. Joel Embiid, who wearsUnder Armour, requires added collar foam and padding for comfort, along with added reinforcement layers in the forefoot for lateral support.

Following Williamson's injury, some NBA players have also been vocal in criticizing the NCAA as well as voicing their opinion on whether Williamson should sit out the rest of this season to prepare for the NBA draft, in which he's the overwhelming presumptive No. 1 pick.

Duke spokesman Mike DeGeorge on Thursday could not confirm to the Associated Press a report by Action Network that Williamson had an $8 million loss of value policy written by Winston-Salem-based International Specialty Insurance that would pay out if he slipped past the 16th pick in this June's draft. Officials at ISI did not return telephone and email messages to the AP on Thursday.

ESPN's Nick DePaula contributed to this report. I 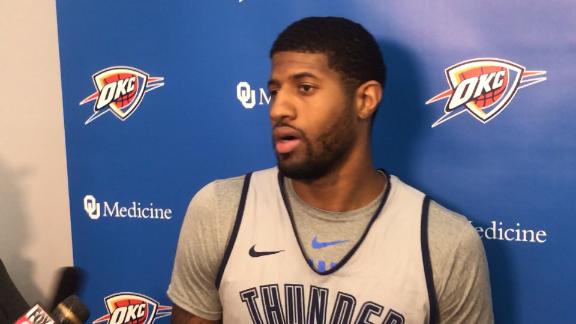 George on Zion's injury in his shoes: 'It's never happened'
Paul George comments on Zion Williamson's injury while wearing his signature Nike shoes, saying he talked with Nike to find out what went wrong. 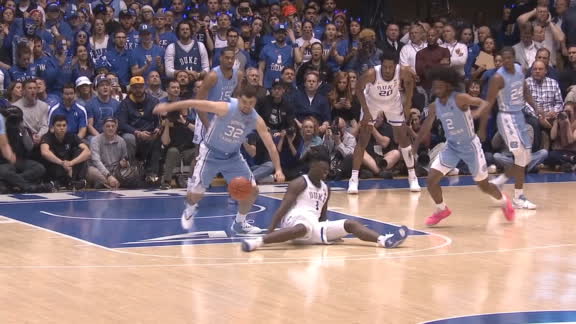