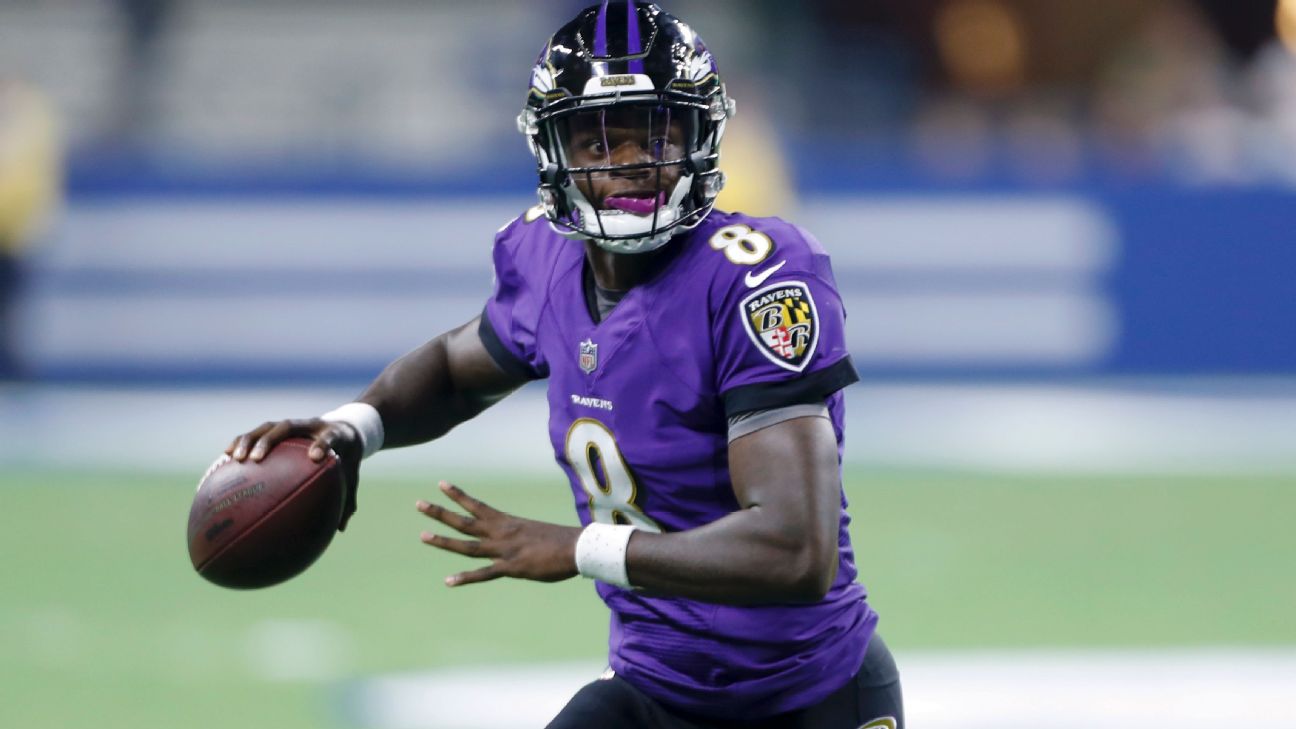 "I need his jersey after the game. Get that to him," Jackson said. "I'll man cave it."

Jackson and Newton have never met, although Newton was on the Auburn sideline as a fan and saw Jackson's first collegiate game with Louisville in September 2015.

Jackson has long been a fan of Newton. The No. 32 overall pick this year, Jackson drew comparisons with Newton heading into the draft.

"He's got a little bit more life in his legs than I do, a little bit more wiggle," Newton said. "I'll be trying to take some notes out of his book. ... Not just him, a lot of other quarterbacks in this league.

"Very, very, very exceptional talent, Lamar is. I've been watching him for a long time."

Jackson smiled when told of the comments from a fellow Heisman Trophy winner.

"That's my Heisman brother," Jackson said. "So that's pretty cool that Cam was talking so highly of me."

Jackson, who is backing up Joe Flacco this season, will likely see the field Sunday in specialty packages. Jackson has run for 103 yards on 20 carries and completed 2 of 6 passes for 29 yards.

Jackson scored his first career NFL touchdown during last weekend's 24-23 loss to New Orleans. He put the ball in his man cave, and he hopes to add to his NFL memorabilia if Newton is willing.