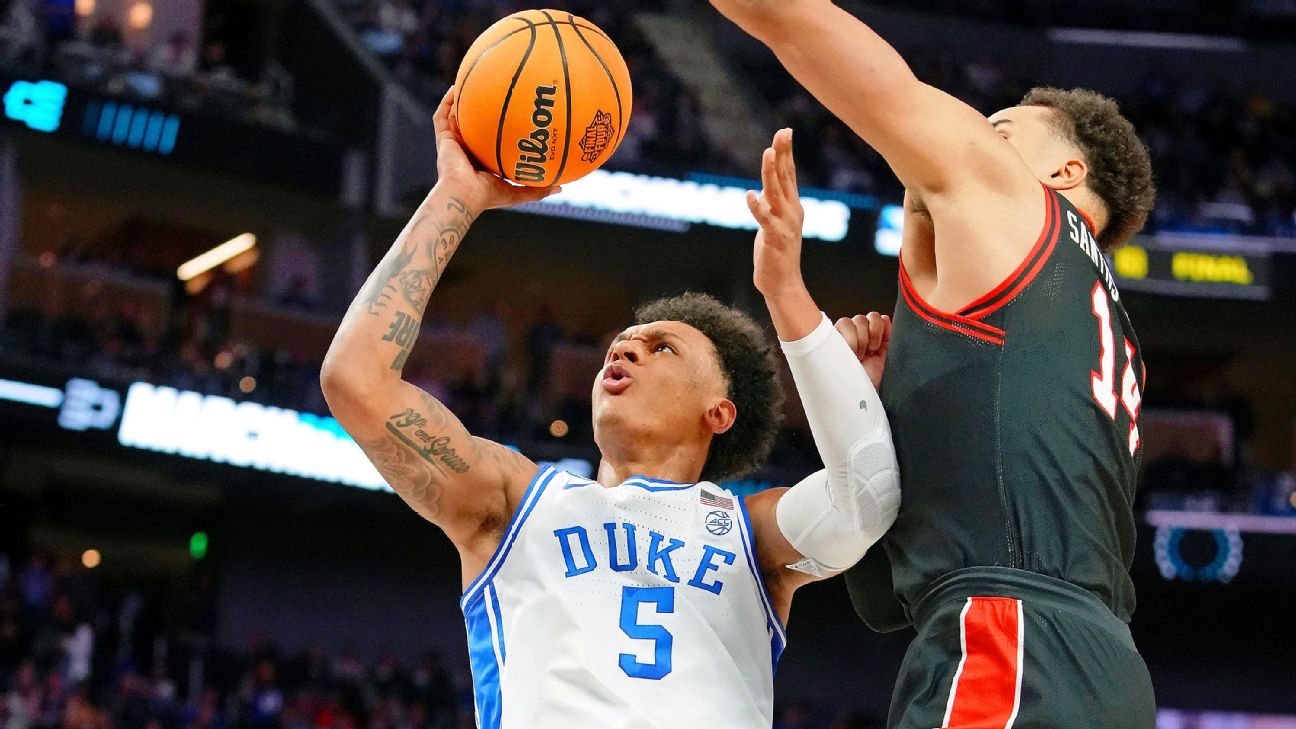 SAN FRANCISCO -- On Wednesday night, Duke's Paolo Banchero, Wendell Moore Jr. and Mark Williamshad just finished their media responsibilities at the Chase Center when they bumped intoStephen Curry, who has not been with the Golden State Warriors recently while he rehabs a foot injury.

Curry's message to the three Duke players 24 hours before their come-from-behind win over Texas Tech was simple: Don't take this opportunity for granted.


"He's talking to us, giving us advice, telling us we 'won't get this back, so make sure to cherish it and be in the moment,'" Banchero said on Friday as his team prepares for its Elite Eight matchup against Arkansas on Saturday. "To hear that from a legend like him is priceless."

Moore said Curry also told them that he still reflects on his time as a star at Davidson, which he called "some of the most fun times" of his basketball career.

In a video the team released of the players' interaction with Curry, coach Mike Krzyzewski -- who recruited Curry's brother, Seth -- also spoke with the NBA superstar. Before he left, Curry told the team that "I will be rooting for you all tomorrow."

On Thursday, Duke finished strong and beat the Red Raiders 78-73 to advance to the Elite Eight and a shot at the Final Four in Krzyzewski's final season as a head coach.

When the team entered the building before its game against Texas Tech, Curry was standing near the tunnel, fist-bumping the players and staffers as they walked toward the locker room.


Duke guardJeremy Roachsaid the encounter with the NBA sharpshooter gave the team a boost.

"Walking through the tunnel yesterday, it kind of surprised me," Roach said about seeing Curry. "I saw him at the last minute and kind of walked past him to my left and then I stuck my hand out there. It's crazy to have a legend like that watching you in some of your biggest moments. It gives you more confidence when he's out there supporting you, too."

Although their time with Curry was brief, it's clear that the future Hall of Famer left an impression on the Blue Devils.