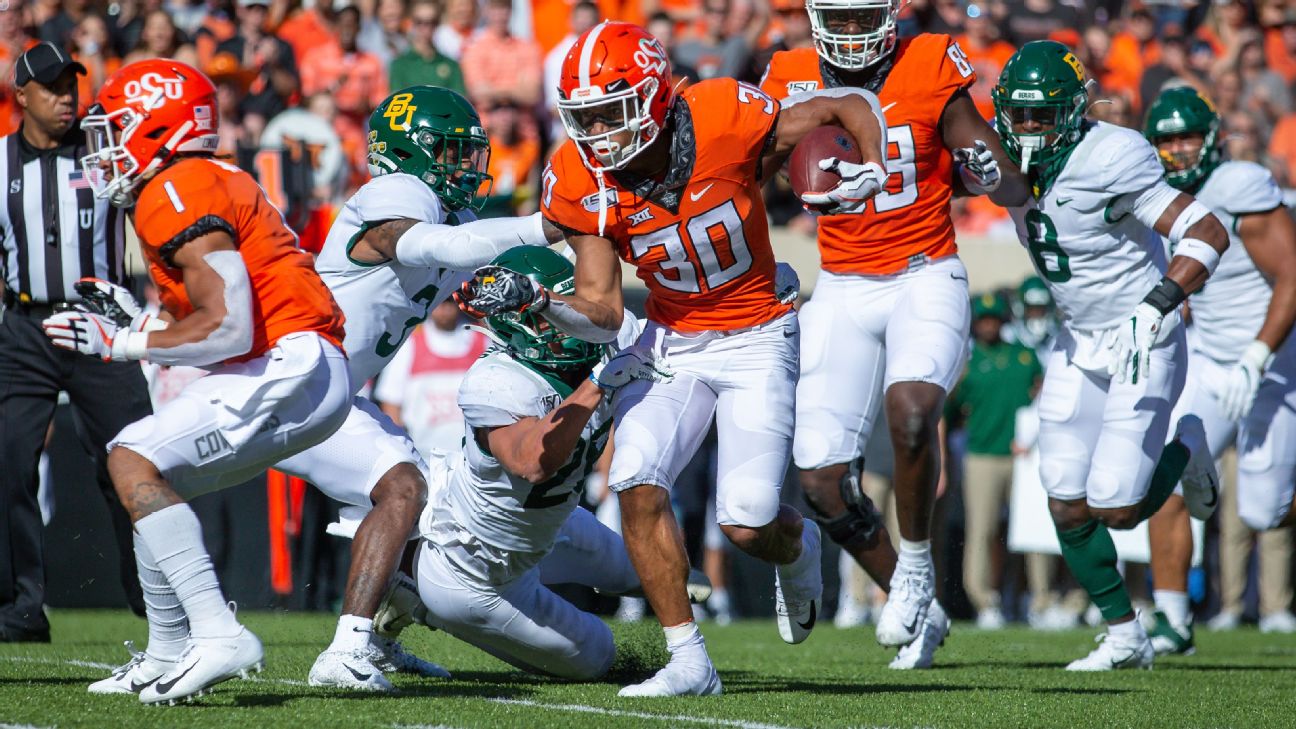 It turns out Julie Rhule also is a part of the process.


Rhule got a text from his wife 10 minutes before Carolina made its fourth-round selection on Saturday. She insisted he take former Oklahoma State running back Chuba Hubbard, who rushed for 171 yards and two touchdowns against Rhule's Baylor team in 2019.

Rhule shared the text with Hubbard when he called to inform him he'd been selected with the 126th pick. That was shared by the team website on social media. There also is a cameo by team owner David Tepper, who confirmed the text.

Here's how the conversation went:

Rhule: "What's up, man? You know, I couldn't sit there and watch you run wild on me all those years at Baylor and not take you when I had the chance.''

Hubbard: [Laughs] "Yes, sir. I appreciate it. Thank you for the opportunity.''


Rhule: "This is true. I've gotta tell you this, man. About 10 minutes ago, my wife texted me and said, 'Please take Chuba Hubbard.' So she speaks, it happens.''

Tepper: "That's actually an absolute true story. He showed me the text. She said: 'You better come home and you better have [Hubbard].' I'm telling you the truth. It's the damn truth.''

Rhule said the Panthers were considering Hubbard with their initial pick in the fourth round (109) before trading back for the fifth time, so he couldn't give all the credit to his wife.

Rhule said the staff arrived Saturday morning with several players "in a clump that we liked,'' including Hubbard.


"He was a dynamic player in 2019 that had two injuries last year that he had to rehab during COVID, which is a hard time,'' Rhule said. "He played through it. He was tough enough and cared enough about his teammates to play on a high ankle sprain, so it wasn't the same level of productivity.

"Julie, being a coach's wife, she's sat through a lot of games and seen a lot of people. It's funny, I had one former executive who texted me and said, 'It's pretty simple. When you play against guys and you hate playing against them, they're people someday you want to put on your team.'"

The Canadian-born Hubbard actually grew up a fan of former Panthers quarterback Cam Newton and cheered for Carolina in Super Bowl 50 following the 2015 season.

He's also a fan of Carolina running back Christian McCaffrey, considered one of the best all-purpose backs in the NFL. Hubbard says he models much of his game after McCaffrey's, particularly when it comes to receiving.

Apparently, Rhule's wife already is a big fan of Hubbard's. 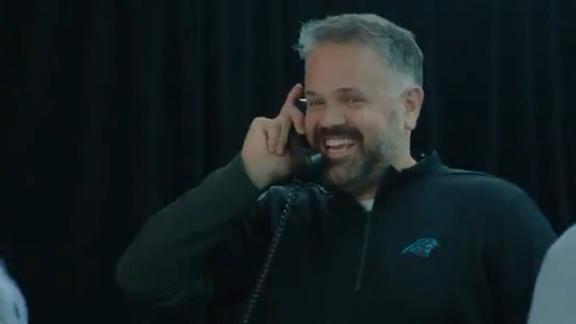 Matt Rhule's wife gets her wish as Panthers draft Chuba Hubbard
Former Oklahoma State running back Chuba Hubbard gets the call from coach Matt Rhule that he has been drafted by the Panthers. 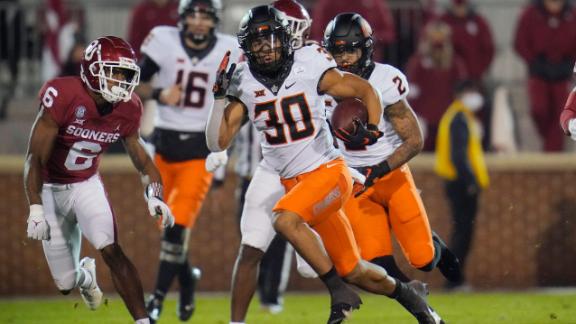