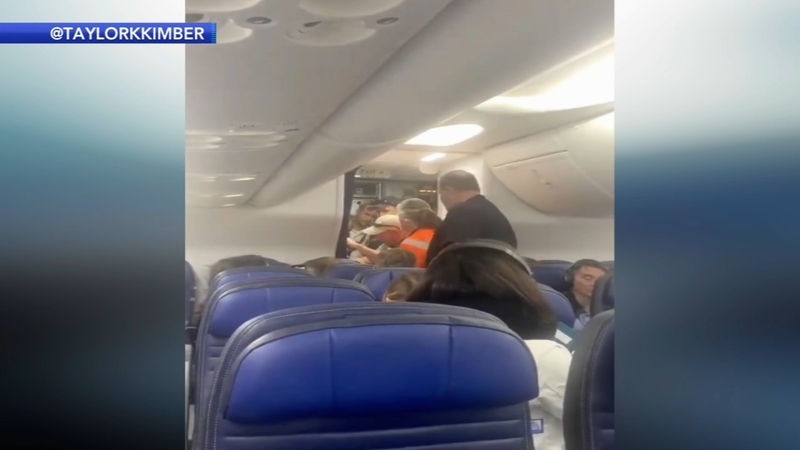 Passenger gets stuck in airplane bathroom

DENVER, Colorado -- A flight from Washington DC to San Francisco was diverted to Denver after a passenger became stuck inside the airplane's bathroom.

Passengers on the plane said once the Denver Fire Department freed the person inside that passenger was making jokes about the situation.

Well folks it’s never a dull moment on @united , we have to make an “emergency landing” in Denver because a passenger got stuck in the bathroom. You can’t make this up...also the Wi-Fi is crappy and there is no way for me to charge my phone, happy travels. #unitedairlines pic.twitter.com/FHieakiO7Z

All of the passengers have since continued on to their destination on a new aircraft.

United Airlines issued the following statement regarding the incident:

Flight 1554 from Washington D.C. to San Francisco diverted to Denver to assist a customer who was in the lavatory when the lavatory door became inoperative. The passenger was safely removed from the lavatory after landing, and customers have since continued on to their destination on a new aircraft. We are reaching out to all customers onboard and the customer in the lavatory to apologize.