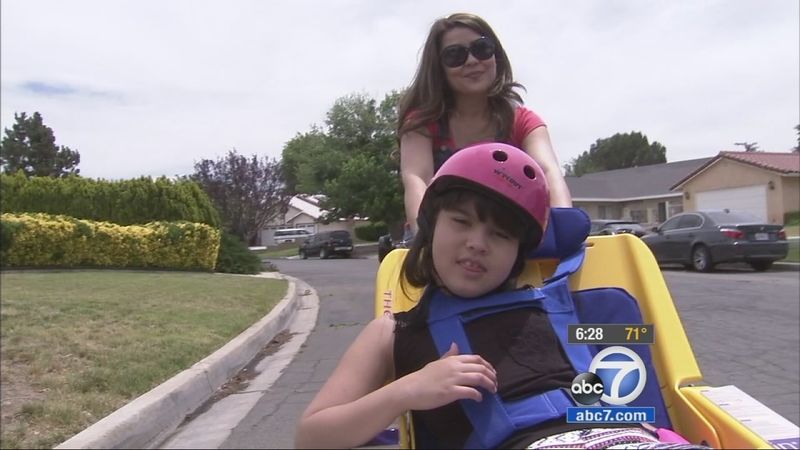 VICTORVILLE, Calif. -- A quadriplegic Victorville girl born with multiple disabilities, including cerebral palsy and epilepsy, enjoyed a bike ride with her family.

The ride is something 9-year-old Ashlynn Aguilera never got to do until she won the $5,000 bike in a national online contest called "The Great Bike Giveaway."

In February, her mother, Connie, contacted our sister station in Los Angeles to help spread the word about the contest for the special needs adaptive tandem bicycle.

After the story aired, viewers stepped up and helped Ashlynn win the contest with 13,000 online votes.

"We had so many limitations, but now we're able to do more things as a family," Connie said.

The bike arrived shortly before Ashlynn's 10th birthday. The Aguilera's said they also spent another $2,000 in safety upgrades on the bicycle. The base model did not come with a harness, headrest or plastic wheel guards that were needed for Ashlynn to take a ride.

For the first time in her life, Ashlynn finally has a bike of her very own.

"She seems excited, happy, but more so just relaxed," Connie said. "It's almost impossible sometimes for a special needs child to have those normal-like childhood memories. So to have this bike - it's just a blessing. It really is."

The family plans on debuting the bike to other family members and friends over the weekend at Ashlynn's birthday party.