Armstrong: Paige not a champion, but still a winner 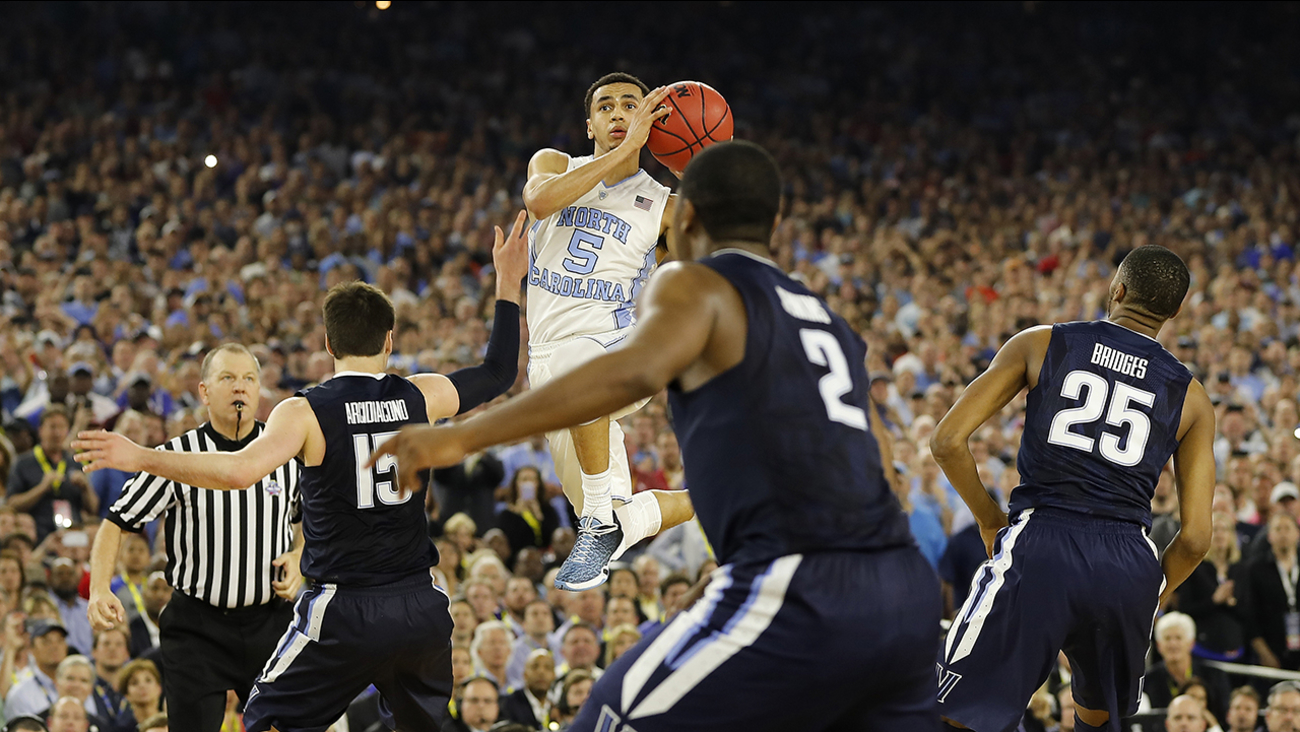 Marcus Paige hit this unbelievable, off-balance, hang-in-the-air 3-pointer to tie the game and potentially send it to overtime. (Kiichiro Sato)

HOUSTON (WTVD) -- I had to leave NRG Stadium at the under-4-minute media timeout so as to assure I'd be live on TV as soon as the game ended.

That meant I didn't get to witness that finish in person, but I definitely experienced it. Twice the stadium exploded in noise and twice I waited for the FanZone big screen to explain the madness. Each time I let out an involuntary exclamation. There may have been some incredulous profanity involved. Who am I kidding -- there definitely was.

He doesn't get to call himself a national champion, but that shot, that effort in the closing minutes was the stuff of legend. It was sophomore Marcus, a remorseless sniper who would rain all manner of shots.

I know there are formalities involved with having a number honored at Carolina. Bypass the ones that don't include Marcus. No. 5 needs to be in the rafters. For four years he's been the epitome of a student-athlete. That continued with an incredible performance at the postgame press conference. He is what every coach wants and what every kid should aspire to. That likely sounds a little over the top, but it's the truth.

Nova shot 58 percent for the game and 58 percent for the Tournament. A laughable number made even more preposterous by the fact that they're a perimeter team. By mathematical necessity that means they missed 42 percent of their shots but I'll be damned if I can remember any of them. EVERY TIME they needed a big shot, they drained it. And it was multiple players tossing in those daggers. Kris Jenkins hit the most famous shot in Villanova history, but at other moments it was Phil Booth, or Ryan Arcidiacono or Josh Hart or ... bottom line -- they were indomitable and very worthy champions.

That finish was everything we love about sports. It was intoxicating, it was mind-bending, it was so final. Winning at the buzzer is so final. The Heels will forever want just three more seconds they can never have.