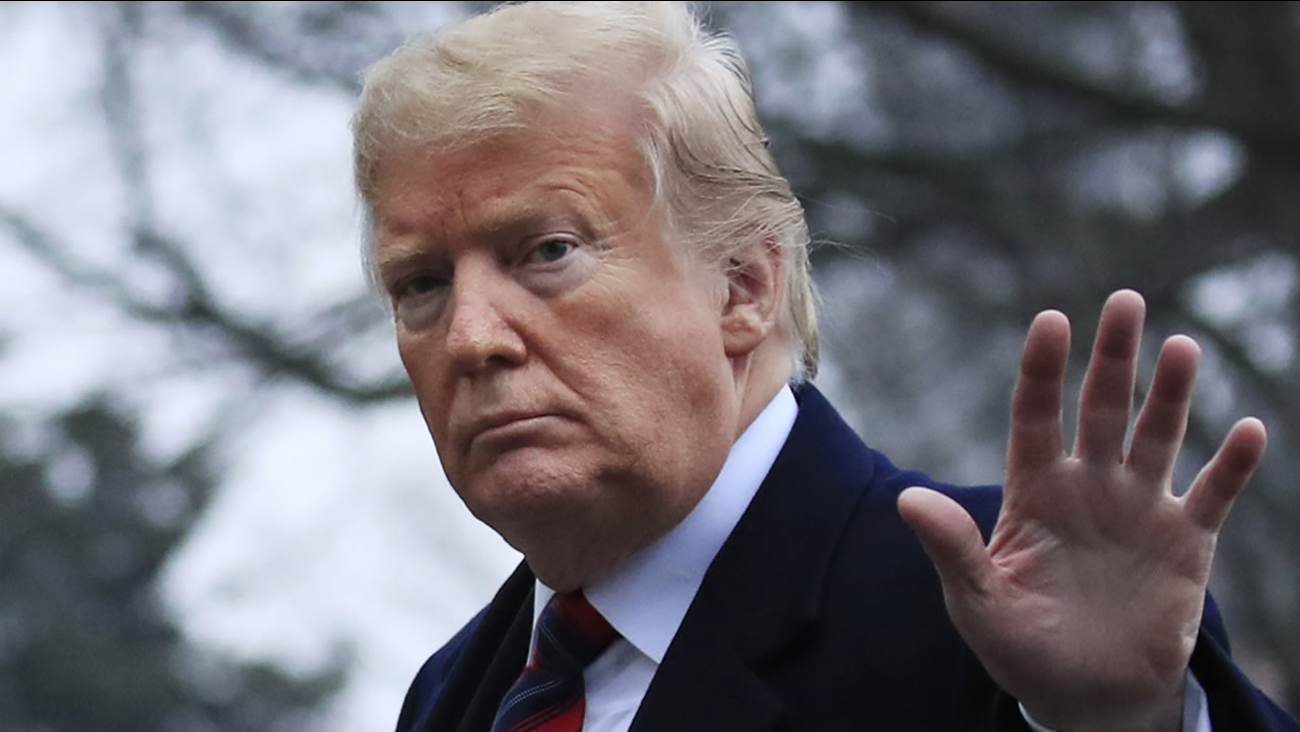 The president has already imposed 25% tariffs on $250 billion in Chinese products, and Beijing has retaliated by taxing $110 billion in U.S. goods.

U.S. consumers are likely to feel the pain if Trump proceeds with the new tariffs. Trump's earlier tariffs had been designed to minimize the impact on ordinary Americans by focusing on industrial goods. The new tariffs will hit a vast range of consumer products from cellphones to silk scarves.

The president's action came as a surprise, just as U.S. and Chinese negotiators were concluding a 12th round of what the White House called "constructive" trade talks in Shanghai. The negotiations ended Wednesday without any sign of a deal but are scheduled to resume next month in Washington.

The Dow Jones Industrial Average, which had been up nearly 300 points earlier, was down nearly 200 points soon after Trump's tweets announcing the new tariffs.

Trump has long said he was preparing to tax the $300 billion in additional Chinese tariffs. But he suspended the threat after meeting with President Xi Jinping in Osaka, Japan, in June.

It isn't clear when American consumers are likely to feel the impact of the additional tariffs, but higher prices could show up in stores this fall.

"Attention all Target & Wal-Mart shoppers -- the price on the goods you buy ahead of the holidays are going up due to trade policy," tweeted Joseph Brusuelas, chief economist at the consultancy RSM.

Trump also tweeted that "we look forward to continuing our positive dialogue with China on a comprehensive Trade Deal, and feel that the future between our two countries will be a very bright one!"

The president blamed China for not following through on stopping the sale of fentanyl to the United States or purchasing large quantities of farm goods such as soybeans.

The world's two biggest economies are locked in a trade war over U.S. allegations that Beijing uses predatory tactics -- including stealing trade secrets and forcing foreign companies to hand over technology -- in a drive to overtake American technological dominance.

Talks had broken down in May after the United States accused the Chinese of reneging on earlier commitments.

"Unfortunately, these talks are not getting any easier," said Wendy Cutler, a former U.S. trade negotiator who is now vice president at the Asia Society Policy Institute. "I don't expect the Chinese to sit by -- The combination of these latest tariffs, with Chinese counter retaliation, is going to take a heavy toll on US consumers, workers, farmers, and businesses."

The effects of Trump's trade war were a factor in the Federal Reserve's decision Wednesday to cut interest rates in an otherwise healthy economy. Chairman Jerome Powell pointed repeatedly to the uncertainty caused by Trump's pursuit of trade wars on multiple fronts as a reason for the rate cut.