Task force recommends marijuana decriminalization in North Carolina, but how likely is it? 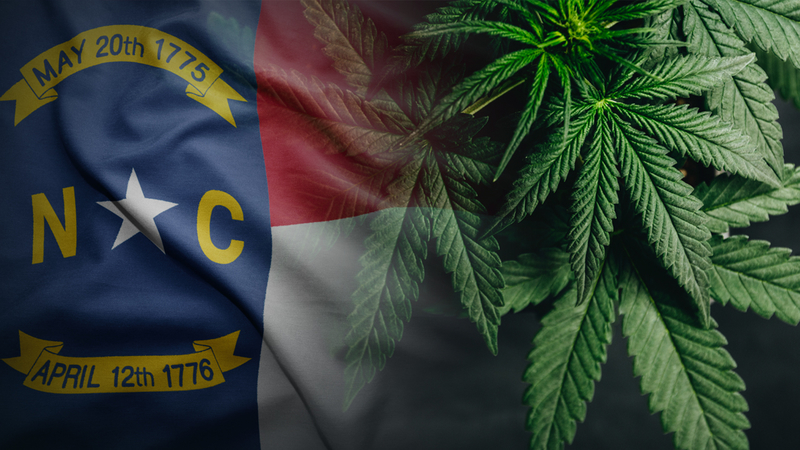 Task force recommends pot decriminalization in NC. How likely is it?

The task force, convened by Governor Roy Cooper and co-chaired by Justice Anita Earls and Attorney General Josh Stein, called for passing legislation of up to 1.5 ounces of marijuana by making such possession a civil offense and expunge past convictions through an automatic process.

"In 2019 alone, there were over 35,000 arrests for marijuana possession and over 10,000 convictions (in North Carolina). As a matter of equity, we should make it so it's not a crime going forward, but expunge the record of anyone who has a prior conviction so that they can have a better chance at success," said Stein.

"Data made available to the Task Force shows that 63 percent of the more than 10,000 convictions for simple possession of marijuana last year in North Carolina are people of color even though they are only 30 percent of the population and research documents that marijuana use is at roughly equal percentages among Black and white populations," said Justice Anita Earls. "This recommendation is intended to help alleviate racial disparities in North Carolina's criminal justice system," added Earls.

Stein believes those convictions can create barriers for offenders.

"If we can take this issue out of the criminal justice system and make it an infraction, decriminalize it, so we're not burdening people with a criminal record, and we're not clogging our courts and our jails, I think that ends up helping us all out," said Stein.

The General Assembly would have to vote on a new bill to change the law, meaning there would need to be bipartisan support on the matter. Previous similar legislation, such as HB 766, failed to attract enough interest.

"The measures that have tended to get that bipartisan support are the ones that get rid of old rules or old ways of doing things that seem to lead to greater expense, greater time within the criminal justice system, without having some major positive impact on safety," said Mitch Kokai, Senior Political Analyst at the John Locke Foundation, a conservative policy organization.

While legalization and decriminalization efforts in other states may impact lawmakers' thinking, Kokai is not bullish on its chances of passing in the upcoming session.

"I wouldn't necessarily bet money that anything is going to happen in terms of decriminalization of marijuana this time around. But I do think that people who have been skeptical will be a little bit more receptive to the idea this time around. And they certainly will be willing to give the idea more thought because criminal law reforms, criminal justice reforms, are going to be very much front and center."

Local municipalities cannot enact their own policies on the matter, though Stein said local officials do have some latitude in prosecutorial efforts.

"What local law enforcement and local prosecutors can do, and we encourage them to consider this, is de-emphasizing enforcement and prosecution of marijuana possession. Use your limited resources on other crimes that are going to keep people safe," said Stein.

Even if marijuana decriminalization does not gain traction, Kokai does believe there is bipartisan interest in criminal justice reform legislation.

"I think that is something that both parties enter into with the idea of wanting to find areas of compromise, and areas where they can make some major improvement in the system. How it would get caught up in the politics would be more along the lines of the governor and legislature are fighting over other things, so this just gets lost in the shuffle. I think both parties approach these criminal justice reform issues with the idea of 'let's see what works, and let's see what can be acceptable to all sides,'" said Kokai.