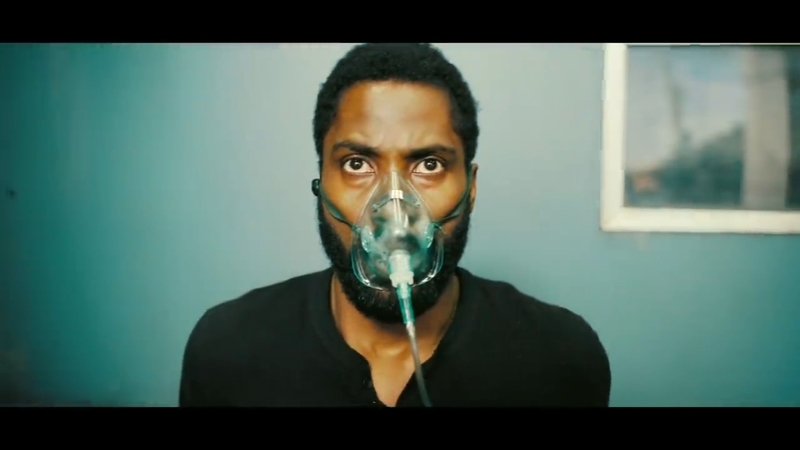 The first major blockbuster to be released to theaters since the pandemic began grossed more than $350 million around the world, but that wasn't enough for this expensive movie to break even -- meaning any profit will have to come from the home video release starting now.

"Tenet" couldn't open in Hollywood, New York City, and other places where movie theaters remain closed, but seeing it on the big screen was worth the effort.

The film shot in IMAX looks spectacular, but watching the picture at home is going to be a more comfortable experience.

"Tenet" is a palindrome, a word that reads the same forwards and backwards, and the movie directed by Christopher Nolan is set in a world where folks in the future can go back in time to cause problems in our present.

It's fascinating and very exciting and well worth seeing, though it's a tad too complicated for its own good.

At the center of the story is a spy played by John David Washington, and the man known as J.D. to his friends is the son of Denzel Washington. He's made his own way in the world for almost two decades now, and his starring role in Spike Lee's "BlacKkKlansman" secured his place on the big screen.

"Tenet" was supposed to make Washington an even bigger star, until the pandemic hit.

"You have this plan, this idea, of what it's going to be like when it comes out, to visit different countries over the globe, introducing the film," he said. "So knowing that wasn't going to happen, and it couldn't happen, was a bit discouraging."

Nolan insisted that the epic must be seen on a big screen in movie theaters.

"Everything I have is due to exhibition," he said. "It's due to the people who work in movie theaters, the people who sell the popcorn, who get my work out there."

Nevertheless, theaters on both coasts remained closed, and receipts in North America were just a fraction of the usual total for Nolan's movies.

"We were not able to see the film on the big screen," Nolan said. "And that's a great shame."

Next, he turned his attention to the home video version of "Tenet" and hoped millions more fans would see his movie that way.

"We spent a lot of, a lot of months making sure that looks and sounds as good as it possibly can," he said. "So I'm actually very excited about the home release."

Nolan is less excited about his home studio Warner Brothers' plan to release its 2021 movies in theaters and via home streaming simultaneously.

"It's a chaotic situation," he said. "I think we're lucky with 'Tenet' to not be a part of that. It's a mess. They're going to have to clean it up."

Sandy Kenyon has more on the harsh words between filmmaker Christopher Nolan and Warner Bros.

This conversation about where and when movies will be shown first is going to continue, but with so many suffering die to the pandemic, this is ultimately a luxury problem to be sorted out by the rich and famous in the years ahead. For now, Nolan wants "Tenet" to provide "a distraction and maybe a little escape" in troubled times.